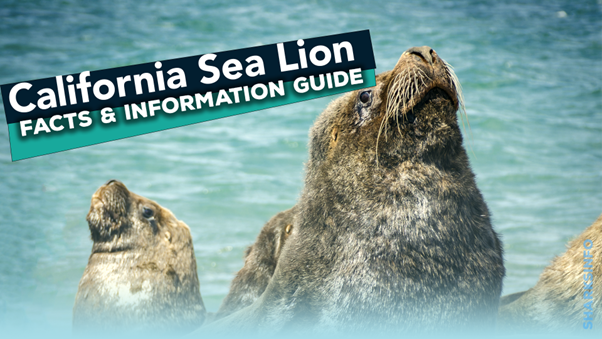 Zalophus californianus – The California sea lion is a group of marine mammals belonging to the family Otariidae, commonly known as an eared seal. They are named so because they have prominent flaps of external ears which distinguish them from the other seal families. They are often seen flipping out of the water or sitting on the top of the rocks just to maintain their body temperature. Scroll down to learn more about California sea lions.

What Is The Geological Distribution Of The California Sea Lion?

The California sea lion is as the name indicates are dominant among the coastal regions of California and Mexico. They have also been sighted in the open waters of the Galapagos Islands, Tres Marias Islands, the southern Sea of Japan, Baja Island, and along the Northern coast of the Pacific Ocean. However, these species exhibit migratory behavior seasonally.

The California sea lions have different colorations, the newborn is black brownish which after first changes to light brown, and when they reach the adult stage the color changes to dark brown. They have 2 long wings like flippers which help them in swimming by propelling the flow of water in the opposite direction. They also possess 2 small claws which allow them to walk on the land.

How Long Can A California Sea Lion Be?

The California sea lion is an opportunistic feeder which feeds on squids, rockfish, mackerels, anchovy, crustaceans, mollusks, salmon, herring, octopuses, hake cephalopods or sometimes seabirds. They have powerful jaws containing approximately 34 to 38 teeth, strong enough to catch and kill the prey and swallow it. On average, sea lions every day requires 5 to 8 % food of their total body weight. The seals hunt the prey both in solitary or in groups.

What Is The Conservational Status Of California Sea Lion?

The California sea lion is adapted to wildlife as well as lives a happy and long life in captivity. They are the only species whose populations have been expanding due to human care. They may get injured by getting entangled with boats or fishing nets. Each year few sea lions have been trapped to display in zoos or aquariums. However, they have been listed as “Least Concern” by IUCN.

Other than the data displayed above, some of the additional information related to the California sea lion is compiled here:

1: Sea lions are capable of living under the water as well as on land.

2:  They are called sea lions because they roar exactly like a lion.

3:  They are the social group of marine mammals and are the most intelligent among all other seal families.

4:  The California sea lion can take a deep dive of about 900 feet under the water.

5:  They are capable of living for approximately 10 minutes without breathing under the water.

6:  The pups of the California sea lion can swim when they are born.

8:  Under the water, sea lions face threats from predatory hunters such as white sharks, bull sharks, or orcas.

9:  During the breeding season, the male sea lions do not feed on anything.

10:  They have friendly relations with humans, they can be trained, and are playful animals.

The California sea lion is a member of eared seals as they have external ears which distinguish them from the other seals. They are called sea lions because of their vocalization – roar like a lion. They have large flippers which allow them to swim and claws to walk on the land. On average, the seal each day requires 5 to 8 % energy of its total body weight, however, the population of seals has been expanding but they are considered Least Concern by IUCN. Interestingly, you can see them in any aquarium or zoo, as they are very well adapted to a captive environment.