Evolutionary remains of sharks are somewhat rudimentary and informal until about 420 million years ago. Until then, they consisted only of scales and even these are discounted and denied by many as being from an ancient shark.

The oldest agreed upon remains, also scales, date back 420 million years (called the Silurian period) and paint the picture of a very different looking shark to those to which modern researchers are accustomed. Most of the agreed upon evidence found today dates back some 100 million years ago. These include full or partial skeletons, many teeth and even entire fossilised animals. 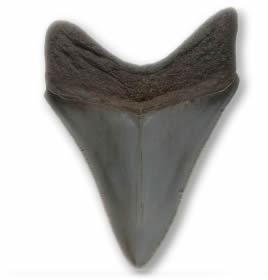 Most of the fossils found have been dated to between 150 and 300 million years ago and are divided into freshwater species (Xenacanthida) and a combination of fresh- and saltwater species (Hybodonts). The Xenacanthida is believed to have become extinct some 220 million years ago, but not before they had spread to fresh water bodies all over the globe. Hybodonts evolved into such one million years prior to their exclusively freshwater counterparts and, although they favoured the ocean, they were able to enter fresh water for feeding, breeding or migratory purposes.

Then, approximately 100 million years ago, the remains of sharks took on a form familiar to modern scientists. Teeth of the oldest Great White Shark have been dated back 65 million years and indicate two different lineages in this species. One had huge teeth with small serrations while the other had coarser serrations. This latter species is believed to be the modern Great White’s predecessor. It was also during this period that another Megalodon existed, measuring 17 metres in length;the largest carnivorous fish ever found. In fact, so large was this shark that it preyed on whales.

In recent decades, the ever-improving tools of discovery have uncovered evidence of between 2000 and 3000 species of ancient sharks. Today, there are still over 1000 species spread across all of the oceans in the world.

Sharks have many teeth during their lifetime, some species averaging 30 000. Therefore, these are a common remain and have revealed many secrets about ancient sharks, their habitat, diet and lifespan. Teeth are particularly well-preserved because they are stable on a mineral level. Other body tissues and bones are not easily preserved within the marine environment, but teeth seem to be able to withstand the harsh environment over millions of years.

Particularly noteworthy is that the protein part of the tooth is replaced by phosphates, which preserve minute details that are essential in determining identification and ancestry. However, due to erosion, deformity and limited information being provided by the teeth, species have been wrongly identified or missed completely. These present major challenges for palaeontologists seeking to gain an accurate understanding of the ancient animals that once occupied our oceans. However, passion, determination and increasingly advanced methods of research and discovery promise further breakthroughs, sure to reveal more enthralling details about these marine hunters.