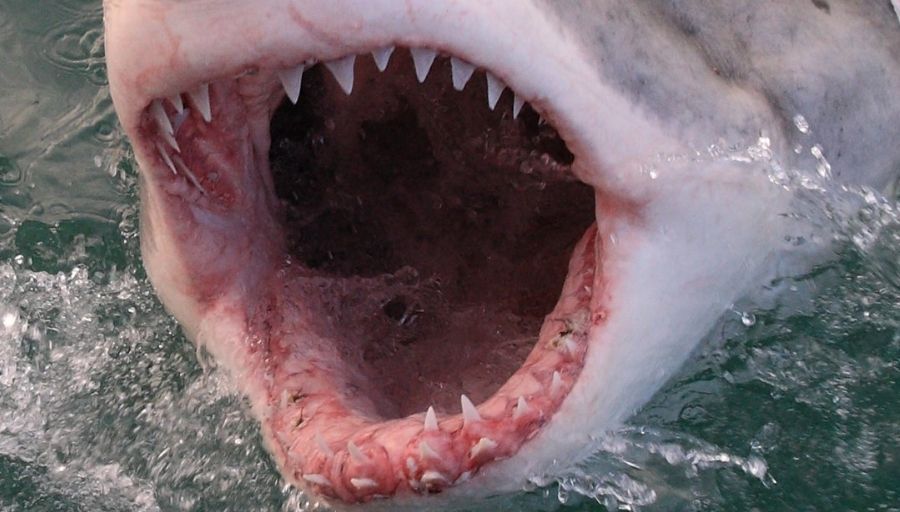 Do you want to know interesting shark teeth facts? Sharks can have approximately 3000 teeth in their mouths at any given time. The rate at which this replacement occurs varies between once every eight days and once in several months.

Sharks’ teeth are instrumental to their diet and hunting habits. They are used as the chief tools for grabbing, killing and tearing at their prey. Due to their sheer size and nature, shark teeth have even become collectible, particularly for fishermen and hunters.

Shark Teeth Fact 1: How Many Teeth Does A Shark Have In A Lifetime?

A shark has 30 000 teeth in its lifespan! More teeth are lost and replaced during summer than winter as the shark is more active in terms of feeding and hunting in the warmer months.

As they develop and the existing teeth in use need to be replaced, the rows move forward to replace the front row.

Shark Teeth Fact 2: How Many Rows Of Teeth Does A Shark Have?

The teeth of sharks are unique in several ways. First, they are embedded within the gum of the shark, rather than being rooted within the actual jaw, as is the case with most other toothed animals.

This allows them to be replaced more easily, without pain and discomfort to the animal.

Several rows (usually about five) of teeth are grown in a special groove in the jaw.

The shape of the tooth depends on the species and its specific requirements. Generally, sharks do not chew their food, but use their teeth to grab, hold and rip the prey into bite-sized chunks.

Teeth can be sharp, wedge-shaped and wide with a serrated edge, as in the case of a Great White Shark. This shape is best suited to grabbing and tearing prey apart.

Species like the Lemon and Mako sharks have thin, sharp teeth that are ideal for catching and gripping slippery fish. Bottom dwellers, like the Nurse Shark or Angel Shark, have thick, conical or flat teeth at the backs of their mouths. These are designed to crush crabs and other molluscs found on the ocean floor.

Sharks that feed on plankton, like the Whale Shark, have little need for teeth as food is passed through large filters and then swallowed. In these cases, the teeth are reduced.

Shark Teeth Fact 4: What Are Shark’s Teeth Made Of?

Because the teeth are the only part of the shark to be composed of bone, they are the part most likely to be fossilised, providing researchers with vital information about past and present species.

The teeth of the Megalodon, for example, have provided much information regarding this ancient shark’s feeding, mating and migrating habits.

It is hoped that the sharks of today will continue to yield interesting and essential details about the world centuries, even millennia, from now, through the secrets held in their fossilised teeth.

The teeth are placoid scales that have been modified for this specific purpose. They resemble human teeth in that they have a central pulp cavity with dentine and an outer layer of enamel.

They develop on the inner jaw cartilage and are attached to the dental membrane. The crown cap of the tooth develops first, followed by the root.