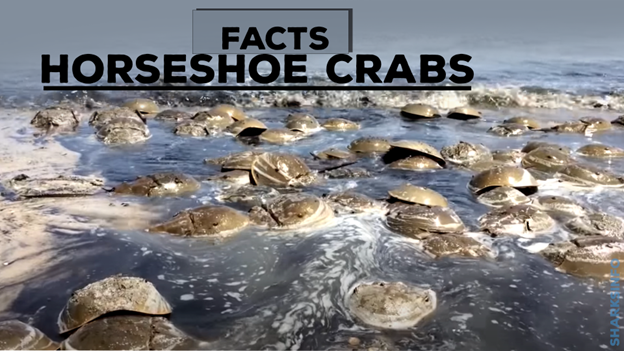 While you may never have seen a dinosaur, you most likely have seen horseshoe crabs along beaches. Horseshoe crabs are as old as dinosaurs; in fact, they were here even before them. Such an old species of animal with a unique appearance attracts all attention. Although few of us know what the species is like, the more we learn about it, the more we become stunned.

Wants to know what is so special? Continue to read as we pen down the horseshoe crabs’ facts, diet, habitat information, and more.

Everything you need to know about horseshoe crabs

Horseshoe crabs are a type of arthropod that lives in shallow coastal waters. Their horseshoe-shaped bodies give them their name. They are not actually crabs but are more linked to spiders and scorpions. Their existence dates back over 450 million years and is occasionally mentioned as “living fossils.”

Horseshoe crabs are important to the ecosystem because they help to keep the beaches clean by eating algae and other small creatures. They are also an important food source for birds and other animals.

Horseshoe crabs have four species left in the world today.

Limulus polyphemus is the only species found in North America, from Maine to Mexico, along the Atlantic and Gulf coasts. As for the remaining three species, they are found in Southeast Asia.

Horseshoe crabs are marine animals, meaning they live in saltwater. Coastal areas are where they are found, but their proximity to shore varies depending on their stage of development. On the beach, horseshoe crabs lay their eggs in the sand, where they are better protected from predators and from the waves. Upon hatching, juvenile horseshoe crabs move into shallower coastal waters, and they go into deep waters when reaching adulthood.

Most horseshoe crabs are nocturnal, meaning they feed at night. The main part of their diet includes worms, mollusks, clams, and other small sea organisms. They also feed on algae when available. Since the horseshoe crab lacks a jawbone or teeth, it crushes food between its legs and then swallows it.

It is estimated that two-thirds of the horseshoe crab population is threatened by habitat loss and over-harvest, putting them at risk of becoming endangered or extinct. Coastal communities depend on horseshoe crabs for their ecology, and their protection must be taken.

Horseshoe crabs are amazing creatures that have been around for millions of years. They are an integral part of the ecology and play a vibrant role in the food chain. These unique animals are a fascinating part of the natural world and are definitely worth learning more about.