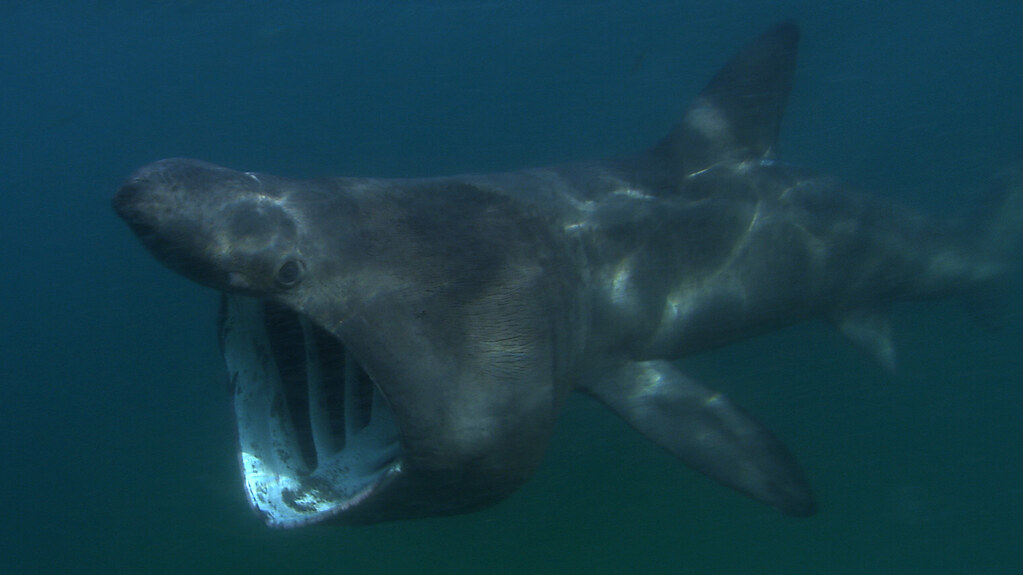 After the Whale shark, the Basking shark is recorded as the second largest species of sharks living in the ocean waters. The shark species including Basking sharks are widely distributed and travel long distances throughout the ocean in the food search. How big can Basking sharks grow which makes them the second largest predatory animal in the shark’s realm? Nobody knows the accurate answer. Don’t worry we will help you out to find the answer! Let’s begin the analysis to study more about the morphology of Basking sharks.

Where Basking Sharks Are Distributed in the World?

Basking sharks prefer warm and temperate water of the Pacific and Atlantic Oceans. They are also spotted in the open water of the Northern Gulf of Mexico and the UK waters. The sharks exhibit migratory response seasonally, during the winter season they thrive deep in the ocean water whereas, in the summer and spring season, the sharks are often found swimming near the shoreline in the search of food.

The giant shark’s species have a huge and bulky body, they are blackish to bluish from the upper side and are pale whitish from the underside of their belly. The sharks have extremely wide mouths (4 feet wide) and sturdy jaws with multiple rows of small teeth. They possess black-colored, triangular-shaped dorsal fins on the back which help them to swim through the water waves. They have long gills which surround their large head, the gills have hundreds of gills rakers which provides sharks with the food extracted from the flowing water.

What Is the Weight of Basking Sharks?

The black to bluish-colored Basking sharks are the second largest species of the open waters. Basking sharks have extremely huge and bulky bodies which can grow to a maximum length of 30 feet or 9.1 meters and weigh 10,260 pounds. However, the largest basking sharks ever recorded can reach a length of 61.7 feet or 18 meters with a weight of 36, 000 pounds. That’s all about basking sharks, we hope you enjoyed this article and helped you to learn something new!