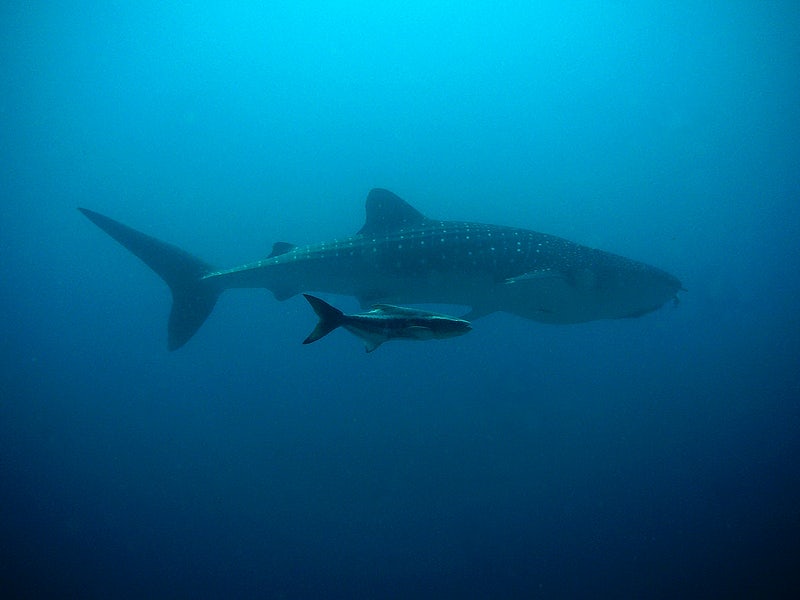 Probably no other shark species is as popular as the great white due to its aggressive behavior and the fact that it has attacked humans more than any other species. While there are over 500 species of sharks dwelling in the world’s oceans, the great white is acknowledged to be the most dangerous.

It is mainly the great white responsible for setting up the perception in humans’ minds that all sharks are violent and will attack the second they find a chance. However, it’s not true, but all shark species have a different set of attributes, behaviors, and characteristics.

Nevertheless, as a common perception, we all thought sharks to be giant-sized toothed animals with large mouths capable of swallowing a human in a bite. Talking about the great white, it is believable to a great extent. With the rest of the species, they all come in a variety of sizes, shapes, and figures.

The danger, outlook, and fear of great white often make people wonder how big are great white sharks. Are they really too big to destroy anything that comes in their way? Or is it just the chatter of the town?

Well, it is a matter of major concern for us all, and we need to know the actual and the real size of the great white. After all, it is our right to know so we have an idea of what we can or might face underwater.

Tourists around the world head over to the beaches just to have a glimpse of great white sharks, not to mention that sharks play an integral role in boosting the ecotourism industry. Check out where are great white sharks found.

You should, however, also be aware that sharks are not kept in captivity at all, and you will not find any public aquariums housing great white. It is for this reason that great white die in captivity.

This depicts how dangerous the great white sharks can be and how big they are that they are not kept within a closed boundary. It is for sure that great white belong to the category of large-size species, but how long they grow, we are going to find out.

How big is a great white shark?

In addition to their body shape, great white sharks are also incredibly large, which indicates danger. On average, a male species of great white grows to the length of 11 to 13 feet, whereas the female has a size of 15 to 16 feet. However, it’s an average size; the maximum length a great white shark can reach is recorded to be 20 feet long. That’s almost three times the size of an average adult human being. Notable for its size, great white can weigh up to 5000 pounds.

Knowing the length and weight, you can imagine how big the great white shark will look.

Great white sharks are regarded as apex predators because of their aggressive behavior, strength, and power. No other species of sharks or any other creature can stand in front of the great white, but only the Orcas, which attack rarely.

The great white, in fact, is the largest of all species that hunt marine mammals. There are other large sharks that are greater in size than the great white, such as the whale shark feeding mainly on plankton. Check out how big whale sharks are, and then you can compare them to the size of the great white sharks.

Aside from mammals, great white also prey on other sharks, fish, cetaceans, pinnipeds, and seabirds. Great whites are opportunistic feeders, preferring to consume prey with high-fat content and energy.

How large is a great white shark compared to a Megalodon?

Megalodon is a species of shark which is thought to be the biggest shark to be captured ever. But how long is it compared to the great white?

According to estimates, Megalodon reached a size of 50-80 feet, while the largest documented Great White shark measured 21 feet. It’s really not that much of a comparison, as you can see.

Never mind, check out how big some other prominent sharks are:

As big as 20 feet, the great white is truly a symbol of fear and danger, and its size demonstrates that. The sharp teeth, largemouth, strength, and power make the beasts even more frightening.

Having said that, shark attacks are not so common these days and mostly occur due to human provocation. Thus, great white sharks need to be protected as they have been listed as vulnerable species by IUCN.