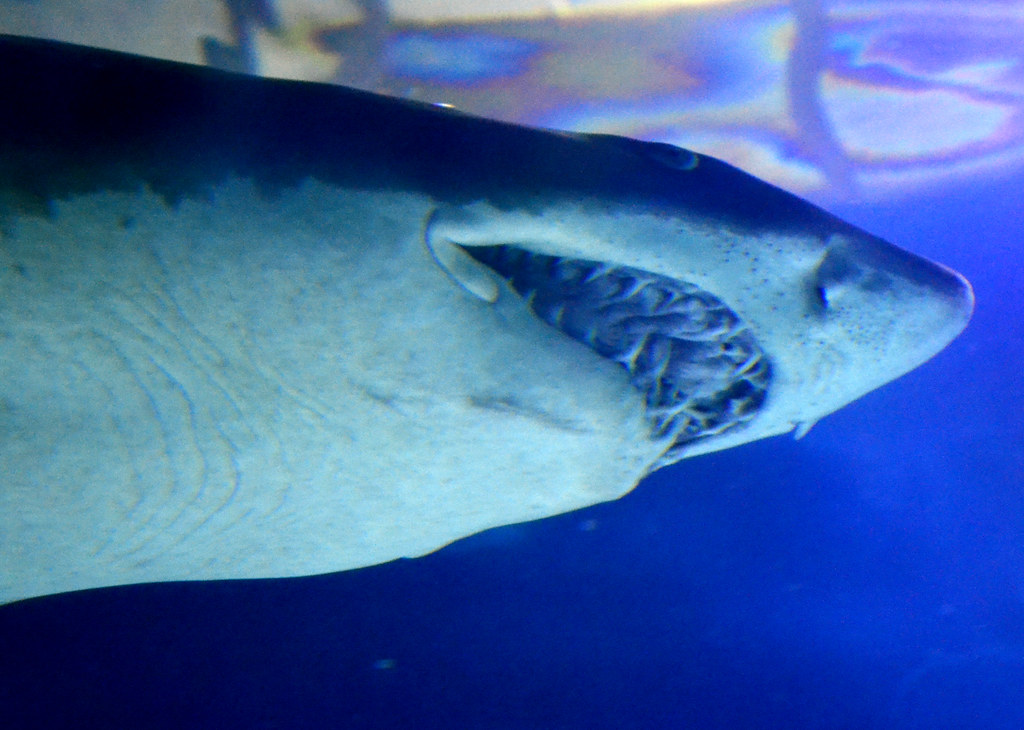 When we talk about fossilization regarding sharks, it is different from the fossilization of animals who have non-cartilage bones. Because sharks have cartilage instead of bone, their body is highly susceptible to disintegrating a little while after their death. In this way, the fossils of sharks are not preserved in the traditional sense, with all their bodily structures still preserved in three dimensions.

Anyhow, it does not depict that no part of their bodies becomes fossilized. In fact, shark teeth are very popular fossils that are frequently found on the seaside. This article explicates how to identify shark teeth. Again, there is a misconception that due to the absence of a bony structure, shark teeth are the only parts of their body to fossilize.

Parts of their body, such as the centers of the vertebra, the rostral node of the snout, and jaw cartilage, are often found. Fossil shark complete skeletons, however, are extremely rare.

In addition to the tiny denticles of their skin, coprolites, and often their spines, shark teeth go through an interesting process to become fossils.

Why are shark teeth fossils so common? What are they made of?

You are most probably aware of the fact that sharks do not have bones; even their teeth are made of calcified cartilage. This highly calcified cartilage tissue is called dentin, and it does not disintegrate easily. It is even harder and denser than the bone. Moreover, this tissue is surrounded by a hard enamel shell. Shark teeth are replaced continuously throughout their life. A single shark can go over thousands of teeth in one lifetime.

Over the tens of millions of years that sharks have been present, imagine every shark in the millions of generations, and all of their teeth have now become fossils. This is the reason shark teeth are so common and so easily found on beaches etc. Dermal dendrite, the denticles that form the skin of the shark, are often also fossilized and found on beaches. They resemble the teeth of sharks but are much smaller, around a millimeter or so.

How to identify shark teeth?

Now, let’s get to the fun part. As we already mentioned, millions of generations of sharks have shed thousands of teeth each over the eons of time that they have been present. Keeping in mind this, it is not difficult to understand that your chances of finding shark teeth on the beach are pretty good. However, they can often be indistinguishable from all the other debris present on the beach. So, we’ll instruct you over how you can identify shark teeth.

Another way you can differentiate shark teeth from shells is by looking at the glossy surface. If you cannot identify whether an object is a shark tooth or a shell, hold it up to sunlight. If it is a shell, it will most likely have a lot of ripples and a non-glossy surface. On the other hand, when you hold up a shark tooth to the sunlight, you will see that it has a glossy surface that reflects the sunlight. This is the generalized identification process for shark teeth. If you want to identify the kind of shark it came from, you will have to go through further details.

You can identify the shark species if you closely look at the tooth you found at the beach. For example, the Great white shark has broad, triangular teeth and a flat surface. It is usually 1.5-2.5 inches long and has coarse serrations along the blade of the shark tooth. If you see such a tooth on the beach, then chances are you have stumbled upon a part of the largest predatory fish on the planet and the predator of “Jaws.”

Tiger sharks have short, deeply-notched blades. The blade of the tooth of tiger sharks also has shark serrations which are commonly used by the predators to crack the shells of sea turtles and clams. The most common size for tiger shark teeth is 1.5-2 inches.

On the other hand, bull sharks have teeth with tapering serrations. They usually have broad and flat blades that narrow as they move towards the top of the tooth. The average size of the tooth of a bull shark is an inch or even smaller. If you find a tooth with the aforementioned characteristics, you might have found the tooth of one of the most aggressive sharks even prone to attack humans unprovoked, the bull shark.

Megalodons are the largest sharks ever documented, ranging to a size of even more than sixty feet. The teeth of Megalodons are harder to find than those of other species of sharks, but they are more common in Folly sand. Megalodon teeth can range from 3.5-7 inches and are darker in color than other sharks’ teeth.

Sand tiger sharks are extremely narrow in shape and have a long pointy crown. There are no serrations present on the teeth of a sand tiger shark. The teeth cusps are usually curved and very high, and the size of the tooth ranges to about one inch in length.

Shark tooth finding on the beach is a really fun and informative activity. But as you move towards the other level and start identifying the shark species by looking at the teeth, it becomes even more fun. With this article, we hope that it has become easier for you to identify shark teeth on the beach. So, before you go to the beach next, make sure to give this article a quick read to have amusing and informed activity on the beach!