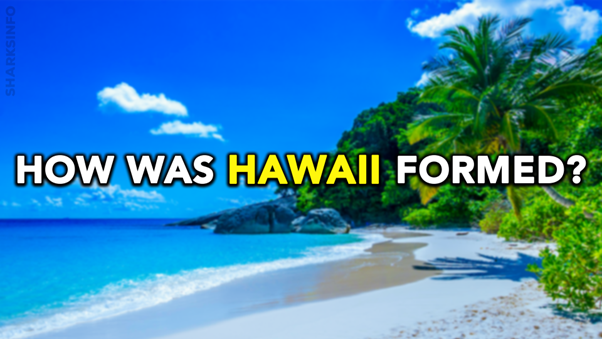 Over the globe, Hawaii is one of the most beautiful places to visit, the stunning sunset, and the mesmerizing sceneries make the Island the most spectacular. But do you know how this paradise come into existence? No one knows exactly about the historical background of the Hawaiian Island because the geology of the Island remains a mystery that needed to be revealed. In this article, are going to share the secrets of Hawaii. Let’s begin the exploration.

How Was Hawaii Formed?

Hawaii is one of the most remarkable places on land which came into existence through volcanic eruptions. Volcanos breached the bottom of the oceans and formed Islands. Hawaii has as many islands as one can imagine, amazingly each of the Hawaiian Island is the result of one primary volcanic activity but some may also be made up of two or more volcanic activities.

When Was Hawaii Island Formed?

The historical background of the Hawaiian Island depicted that it was formed approximately 40 to 70 million years ago, at the end of the Cretaceous Era. From time to time, the volcanic activities and lava flow resulted in the formation of around 137 islands.

What Is The History Of the Volcanos Of Hawaii?

Volcanos have always been considered the dominant factor in the history of Hawaii because they are the reason for the creation as well as the destruction of Hawaii to some extent. The Polynesians were the first to arrive on the Hawaiian land, depicting the existence of volcanos, lavas, and hot springs everywhere. Despite the extreme danger, the Hawaiians managed to live there and used the fertile soil to grow various veggies. Today, around 2 million people visit the volcanic land to see the beauty and power of the Island.

Why There Are So Many Volcanos In Hawaii?

Hawaii is located at the center of the Pacific plates (tectonic plates) on the top of the hotspot. These plates are always in constant motion usually in the North Western direction. As the plates move, they form a new hotspot by breaching the ocean floor, leading to a volcanic eruption, and forming a new island. However, when the lava cools, the volcanic activity stops, and the erosion causes the old island to be submerged in ocean water.

Currently, 5 volcanoes are active in the Hawaiian land, these are:

What Are The Largest Hawaiian Islands?

Well, among 137 islands, the 8 largest Islands of Hawaii with this historical background are listed below:

What Is The Impact Of Volcanos On The People Of Hawaii?

Well, volcanos have both positive as well as negative impacts on the life of Hawaiian people. The volcanic activities provide people with fresh water and fertile soil for better development of agricultural industries. Moreover, it prevents heavy storms and bad weather, acting as a natural barrier.

Negatively, volcanic eruptions cause excess production of sulfur dioxide as well as ash, which causes respiratory disorders, eyes, and skin irritation, or may lead to the death of the living being. It also damages vehicles, buildings, farmland, and homes or disrupts communication. Moreover, due to excessive heat, there is a possibility of wildfires in the forest.

Hawaii is a land of tourism, as its beauty and scenery attract tourists the most. Moreover, the land is made from volcanic activity, which lead to the formation of the new island. That’s why there are approximately 137 islands in Hawaii. The reason behind excess volcanic eruption is that Hawaii is located on the top of tectonic plates which when change direction, open the ocean floor and form a new island. However, volcanic eruptions greatly affect the life of living beings or may lead to the death of humans.