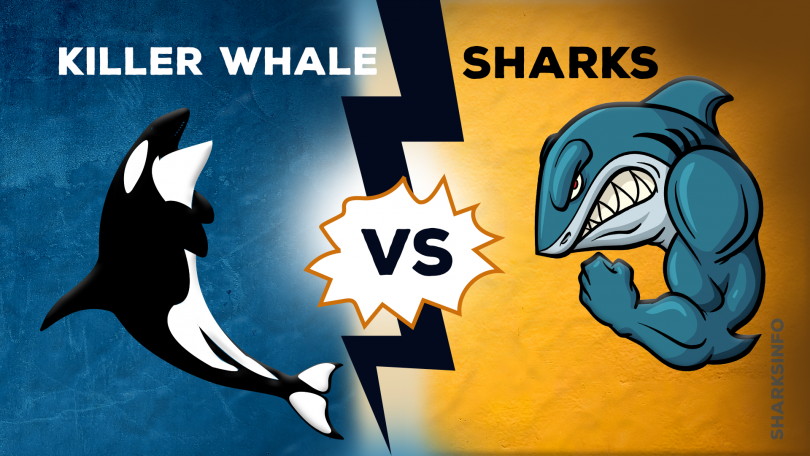 Sharks and Killer whales are the top hunters in the oceanic world. Both these species play a distinct role in keeping the ecosystem in equilibrium by feeding on weak and sick fish. Interestingly, both these enormous creatures are the biggest rivals because Killer whales are the predators of sharks. Despite sharing a common habitat, the two species differ greatly. In this article, we are comparing two giant creatures that are incredibly different from each other. Let’s explore more about Killer whales Vs Sharks.

Killer whales and sharks have many similarities but they do differ as well. Some of their distinct features are listed below:

Both killer whales and sharks are the apex hunter of the oceanic world, they live in the same habitat but do avoid each other because Killer Whales are more powerful than the sharks. Starting from their general classification to their distribution, appearance, diet, reproductive mode, and survival strategies, these species differ from each other in all aspects. Now by learning about Killer Whales and Sharks, you will differentiate the two in one sight.