There are many misconceptions regarding sharks, the majority of which instil fear for these creatures and actually promote the killing and / or the lack of conservation thereof. For this reason, it is vital to ascertain which of these theories is incorrect and thereby protect this valuable group of fish. These myths include the following theories:

All sharks are dangerous to human beings
The vast majority of sharks live in the deep, cool waters of the oceans, seldom coming anywhere near to the coastline. In addition, about 80% of the shark species alive today cannot and will not harm people, even when given the opportunity as they are either too placid or too small. There are only about 100 shark attacks on people every year, with few fatal attacks, significantly less than the deaths caused by other animals, car accidents and freak events in the home. 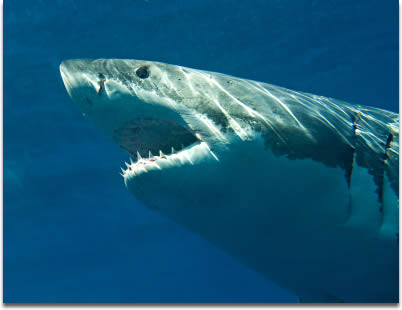 Sharks will hunt and kill anything
It takes a large amount of energy for a shark to hunt and kill prey. This energy is better spent maintaining an optimal body temperature within the icy ocean waters. Therefore, sharks will only attack what they believe to be desirable prey. Almost all attacks on humans are a case of mistaken identity when murky waters and the appearance of the victim have confused the shark into thinking it was a sea lion or turtle. Very often, the shark will release the person as soon as it has learned that it is not its common prey. Sharks in general prefer specific types of prey, not deviating much from its standard diet. Fatalities are the unfortunate result of the powerful jaws and the mode of attack, as these animals can be very strong and have mouths full of razor-sharp teeth.

Sharks are difficult to kill
Sharks are usually hesitant to approach people or boats, afraid of their only real predator : the human being. Stress weakens sharks to such an extent that many die in a net or at the end of a fishing rod.

Sharks are unintelligent
Understanding a little more about these creatures is the first step to valuing their important contribution to our marine environments. This, in turn, will prompt others to make an effort to conserve and protect such species, rather than allowing their deaths because of fear or a lack of information.