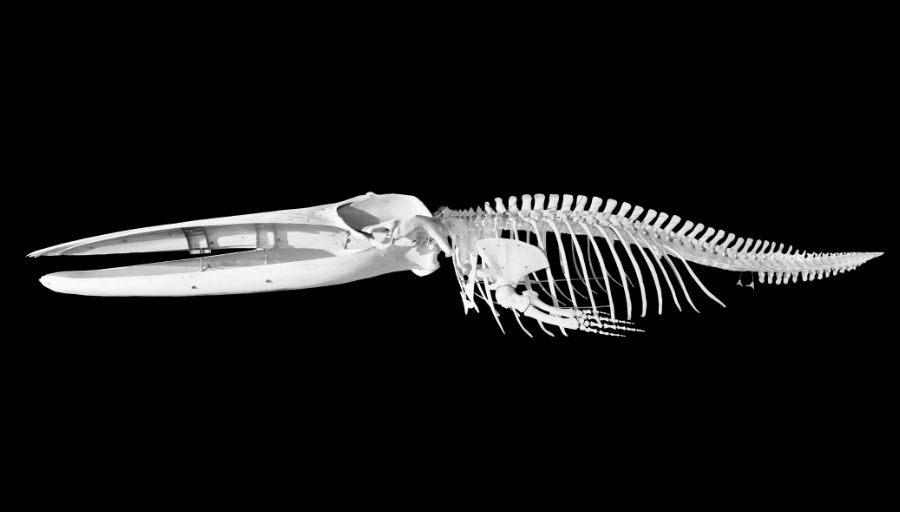 Skeletons of sharks are found around the world and used for different reasons by humans. The skeleton of the shark is different form a human.

Do Sharks Have Bones?

No, sharks don’t have bones. The skeleton of the shark has evolved and adapted to suit and aid the habitat, migration, hunting habits and diet of these acclaimed carnivores.

Unlike terrestrial animals, humans, and even other marine animals, sharks’ skeletons are made purely of cartilage and connective tissue, or muscle. The answer to your question ‘Do sharks have bones?’…Nope! They are made up of cartilage!

Weight Of A Shark Skeleton

This type of skeleton means that the shark is lighter, as cartilage is about half the density of bone. This is important because, unlike other fish, the shark has no swim bladder to prevent it from sinking to the bottom of the ocean.

Therefore, it needs to remain light in weight, not weighed down by heavy bones. In addition, the cartilage is more flexible than bone.

This allows the shark to move quicker, and make sharp turns, an essential skill when in hot pursuit of darting prey. Interestingly, sharks have no ribs. This means that, if pulled out of the water, the weight of the shark’s body would collapse onto its organs and crush them.

Support Of The Shark Skeleton

In some areas of the body, cartilage remains too weak a substance to support the shark sufficiently. These areas include the jaw and the backbone.

The jaw is used for grabbing, tearing and clamping, while the backbone is involved in every movement of the entire body mass. Therefore, these areas have calcified cartilage, which has been hardened by calcium salts. These are hard cartilaginous structures that, while resembling bone, are still lightweight.

The Skull Of A Shark

The skull of the shark is also made of cartilage as is its rostrum (its snout or beak). However, the skull has a denser, firmer form of the substance, while the rostrum is spongy and soft.

These different densities are necessary to ensure that the brain and eyes are protected in the harder shell of the skull, while the snout can absorb blows and impacts without breaking.

The Jaw Of A Shark

The jaw needs to be attached to the cranium in such a way that allows it an enormous amount of movement and flexibility.

The jaw has to open very wide to allow large prey into the mouth, and has to have free movement to work the prey down the throat while not losing its grip.

There are small “tesserae”, which are hexagonal plates of crystallised calcium salts. This combines strength, support and flexibility, allowing the jaw to swing from side to side and even forwards.

There are several rows of teeth embedded in the gums of the jaw (unlike most animals, where teeth are rooted into the jaw itself). Some species can lose over 30 000 teeth in their life, constantly replacing them with new ones. Some of these are replaced as they are lost, while other species replace entire rows of teeth at a time.

The fins and tails are made of elastic strands of protein. Some fins are designed to keep the shark from sinking, others assist in steering and still others propel the animal forwards. The tail is the shark’s primary method of forward propulsion and steering.

The skeleton of the shark demonstrates ingenious design and insightful structure, enabling these magnificent creatures to move, hunt and live in such fascinating splendour.