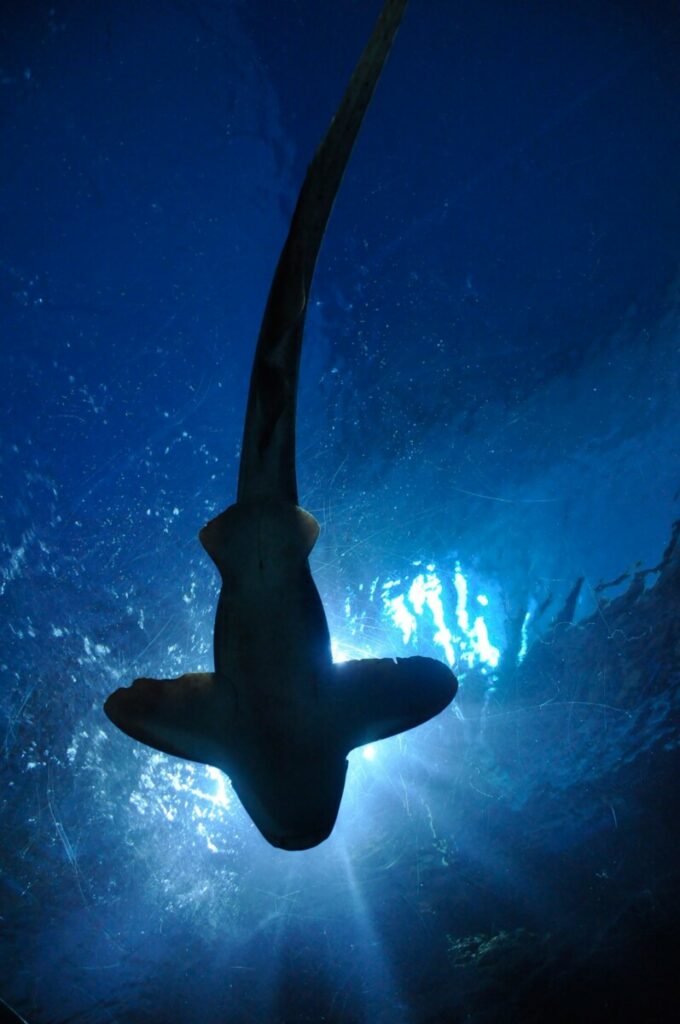 Many people are afraid of seas and the oceans not only because they are frightened of water but because of the giant-sized sharks present there. The movies about sharks have also given rise to the notion that sharks are dangerous to humans.

In reality, not all sharks are aggressive. With over 500 species spread around the world’s oceans, you will find many sharks loving and caring in nature, and many of them you can keep as pets. However, there are shark species that are without any doubt dangerous, and people are advised to avoid any kind of confrontation with those types.

It’s significant that you have familiarity with the shark’s behavior and, most importantly, know about the shark species that are considered dangerous. Not only do the shark divers need to know, but all of us, so that we don’t put ourselves in vulnerability and, at the same time, don’t harm the shark species.

Keep in mind that sharks play a vital role in keeping the oceans healthy, as well as playing a part in boosting eco-tourism, but it’s alarming when you look at the numbers of sharks killed every year.

Do read the article talking about; what would happen if sharks went extinct and why are sharks important to us.

It does not entail, however, putting our lives at risk and becoming the next target of giant-sized sharks. So, before you go into the waters, get to know about what are the most dangerous sharks so that you can take early action.

Don’t forget to read this article about sharks’ identification if you aren’t sure what they look like or how you will recognize a shark.

The most dangerous sharks

Even though shark attacks are not so common pertaining to the safety measures we have in place, there are species of sharks that are naturally aggressive and will attack if given a chance. The sharks we are going to talk about are involved in most shark attacks, including unprovoked cases.

So, if any of the below-mentioned sharks you see, get out of the waters and be safe. Let’s now get to the names and see which sharks are the most dangerous.

As the ocean’s largest predatory shark and the most dangerous, it has attacked humans 314 times aside from the number of provoked cases.

Reaching a maximum size of 21 feet, great white sharks are present in coastline areas of all world oceans.

Humans are not the primary target, but the great white sharks are described as carnivores and largely prey on seals, sea lions, dolphins, fish, and other large mammals. But if you come in contact, they will hit you with force.

With that said, great white sharks are also listed as endangered species since they are often hunted down for their fins and teeth.

A tiger shark is an aquatic predator that measures 13 to 16 feet long and gets its name from the stripes on its body that resemble those on a tiger when young but that fade over time. In recorded human fatalities, it ranks second behind the great white after attacking 131 people, including 34 deaths.

Having extremely sharp teeth, the tiger shark prey on fish, squid, turtles, crustaceans, and whatever seems available at the time. Hunting mainly at night, it is also known to consume a variety of inedible and artificial objects during its lifetime.

Humans are responsible for finning and fishing this species, which puts it near the threat of extinction.

Sharks known as bull sharks are notorious for attacking humans, as they prefer shallow coastal waters where humans normally swim.

A bull shark is a fast, agile predator that can reach a length of 7 to 11.5 feet. They eat practically anything they can find, including fish, dolphins, and other sharks. The number of Bull sharks is likely to decrease in the near future, too, as they are also widely fished for their meat, skins, and oils, just as the two other species are.

While the top three positions are taken by the great white, tiger, and bull sharks, quite a few more species are there that are considered dangerous. That includes:

Sharks are fascinating creatures and have been here for a long time, existing even before the dinosaurs. As much as they are important to us, the number of sharks killed each year is shocking. One major factor of massive shark killing is believed to be the threat they possess to humans, but in fact, only a few species are considered dangerous.

Other than that, most sharks won’t come in your way unless you incite them in any way. As a result, respect them and be thankful to be among the few people who have seen sharks in their natural habitat.