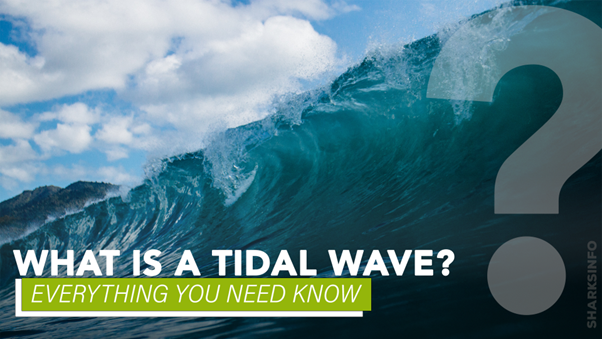 Imagine yourself standing near the shoreline, the small waves touching your feet, making you feel their rhythm. These rhythms of the waves are very important for the extended oceans as they help to keep the balance by transporting energy, over long distances. But sometimes, these waves become so energetic that may cause massive destruction. Scroll down to study in detail about the tidal waves.

What Are Tidal Waves?

How Are The Tidal Waves Caused?

Tidal waves are caused due to the strong gravitational force produced by the moon and the sun, but as the moon is closer to the Earth as compared to the sun, so the effect of the moon is greater than the sun. This is why the tidal waves rise to maximum height on the full moon and lower during the quarter moon.

What Is The Intensity Of The Tidal Waves?

Well, determining the exact intensity of the tidal waves is not possible as they keep on changing on the daily basis. However, in particular regions, such as in the Bay of Fundy in Canada, the highest tidal wave measures about 55 feet, which causes massive damage to the beaches, and houses and may lead to flooding in the area.

Are Tsunamis And Tidal Waves Relatable?

Many people get confused by considering Tidal waves as tsunamis, the two similar things but in actuality, both are not relatable to each other and are produced by completely different mechanisms. Tidal waves, as you have learned above are produced by the gravitational force of the moon and sun on the Earth.

Tsunamis are large oceanic waves produced by geological disturbances such as volcanic eruptions, earthquakes, landslides, or by the eruption of gas bubbles in the ocean water. Moreover, the wavelength of the Tsunami can reach a maximum height of 200 kilometers or above.

Tidal waves are produced in the ocean water continuously, keeping the rhythm of the ocean water in balance. Sometimes, these rhythms have very low intensity. Still, on the other hand, the intensity may increase, depending upon the strength of gravitational force produced by the sun or moon, affecting the rotation of the Earth and may lead to the production of high tidal waves. The tidal waves are sometimes so powerful that they may cause massive destruction to the beaches, and houses or lead to flooding. By going through the detail given above, you might understand clearly that Two different mechanisms produce tidal waves and tsunamis.