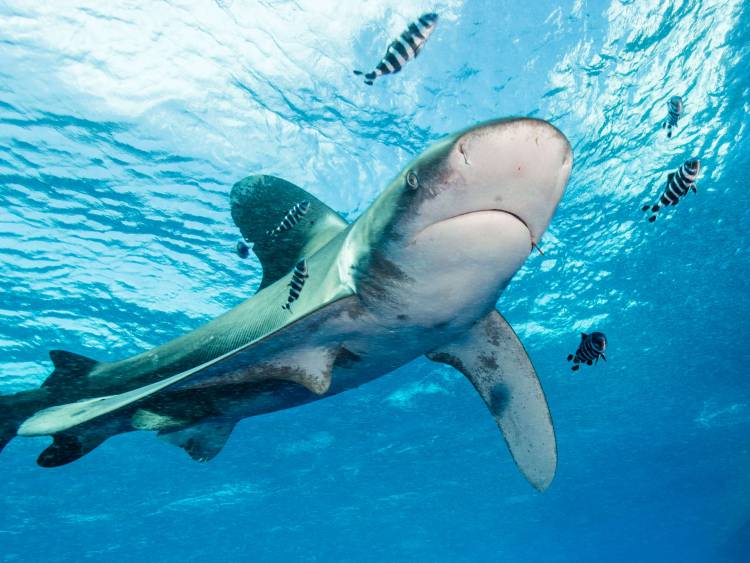 All over the globe, sharks are the top predatory animals of the ocean waters and keep the check and balance of the ecosystem. But despite their positive nature, they has always been portrayed as the most dangerous and fearsome creatures of the ocean water. Many species of sharks live peacefully with humans, but some are considered the deadliest ones because their attacks can cause serious injuries to humans.

Dive into the article to open the mystery box and reveal the name of sharks that are ranked as the most hazardous species.

What Is The Most Dangerous Shark In The World?

Well, sharks do not attack humans frequently – they only attack when they feel threatened, mistakenly identify the human as prey, or out of curiosity. Out of 520 species of sharks only 10 to 12 species are recorded as the most dangerous species in the world.

Here is the list of the 10 most dangerous species of sharks.

In 2021, overall 314 cases of Death sharks attack on humans have been recorded, out of which 74 cases lead to death.

After White sharks, Bull sharks are listed as the second most dangerous species of shark. Bull sharks are also spotted near the coastline – the highly crowded area where they often contact visitors. Their aggressiveness and agile predatory nature and poor visibility in murky waters are the reasons for their involuntary attacks on humans. According to studies, Bull sharks have the most powerful biting force 6000 N which is why they are also included in the list of dangerous species.

As of 2021, overall 121 attacks of Bull sharks have been reported, out of which 25 have resulted in death.

Tiger sharks are known for their capability of eating everything which comes in their vicinity whether it’s an underwater creature, coal, cigarettes, paints, or boat tires. Their elastic jaws and sharp razor-like teeth allow them to eat everything they find. These sharks also live along the shoreline where they can find their food easily and can attack visitors. Moreover, these sharks have been awarded the title of causing most shark bites recorded in wild than any other species because people come in direct contact with them without realizing it.

One of the most aggressive, large, and powerful creatures of the open water is Oceanic White tip shark. These sharks are opportunist hunters which is why they attack humans whenever they interact with them. According to an estimate, 15 attacks of Whitetip sharks have been recorded every year – out of which 3 are reported as the fatal ones which is why the Oceanic Whitetip shark is listed as one of the deadliest species of shark on Earth.

According to the reported data, Blue sharks are not the most aggressive species of sharks but are one of the most dangerous species living on the planet Earth which kills humans. On average, there are only 13 attacks of sharks that have been recorded – out of which 4 are reported as fatal. The Blue sharks attack humans only out of curiosity or mistaken identity.

As we all know Nurse Sharks are slow-moving bottom-dwellers sharks that do not pose much harm to humans but they are included in the list of most dangerous species of sharks because a great number of unprovoked attacks are caused by them. On average, 52 attacks of sharks have been recorded out of which 9 are considered lethal.

The sharks are named so because they have small black spots on their fins. The sharks often visit coastal areas in search of food but attack humans mistakenly. According to experts, these sharks are responsible for most of the shark bites and about 41 unprovoked and 13 provoked attacks by Black-tip sharks have been reported every year.

Shortfin mako sharks also known as bonito sharks or blue pointer sharks are extremely intelligent species and are the most aggressive species that should be avoided at any cost. In recent years, about 20 different attacks by sharks have been recorded and 2 are reported as fatal cases.

These sharks are the most aggressive species of the family Odontaspididae that are found living in the deep waters. They are extremely dangerous to humans but there are relatively 77 attacks that have been recorded every year but only 1 is the deadliest. The sharks usually avoid human interaction, however, they only attack when they are provoked.

The Hammerhead sharks are known for their odd hammer-shaped head which gives them a unique appearance. The sharks have also been a part of the dangerous shark’s family but they rarely attack humans. According to an estimate, about 17 attacks of Hammerhead have been reported every year but one of them is reported as fatal. This is because the species are very calm and are not aggressive towards humans but they do attack if anyone tries to approach their territory.

Sharks are portrayed as the fearsome creatures of the ocean but not all are considered the deadliest creatures. Only 10 to 12 out of 520 species are regarded as the most dangerous ones. Sharks attack humans only when they feel threatened, out of curiosity, or due to mistaken identification which is why the ratio of unprovoked sharks attack is greater than the provoked attack. Despite all, remember that whenever enter the ocean, you are provoking the sharks because you enter their territory without permission. Be careful!