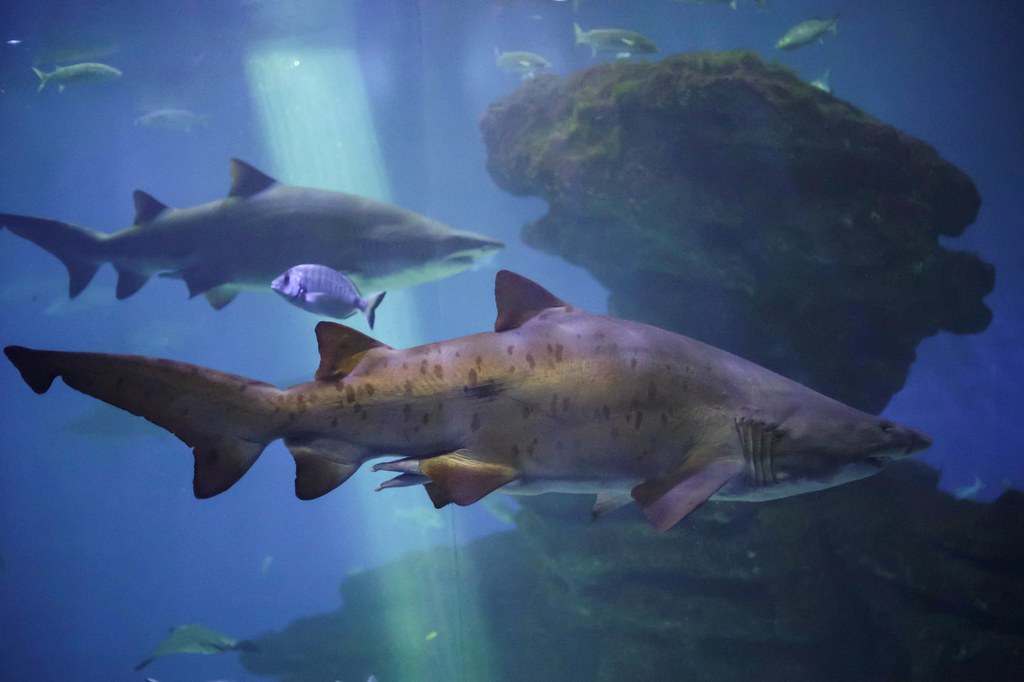 Roaming freely around the world’s oceans, traveling hundreds of kilometers in waters from one continent to another, sharks are no doubt astonishing creatures of the sea. There is little surprise when it comes to the fact that sharks prefer to live in their natural habitat, which is in the open ocean. Having existed for millions of years, sharks are considered the top predators. They have a wide variety of food preferences, and it is not unanticipated that they like to live in open waters.

With that said, the question arises of whether sharks can survive in captivity or not. It is not something unusual or out-of-the-box thinking, but you will see aquariums inhabiting sharks. The question remains if sharks are able to thrive in the constrained environment the way they do in their natural habitat or not.

Remember that there are over 500 species of sharks discovered so far, and it is believed there are many more in deep waters that need to be explored. Each species of shark is different from the other in a majority of aspects, for example, the size, color, shape, and behavior, as well as when it comes to their capability to adapt to different environments.

The major aspect people are concerned about when keeping a shark in captivity is about their size, food, behavior, and, most importantly, the water quality.

Sharks, in general, are taken as aggressive, giant-sized marine species with the capability to swallow a human being in a go. Due to this, the mere thought of keeping sharks in captivity makes people hesitant to do so. But as said earlier, sharks come in all different varieties, and there are many species of sharks that make a good addition to your home aquarium.

Though we will be discussing the species that we can keep in captivity, we need to see if sharks are able to thrive in a closed boundary or not.

Let’s start with this primary question: can sharks survive in captivity?

What are the chances of sharks surviving in captivity?

As a matter of fact, sharks are kept in captivity around the world, and it may come as a surprise to you that they thrive fully as in their natural environment. So, technically speaking, sharks do survive in captivity, but only when you keep the standard, keep a check on their requirements, and provide them with the best possible environment.

Having said that, not all species are good to be kept in captivity. It is not advisable to confine sharks to enclosed spaces due to their nomadic nature. It is not unusual for them to hit aquarium tanks aggressively, even at the expense of their own health and safety. Often, they die as a result of their own injuries.

Moreover, it’s not easy to keep a shark in detention. It’s not like the way you keep fish or other marine creatures, but captivating a shark requires a hell of an effort, attention, and care that not all can do.

Moving forward, there are species that make good pets, and you can keep them in home aquariums, but they need to be taken extra care of in order for them to thrive and live to their fullest. Find out the names here of the shark species that make a good pet.

Are there any shark species that cannot survive in captivity?

No matter the shark species, if you do not take care of their requirements, i.e., do not provide them with nutritious food, enough space to swim, and a check on water quality, no species will be able to survive for long.

However, there is a shark species that, no matter what you do to give them the best environment when kept in a closed boundary, they will die. One such species of shark is known as the great white shark.

The great white makes one of the largest and the most dangerous species you will encounter in the world’s oceans. Capturing them is quite difficult even if you are able to put them in the aquarium; no matter how big it is, great white won’t be able to make it for long, and they will die.

On the other hand, you have a good chance to see other big sharks such as the whale sharks in aquariums. Want to know where? Do pay a visit to the Georgia aquarium.

A number of public aquariums have expressed interest in keeping large sharks in captivity, despite their delicate care needs. Nevertheless, it has been widely documented that sharks are not made to live in captivity – in fact, the lifespan of most species is severely reduced in captivity. However, there are a few species of sharks that are suited to keep in custody, given that their requirements are fully met.

As this is not favorable, you shouldn’t try or demand for sharks to be placed in a confined environment and if you want to do that, choose the species that are suited for this, and at the same time, do not forget to keep a check on their needs and requirements. If not taken care of properly, no shark species will be able to survive for long in captivity.