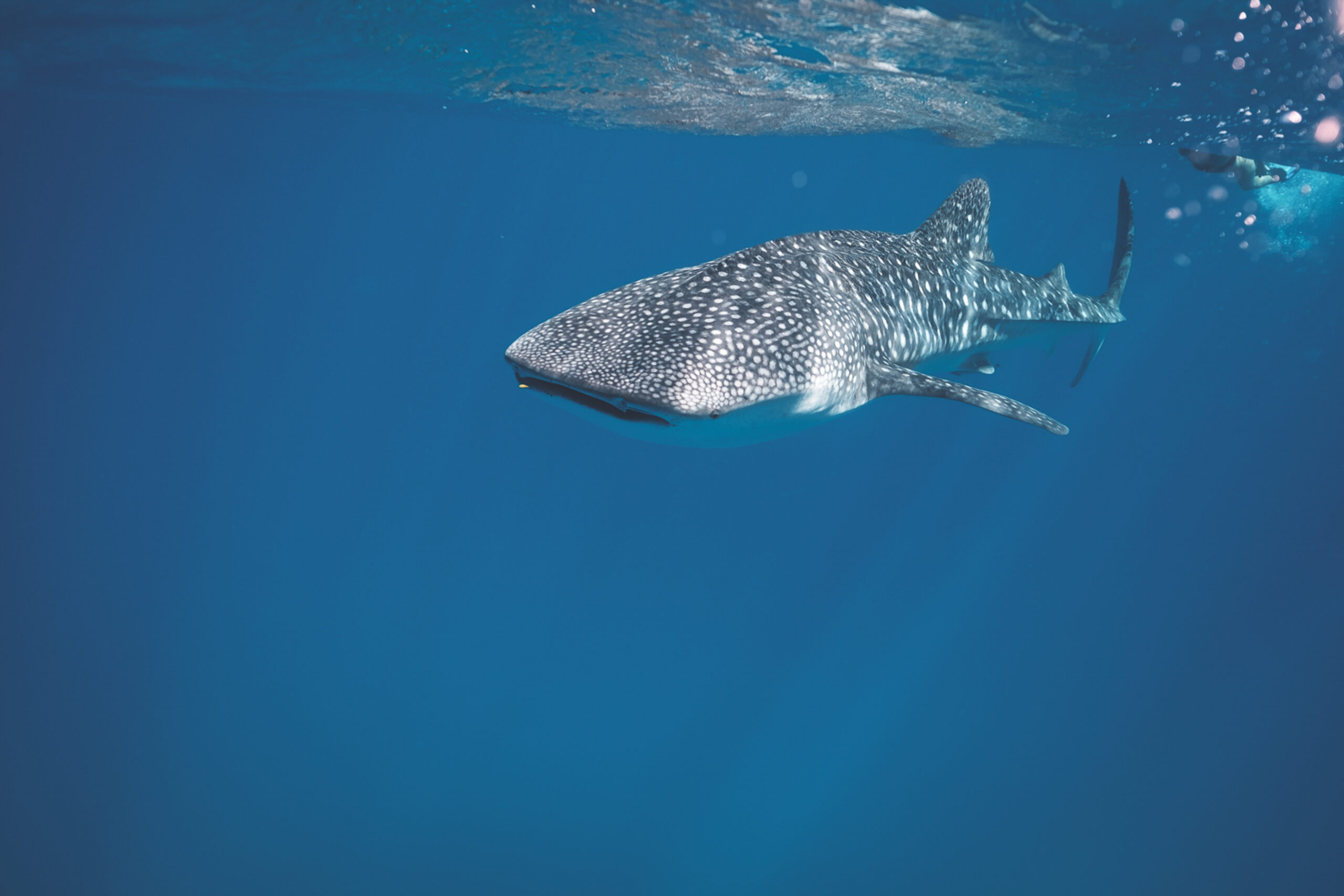 Most of us instantly visualize a giant-sized marine creature with a large mouth and sharp pointed teeth when we hear the word shark. But are sharks really that big? It is widely believed that the whale shark is the largest shark species to exist today and evidence suggests the same. Curious to know what its size is? We are going to find out how big whale sharks are and what is the maximum size they can reach.

Oceans around the globe are home to incredible, amazing, and smart sea creatures called sharks. Not to mention, sharks were here long before the dinosaurs and even before the trees existed. The enormous size and aggressive behavior are the attributes sharks are connected with, but in reality, it’s not just like that.

Sharks come in all different sizes, shapes, and colors, and they all have distinctive behavior and growth. In particular, about the size, you will find the shark as small as it can fit in your hand and as large as over 60 feet. Having said that, the whale sharks are considered to be the largest species of all, and therefore, it’s important that you get to know how big whale sharks are.

Since you are here, we are going to determine the size a whale shark can reach, as well as will discuss other attributes. So, let’s get started.

Tropical oceans are the most common habitats for whale sharks, but they can be found worldwide. However, the whale is said to prefer warm waters wherever they are.

Whale sharks are filter feeders despite having very large mouths. Additionally, the megamouth shark and basking shark also belong to the same category, I.e. filter-feeding sharks. Find out how big are basking sharks and what do they eat. Talking about the whale shark diet, it mainly includes zooplankton, shrimps, and other small sea creatures. There are over 300 rows of teeth in the mouths of whale sharks, along with 20 filter pads, which help them filter food. Due to filter-feeding habits, whale sharks are often seen at surface water forages for food.

Even though it has a very large size and feeds on plankton, it weighs several tons. Interested in knowing? Find out here.

In addition to their large gills, whale sharks have spiracles, which help them breathe when they’re not swimming.

How big are whale sharks?

In general, whale sharks grow to a length of 40-50 feet on average. However, they can reach a maximum of 60 to 70 feet. The mouth of a whale shark alone measures 5.1 ft. across of an adult shark.

With that said, approximately 26 to 30 feet is the height at which sexual maturity occurs, with females possibly reaching a similar height or larger. Check out the sizes of Bala shark, rainbow shark, and red tail shark.

Technically, the actual size is hard to determine since it’s not easy to measure a shark in the ocean or even on the ground. For example, the tail position can influence the measurement to a great extent.

Do check out what an average size a shark can get to.

Humans are often concerned about the danger of whale sharks due to their enormous size. But in reality, they pose no threat to humans. Instead, whale sharks are friendly in nature. The whale shark is a friendly and docile fish that sometimes lets swimmers ride on its back; however, it’s not suggested to do so.

With that said, there are several shark species that are rated as dangerous and will attack anytime they find a chance. Find out the names here.

Despite being friendly sharks, whale sharks are targeted in large numbers, and this has led the IUCN to declare the species as endangered. Among the leading causes are impacts of overfishing, bycatch losses, human consumption of shark products, and vessel strikes. Find out in detail why whale sharks are endangered.

Whale sharks are the biggest of their kind and among the largest fish in the world. They can grow up to 60 feet long, and some of them might reach beyond 60. Due to their large body shape, it’s pretty hard to determine the exact size; however, even the approximate value confirms that it is the largest living species.