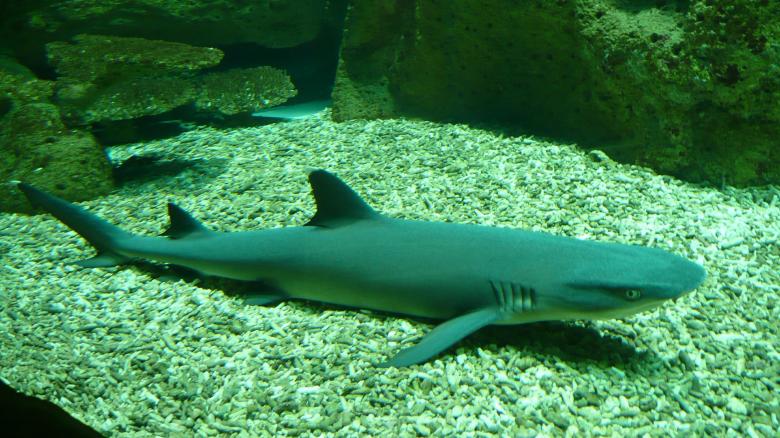 Sharks are among the most powerful and feared animals in the sea, so we all have a lot of questions regarding these terrifying creatures, and we all want to know everything about them, including how sharks breathe?

Sharks don’t have lungs, but like all living beings, they also need oxygen to breathe and survive. So instead of air, they get oxygen from water. Sharks’ breathing process starts and ends with their gills. Sharks have 5-7 external gills openings. For sharks to breathe, water must continuously pass through their gill slits. They extract the oxygen from water and get rid of carbon dioxide from their bodies.

Their breathing process is very complex but also fascinating. In this blog, we will look at how sharks breathe and how different sharks are adapted to breathe in different ways.

Like all fishes, sharks also breathe with their gills. A fish’s gills are its respiratory organs, which enable it to consume oxygen and expel carbon dioxide.

The gills of sharks are used for breathing instead of the lungs. Gill lamellae escalate the surface area of the gill to facilitate gas exchange. Capillaries are located within lamellae which are then utilized to absorb oxygen from water and expel carbon dioxide.

As a shark swims, it uses ram ventilation to circulate water over its gills. Ram ventilation is a process of extracting oxygen during water flow over the gills. As sharks swim forward, water flows through their mouths and gills.

Some sharks like the great white shark, the whale shark, the mako shark, bull shark, salmon shark, and thresher shark must swim their entire life to live. Since they have no backup system of breathing, they have to force open their mouths to circulate the water through their gills to breathe.

Many sharks can also transit between buccal pumping according to the condition and their swimming speed. By using their buccal muscles, sharks propel water through their mouth openings and over their gills. Many sharks have adapted to buccal pumping.

The sharks that cannot breathe using a buccal pump rely exclusively on ram ventilation; these sharks are often referred to as obligate ram ventilators species.

Shark hearts have two chambers. Oxygenated blood goes from the gills and to the atrium of their heart. Upon pumping oxygenated blood into arteries, the heart transports it to organs. As deoxygenated blood flows through veins to the ventricle of the heart, that blood is then pushed into the gills.

As sharks have weak hearts, the flow of water helps the blood through their circulatory systems so that the heart does not have to exert all its energy.

Buccal pumping sharks are mostly bottom-feeders. These sharks have dorsoventrally flattened bodies, and they can be mainly found on the ocean floor. There are spiracles behind the eyes of bottom-feeder sharks, and they have flattened and thin backs. These spirals can pull water into the shark when it is suppressed in the sand.

Do sharks have to come up to breathe?

As sharks don’t have lungs, they need oxygen to breathe, but they do not get it from the air. They get their oxygen from the water surrounding them. Though the oxygen concentration in water is very low compared to in the air, they can’t come up to breathe for longer, or they will die in a few minutes.

If sharks are placed out of the water for five to six minutes without oxygen, sharks will experience hypoxia which will cause brain damage and death afterward.

Do Sharks Stop Swimming to Sleep?

Sharks sleep but not like humans. According to studies, sharks have to continuously swim throughout their lives to live and to keep water flowing over their gills; if they stop moving, they will immediately die. So, they don’t even snooze. Find out more details here about how do sharks sleep when they can’t stop swimming.

Sharks can adapt according to their surroundings and environment. Their breathing habits are apt for their environment. Sharks have survived two mass extinction events throughout earth’s history but are now in danger. Zoos and aquariums around the world have killed thousands of sharks during transport. Their extinction would create a disaster not only for the oceans but for the world.

Our least duty is to prevent pollution of water since Sharks also need oxygen to breathe, which can only be obtained from the water.