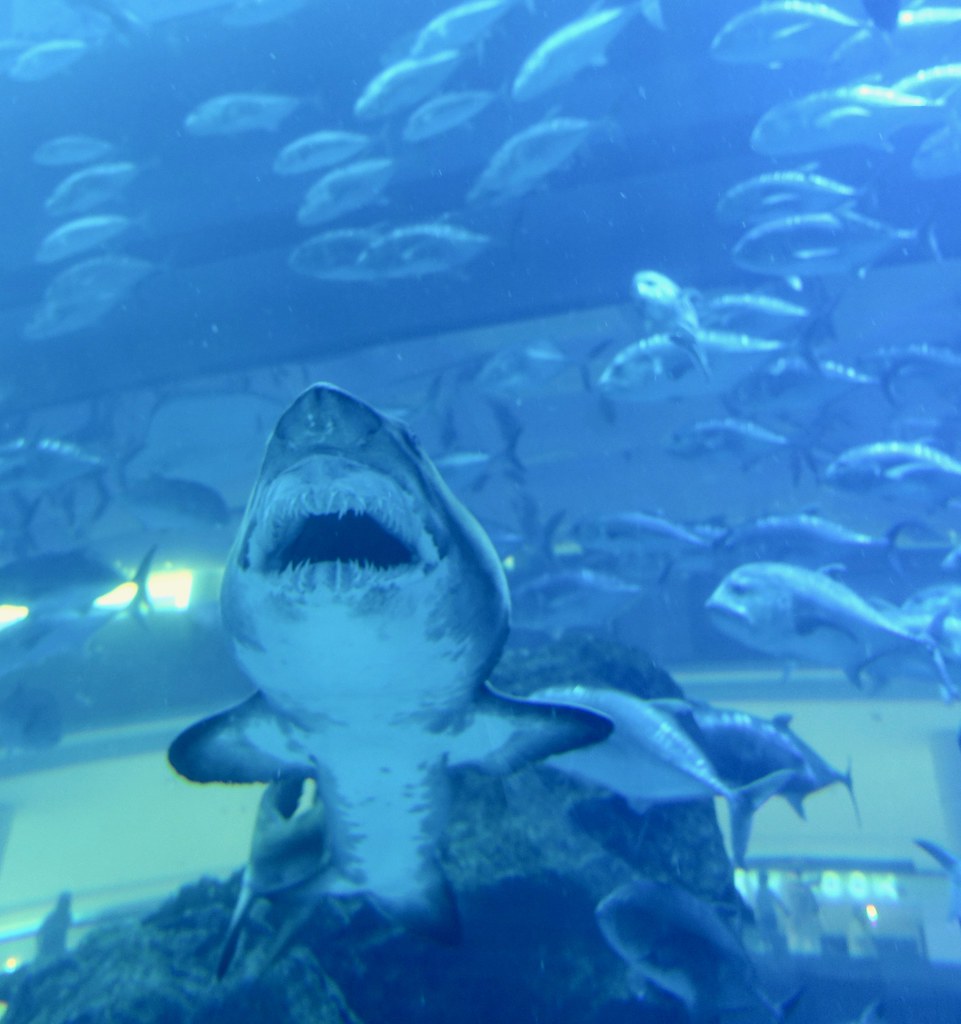 Sharks are the top predators in the ocean world and have ruled the sea creatures since they were discovered. They are expected to continue ruling for centuries to come, but is there anything sharks are frightened of? It’s something we have always wondered about, haven’t we? Now is the time that we all find out what are sharks afraid of.

There are more than 500 species of sharks dwelling in the world’s oceans, and seeing a shark with your own eyes is a mesmerizing experience, let alone divining or swimming with sharks. Sharks are, in general, believed to be aggressive in nature, but it’s not true for all sharks, and only a few species are considered to be dangerous. Moreover, most shark attacks happen as a result of incitement.

With that said, sharks are powerful creatures, and if you are ever confronted, it will be hard to escape without an injury. In other words, it’s always a good idea to learn about elements sharks are afraid of. Then maybe you can prevent the shark from attacking and save the person in need.

Additionally, the divers and the tourists are often terrified to get into the water due to the fear of sharks, but once you know what makes the sharks go away, you might be able to get into shark-infested water and enjoy diving and swimming or any other activities.

Before moving forward, there will be people questioning if sharks are really afraid of something or if it is just all a myth. Well, to clear the air, let’s discuss this first.

Are sharks scared of something?

Sharks are often referred to as the ultimate beast of the waters due to the fact that they have a giant-sized body with sharp pointed teeth and a large mouth opening. With that reputation, it’s hard to imagine something that sharks can be afraid of. These are apex predators that have been in existence for millions of years, honing their skills to become the ultimate ocean rulers.

Gone are the days when little was known about sharks and the ocean world. Despite being a prey animal, even sharks nowadays have something to fear. White sharks, which are one of the largest and most dangerous shark species, are scared of orcas, aka killer whales, as revealed by a study.

During their attacks on great white sharks, orcas flip them over on their tails and remove the livers from their soft bellies, then dispose of the bodies after eating them. Researchers found that white sharks abandoned orcas’ habitats and refused to return for a long period of time, likely to avoid conflict.

As for the other shark species, what can be said? There are a few other things that sharks are afraid of, and we are going to explore them down below.

What are sharks scared of?

By now, it’s clear that even the top predators of the seas can feel threatened or scared in one way or another. So, what are the things or the elements sharks are afraid of aside from the Orcas? Let’s find out.

You might be surprised to read that, but yes, sharks are somewhat afraid of dolphins, and we will let you know how.

Dolphins, in general, are considered kind and loving in nature, then how come they can create fear in sharks, the top predators.

Keep in mind that the shark is a solitary swimmer and hunter, whereas the dolphin goes swimming in all places in groups known as pods. In the event that a dolphin is threatened by a shark, it will call to its pod that will defend and protect the individual dolphin.

Although sharks may attack lone dolphins as prey, large pods of dolphins actually fear them. Hundreds and thousands of dolphins can live in mega pods and super pods, and they all swim together. There have been reports that these pods encircle and attack sharks from all sides, making it almost impossible for a shark to escape.

As a result, sharks tend to avoid areas with large groups of dolphins.

Predatory sharks feel threatened by orcas and dolphins, while smaller sharks are targeted by other large sea creatures and even large shark species. Due to this, small to medium-sized sharks often feel threatened or afraid of the bigger species. Find out more about shark predators here.

Despite what you may think, sharks do fear humans. The fact that sharks are apex predators, they are naturally apprehensive or scared of the unknown, and humans are no exception.

Sharks are attacked by humans for a number of reasons, including to get their fins, liver, skin, and other body parts. This certainly creates fear in sharks, and they will typically avoid interaction with humans, but if you stir them up by any means, they might attack, and it will not be easy for you to escape.

Even though sharks are being portrayed as the most dangerous species of all, they are afraid of a few things, including dolphins and killer whales. However, sharks are also scared of humans. When you look at the number of sharks killed a year, this will automatically justify.

With that said, we need to think about this and should be reconsidering our behavior toward sharks as they are important for the healthy blue oceans and for keeping the ecosystem in balance. Their extinction would cause unrecoverable damage, and the world is not at all in a position to face that.