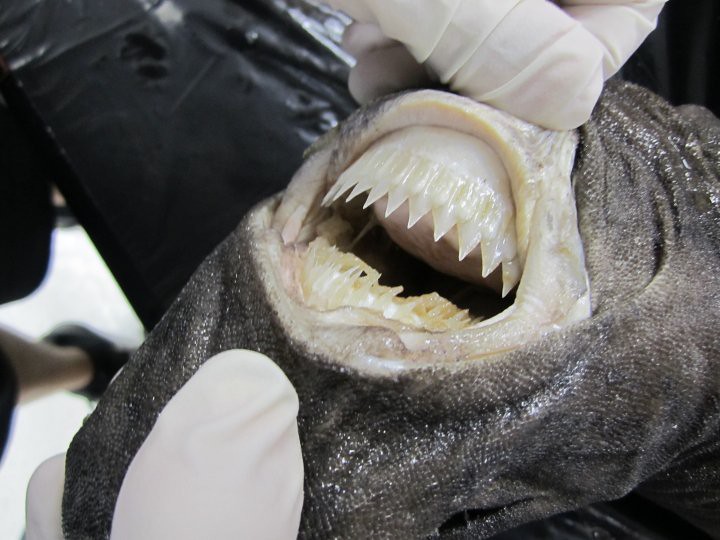 More than 500 species of sharks can be observed in the ocean, and seeing any one of them proves to be an amazing experience. As astonishing as the sharks are, their capabilities, physical characteristics, behavior, and habitat, each and everything make you wonder how marvelous sharks are. Talking about the cookiecutter shark, the name itself is enough to create curiosity.

Come on, get to the end of this hype and put an end to all this curiosity.

Aside from the name cookiecutter, this shark species is also referred to as the Cigar shark due to the fact that the shape resembles a cigar. It is also called the luminous shark because it glows underside.

Talking about their size, they are very small and are believed not to reach more than 2 feet in total. In the case of females, however, the size is noticeably larger than that of the male species.

Despite their small size, cookiecutter sharks are categorized as parasites due to their feeding habits. No matter the size, almost every marine creature living in the same habitat is open to attack. Mainly feeds on larger animals, the cookiecutter shark does not kill the opponents but, with their strong pointed teeth, grabs a piece of their flesh.

The unique feeding method is what also helps differentiate the cookiecutter from other shark species. Because of its glowing surface, cookiecutter sharks attract prey items in their area of attack and bite them with their pointed teeth.

The predatory sharks, such as the great white sharks, will have scars on their bodies, and all that is because of the cookie shark bites. Dolphins, whales, and other giant-sized marine creatures are no exception.

With that said, it has also been observed that the cookiecutter shark eats whole squid and crustaceans.

Throughout their lives, their teeth continue to replace themselves since this is the real strength of their mouth.

In terms of their physical appearance, they have cylindrical bodies covered with light organs, light brown on top and dark brown on the bottom, as well as round and large green eyes. Besides, the shark has spiracles that help in breathing in deep waters.

The cookiecutter used to spend most of their time in deep water habitat, and it is one of the reasons they are hardly spotted by humans. A temperature range between 18 and 26°C is ideal for them in parts of the ocean. Their range extends to water as deep as 1000 meters.

Do you check out how deep sharks can go underwater?

A little is known about this shark species because they used to live in deep waters and come closer to the surface often in search of food, and that too during the night. So, human interaction is rare, and therefore, they are not considered dangerous.

You will know more about where cookiecutter sharks live in the below section, where we will discuss the range and distribution of the given species.

The cookiecutter shark is widely distributed across most of the world’s tropical and warm-temperate ocean basins. All in all, the cookiecutter can be found in the Bahamas, South Africa, Australia, Mauritius, New Zealand, as well as in Japan. The Atlantic and Pacific oceans are said to be holding the most number of sharks. Hawaiian island, Guadalupe Islands, and Lord Howe Island are all home to this shark.

Since they have a small size and inhabit deep water, they are not commercially important. There is no commercial fishing of cookiecutter sharks, and they are rarely caught accidentally in fisheries targeting other species.

Nevertheless, they are considered a nuisance as they prey on large mammals and cause damage to their skin through their bites. Present in large numbers, the species does not face any threat and is rated as the least concern by IUCN.

Leaving a cookie-like pattern on the flesh of their prey, these shark species can be found in both the Pacific and Atlantic oceans. However, it is widespread and can be found in other water bodies if the water temperature is suitable for them. Check out what consists of sharks’ habitats to have a better consciousness of their surroundings.