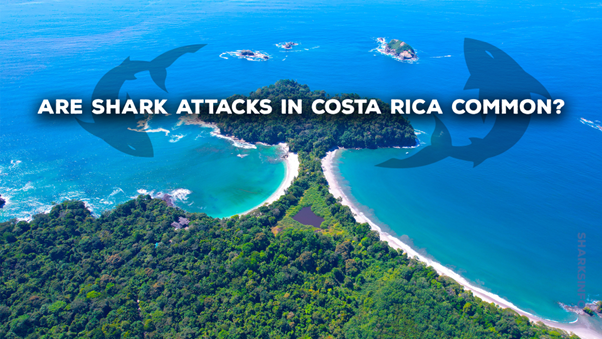 When someone mentions “Costa Rica” you will think of beautiful beaches with breathtaking scenery. Costa Rica is a stunning country situated in Central America and is linked with the coast of the Caribbean Sea and the Pacific Ocean. It is famous for its beaches, of course, Volcanos, and coffee. The water that flows through Costa Rica is home to many marine wildlife species but what about sharks? Are there sharks in Costa Rica? If so, then do they attack or not? Such types of questions are still not answered. This article going to reveal the reality behind the existence of sharks in Costa Rica waters and their attacks as well.

How Many Sharks Are There In The Water Of Costa Rica?

Yes! There are numbers of sharks that have been recorded in Costa Rica waters. According to an estimate, more than 40 species of sharks have been seen but sadly 30 out of them are about to become extinct. The tropical warm water of Costa Rica seems to be a paradise for sharks from June to October. Moreover, food such as plankton is available in excess amounts which is why many migratory species of sharks often visit the coastal waters of Costa Rica.

It is very natural to think of a shark as a fearsome creature that is always ready to attack but this is not true in the case of all species of sharks. Talking about the sharks of Costa Rica, don’t panic because the species do not attack or pose any kind of danger to human life, the attack is not very common in this region.

How Many Attacks Of Sharks Have Been Reported Till Date In Costa Rica?

The sharks of Costa Rica rarely attack humans because they are quite harmless species that lived here and do not attack until or unless provoked. Surprisingly, in the past 400 years, only 12 attacks of sharks have been reported, out of which only 6 were considered fatal. Recently in 2011, in the region of Guanacaste, attacks of sharks have been reported.

Is Swimming In The Costa Rica Waters Safe?

To some extent! Local knowledge about the sharks in the Costa Rica water is key to dealing with them. The local companies of an area will guide you to the beat of their knowledge about the behavior of sharks and the type of shark you might encounter. Thus by using the right information and equipment you are safe to take a deep swim in the Costa Rica waters.

Which Species Are Spotted In Costa Rica?

Some of the common species of sharks spotted in the waters of Costa Rica are:

The commonly spotted species of sharks in the Costa waters is the Scalloped Hammerhead shark which is an open-water predatory animal and has the capability of detecting hidden prey in the sand. These species are seen often in a school of 300 or more, wandering in the open waters in search of food. However, they have been considered critically endangered species due to human activities.

Though Bull sharks are the most aggressive species which are seen occasionally in Costa Rica waters in the search of food. Once they locate their prey and feed on it, then they will return to their native habitat. That’s why there are no records of Bull shark attacks on humans have been reported in Costa Rica.

The 12 feet long species of shark with silky smooth skin have been sighted in the Costa Rica waters but not near the shoreline, as they prefer to live at a depth of 600 to 1,600 feet, which is more than enough to avoid human encounters. They feed on mackerels, crustaceans, porcupine fish, and albacore which are abundantly available here.

Another fearsome shark, the Tiger shark have been seen for the first time in 2012 in Costa Rica waters. Interestingly, the shark does not visit the shoreline often as they prefer to live at the depth of 3,000 or more to locate their food as their primary motive to wander in the Costa Rica waters.

These sharks have been often sighted in Costa Rica waters in the search of food such as small fish and skates that are available in excess. The gang of 440 species of Nurse Shark inhabit the sandy areas, live together, hunt actively at night, and rest on the ocean floor during the daytime. These sharks are not very dangerous or lethal to humans but if you provoked them then you are at high risk.

Costa Rica is a well-known country for its beautiful beaches, strong currents, and big waves of course.  Though there are many species of sharks that have been seen in Costa Rica waters, some are extremely dangerous such as the Bull shark or Tiger shark but overall, rare attacks of sharks have been reported to date. This is because many sharks are migratory and only visit the Costa waters in the search of food whereas others prefer to live at the extreme depth. Use the best of your knowledge and have a fantastic trip with the sharks in Costa Rica.