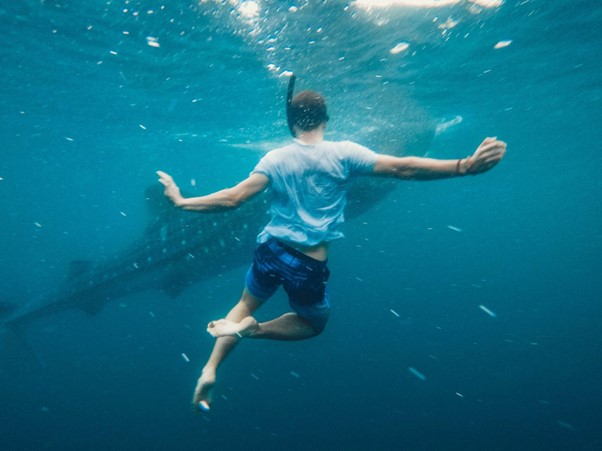 Sharks are always being depicted as the aggressive and bloodthirsty creatures that are not known to be friendly with the other living beings of the oceans or with the humans. Well, all the credit goes to the social media which makes them the real monsters of the ocean! But that’s not true – no doubt sharks are hostile animals but on the other side some species of sharks are also friendly with other species.

Regardless of the lack of Twitter, Facebook or Instagram, some species of sharks learn to maintain their reputation of being social, without any hashtags or status updates, these species of sharks connect themselves with other sharks as well – you will see such species of sharks mostly in the public displays or aquariums! Let’s move on to investigate the friendliness nature of the sharks!

Yes! To some extent!

Overall, sharks are not included in the category of friendly animals but there are some species of sharks that are not hazardous at all and are very friendly with the other creatures of the oceans. Sharks are only aggressive when something provokes them! Sharks are the natural predators of the ocean ecosystem so like other animals they always have to do what is necessary for their survival. Although sharks are not as friendly as dogs or horses, to some extent they show agreeable behavior of friendliness.

Do Sharks have Friends in the Ocean?

Most species of sharks prefer to live and hunt solitary but some species of sharks like to prey and live in a group, they may wander or even sleep in a pack. However, sharks do not develop strong bonds with each other, they have been rarely seen drifting in a group in the ocean water and are less socialized than the other animals.

Do Sharks have Friendly Relations with Humans?

Well, may or may not be! It depends upon how you treat them! Despite their scary nature, sharks are not considered a threatened species to humans because humans are not included in their diet menu, they mostly feed on small fishes, crustaceans and other water creatures. According to the reported data, out of 500 species of sharks, only 10 to 12 have been known to attack humans.

You have seen in documentaries or on social media that most of the divers get along with sharks without any danger – sharks actually don’t feel threatened or aggressive when divers touch them or circling around them, that’s why sharks do not attack them. Sharks only attack humans when they are being provoked, out of curiosity or misunderstanding.

Why are Sharks Titled as Friends not Enemies?

We have shortlisted some of the reasons here!

Yes! They show some sort of affection! Although sharks prefer to live alone but to call them feeling-less is quite punitive, sharks are not without feelings, their conduct such as nodding, swimming too close to divers and opening their mouth shows that they have a liking for the divers and repeat them whenever they meet humans!

Which Species of Sharks are Entitled as Friendly Sharks?

Out of 500 species of sharks not all the sharks are considered as being friendly to others, here are some of the species that have friendly relation with others:

Not all the species of sharks are friendly, some sharks have friendly behavior with other creatures of the oceans and with the humans also. Since humans are not part of their menu so they rarely attack them just out of curiosity or mistakenly identify them as a threat. Sharks do not mind even when they are touched or being petted by humans. Thus it concluded that sharks are friendly to some extent!