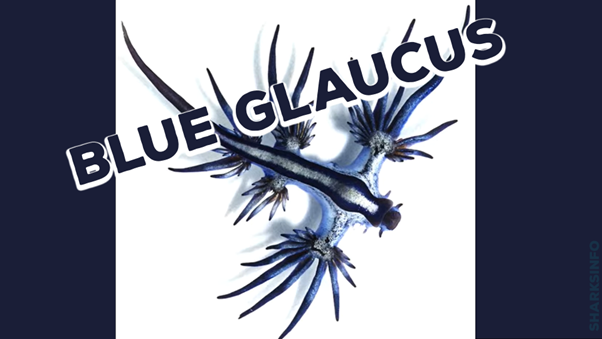 What comes to your mind when some call the word “Dragon” – do you think of a sea slug or something else? Well, the words dragon and slug sound quite unrelated. But what if we tell you that there is an animal that best suits the two words – the Blue Glaucus or the Blue Dragon?  In the article, we have compiled some interesting and informative facts for you to gain knowledge about the Blue Glaucus. Scroll down!

What Are Blue Glaucus?

Scientifically, the Blue Glaucus is known as “Glaucus atlanticus” and commonly they are called by many names such as blue dragon, blue ocean slug, blue glaucus, sea swallow, blue angel, and blue sea slug. They are a small-sized species that came into the limelight because of their unique coloration.

Where In The World Do The Blue Glaucus Exists?

These species are pelagic which means that they prefer to live in the open and extended waters. They are spotted in the temperate as well as the tropical waters of the Indian Ocean, Pacific Ocean, and Atlantic Ocean. The Blue Glaucus expanded their habitat and are sighted along the Eastern and Southern coasts of South Africa, Mozambique, Europe, and Australian waters.

What Is The Physical Appearance Of Blue Glaucus?

The Blue Glaucus has a unique type of coloration, the upper side has patches of pale and dark blue colors whereas the underside is silvery greyish. The head has dark blue stripes, these patterns provide them protection from predatory animals or any kind of danger.

Blue Glaucus has a flat body with tapering ends, with 6 appendages that protrude out from the sides called Cerata. The body is covered with millions of small hair which help them to swim in the strong tidal waves of the ocean. They have pointed and serrated teeth which help them to grab prey easily. Surprisingly, they have a maximum length of 3 cm and weigh about 3 to 100 grams.

What Type Of Behaviour Do Blue Glaucus Exhibit?

The Blue Glaucus floats on the surface of the water by swallowing the air bubble which provides them buoyancy. The Blue Glaucus are hermaphroditic which means they are capable of producing eggs as well as sperms. As a result of mating, they produce 10 to 20 spiral eggs, the eggs stick to the surfaces and hatch after the completion of the developmental process. The Blue Glaucus have an average life span of 1 month or reaches 1 year.

Further, the feeding habitat of Blue Glaucus is exceptional, they feed on venomous creatures of the ocean such as Portuguese man of war, violet snail, and blue button. The mucus membrane under their skin protects them from the stings of such poisonous animals. Moreover, they can store nematocysts in the appendages which makes them more dangerous to hunters.

Do Blue Glaucus Faces Any Threats?

Just like all marine and aquatic creatures, Blue Glaucus also faces several threats, some of which are listed here:

Well, that’s all about the Blue Glaucus and their survival habitat.

Further, we have shortlisted some of the interesting facts that are not known to many people, here we go:

1:  The Blue Glaucus can camouflage with its environment which protects them from predatory animals.

2:  The group of Blue Glaucus is called “Blue Fleet”.

3: They belong to a group of Mollusks.

4:  They are highly venomous species and have dangerous stings.

5:  Blue Glaucus are not got to keep in the aquarium because of their dietary needs

6:  They as a defense mechanism store stinging cells that give out a powerful shock when touched.

7: Mating is a careful procedure because if they sting the mate, it will die.

8:  They have pointed and sharp teeth, embedded in their strong jaws which crush the larger prey easily.

9:  They are species of tropical oceans but have recently been seen on the beaches of Australia and Europe.

10:  The hard disk under their skin, protects them from the stringer cells of the prey.

Blue Glaucus is commonly known as Blue Dragon because of its unique coloration. They are commonly sighted in the open waters of the extended oceans but recently have also been seen around Australian and European beaches. The Blue Glaucus are hermaphroditic which means they are capable of producing eggs as well as sperms. Interestingly, they feed on the venomous species of the ocean such as the Portuguese man of war, violet snail, and blue button.

As a defense mechanism, they store the stinging cells in the appendages to protect themselves from any kind of danger. That’s all about Blue Glaucus! But for your ease, we have also shared some interesting facts that will help you to learn more about Blue Glaucus.