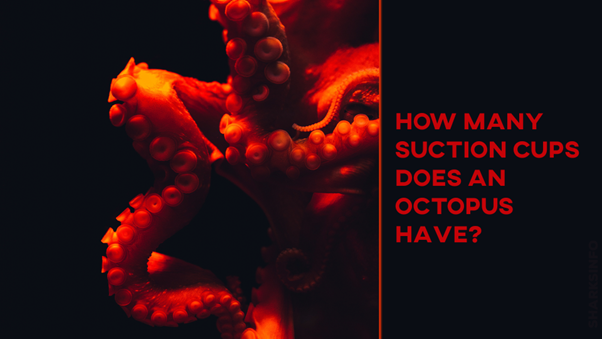 Octopuses have been living in ocean water for more than 300 million years and have evolved to survive in the changing environment. The notable evolution is the array of eight arms which are strong enough to capture prey and grip rocks and help them in moving. The arms are covered with several suction cups. Do you ever get a chance to count these suction cups? Find out in this article.

How Many Suction Cups Does An Octopus Have?

What Is The Anatomy Of The Suction Cup Of Octopuses?

How Strong The Suction Cups Of Octopuses Are?

What Function Do Suction Cups Of Octopuses Have?

The suction cups of the octopuses are one of the prominent adaptions. The suckers allow the octopuses to cling to the rocky objects. But most importantly, these suckers work as a sensory powerhouse that is meant for smelling and tasting the prey.

What Do The Suction Cups Of Octopuses Feel Like?

When touched, the suction cups of the octopuses feel greasy and silky. The suctions cups are muscular structures that give them a soft appearance with extreme strength.

The octopuses are named so as they have 8 arms which help them in movement as well as in hunting. The arms are covered with small muscular structures called suction cups which allow the octopus to stick to the rocky objects. These cups have several numerous nerve receptors which function in smelling and tasting the prey. Well, the number of suction cups varies from species to species but according to an estimate, there are 2, 240 suction cups on the arms of the octopuses – each arm bear 280 cups.