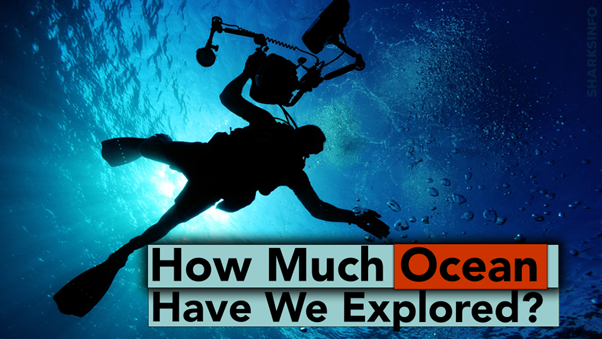 We have always learned that water covers about 70% of the Earth’s surface, and 95 % of water exists in the oceans. Oceans play a key role in regulating environmental conditions such as climate, temperature, and atmospheric pressure and support a diversified life under the water, providing them with abundant food, and shelter – keeping the balance in the ecosystem. In simple words, all living organisms rely on oceans for their survival either living under the water or on land. But how much these extended water bodies have been explored up till now? Any guesses? Scroll down to find out the answer.

What Is Ocean Exploration?

Ocean exploration is the deep analysis of aquatic and marine ecosystems and the creatures living under the extended water bodies. It is helpful to understand the ocean in detail and to gather information about how the ocean affects the physical factors of the Earth such as temperature, climate, and atmospheric pressure.

How Much Ocean Have We Explored?

Well, you must be astonished to know that only 5% of the ocean has been explored up till now, the remaining 95% is still a mystery for researchers. Out of this, only 0.05% of the ocean water has been mapped.

Why A Major Portion Of The Ocean Is Not Explored?

Exploring the ocean is not as simple as it sounds, there are reasons which keep the ocean unexplored. Exploring the oceanic world requires incredibly expensive resources. Moreover, at the extreme depth, there is no light which will make it impossible to see the objects with the naked eye. Further, extremely cold temperatures, gravity, and pressure in the depth of the ocean are so high that a human can’t bear them.

What Is Required For Ocean Exploration?

Researchers used various objects to explore the ocean. They use objects like buoys and water column samplers to monitor the water quality as well as the floor of the ocean. Remotely operated devices and sonars are also used to analyze the ocean as it is the most precise procedure to map the ocean because sound waves travel faster and deeper than light waves.

Who Explore The Ocean Up Till Now?

The federal government of the United States in collaboration with The OER (Ocean Exploration and Research) and NOAA (National Oceanic and Atmospheric Administration) designed a program to discover the ocean and to gather useful information related to the life that exists in the extreme depth of the ocean. Further, NASA (National Aeronautics and Space Administration) also contributes to exploring the ocean for many years from space by using oceanographic satellites.

Oceans are large extended water bodies that cover around 70 % of the surface of the Earth. Oceans play a key role in maintaining the equilibrium in nature by supporting life not only under the water but also on the land. Sadly, just 5 % of the oceans have been explored, the remaining 95% is unexplored because it requires resources and technologies which are too expensive to explore the floor of the ocean.