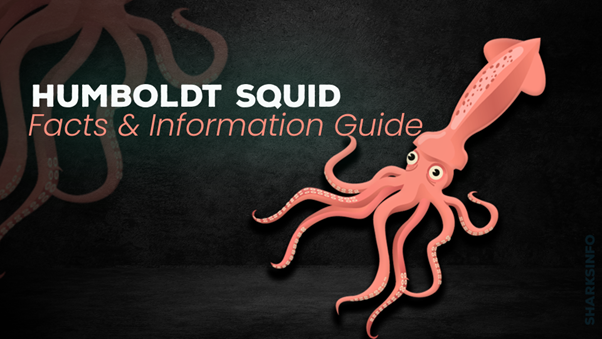 The Humboldt Squid commonly known as Jumbo Squid can fly which is why it imparts a scary figure in the deep sea. Due to their appearance, they are known as the ‘Monsters of the deep’. Though the population of Humboldt Squid is continuously increasing in the ocean that may impart a negative impact on the food chain. We, in this article, are going to share with you everything about the survival habitat as well as some of the interesting facts about the Jumbo Flying Squid. Scroll down!

What Is The Scientific Classification Of The Humboldt Squid?

What Is The Geological Distribution Of The Humboldt Squid?

The Humboldt Squid is a deep-sea species that inhabited the Eastern coast of the Pacific Ocean at the depth of 2,000 to 2,300 feet or even more. They are sighted in the open waters of Peru, Mexico, and the North Western coast of Washington, Chile, South America, British Columbia, California, and Alaska.

The body of the Humboldt Squid consists of a long and cone-shaped Mantle that bears all the organs and a Funnel that contains 100 to 200 hooks for sucking, laying eggs, excreting waste, exhaling, and moving through the water current. They have powerful beaks that help them to tear their prey.

They are red colored that’s why they are named Red Devils. They possess well-developed eyes that help them to see through the murky and muddy waters.  The deep species can grow to a maximum length of 2 meters and weigh about 50 kg or even more. Interestingly, they can camouflage with their environment, depending upon their mood but the reports suggested that there are 28 colored species of Humboldt Squid seen.

What does Humboldt Squid eat?

Being the largest member of the cephalopods. They have a much-diversified diet. The Humboldt Squid feeds on:

The reproductive behavior of the Humboldt Squid is not clearly understood because the courtship is so deeply performed that it is difficult to observe. During mating, the male squid transfer sperms into the female mantle with the help of tentacles. After the fertilization process ends, the female squid lay more than 20 million eggs. After the eggs hatch, the juvenile pups are more susceptible to predatory animals.  Some of them reach the adult stage but their life usually ends up after the completion of the reproductive phase. The Humboldt Squid can live for only 2 years.

What Threats Does Humboldt Squid Face?

Although they are considered Data Deficient in the red list of IUCN. However, Humboldt Squid faces many threats as under the water they have been threatened by predatory animals like Pilot whales, Seals, Sperm whales, Swordfish, Sharks, and Sea birds. Other than that, human activities, changes in climatic conditions, pollution, global warming, and destruction of habitat also affect the population of Humboldt Squid.

We have compiled some amazing and interesting facts about the Humboldt Squid which many people do not know.  Here we go;

1:  The Humboldt Squid are known to feed on the members of their own family.

2:  The ancestors of the Humboldt Squid existed about 400 million years ago.

3:  Out of 10 tentacles, the two of them are remarkably elastic that can hook the prey with amazing speed.

4:  They are capable of moving right, left, forward, and backward and can change direction at any time.

5:  The internal anatomy of Humboldt Squid depicted that they have 3 hearts.

6:  Rather than red, the Humboldt Squid has blue blood.

7:  They have a well-developed brain which made them the most intelligent invertebrate of the deep sea.

8:  The Humboldt Squid can change many colors in a second.

9:  The females become mature in one year and males reach maturity level in just 10 months.

10: The Humboldt Squid communicates with other members through visual clues such as by displaying various patterns and colors.

Humboldt Squid is the largest member of the cephalopod family. They have a remarkable ability of flying which is why they are also named jumbo flying squid. They are usually spotted in the Pacific Oceans but have also been spotted in the various localities of the ocean as well. They live deep in the oceans where they have to face many threats, the environmental factors pose threats to them as well.