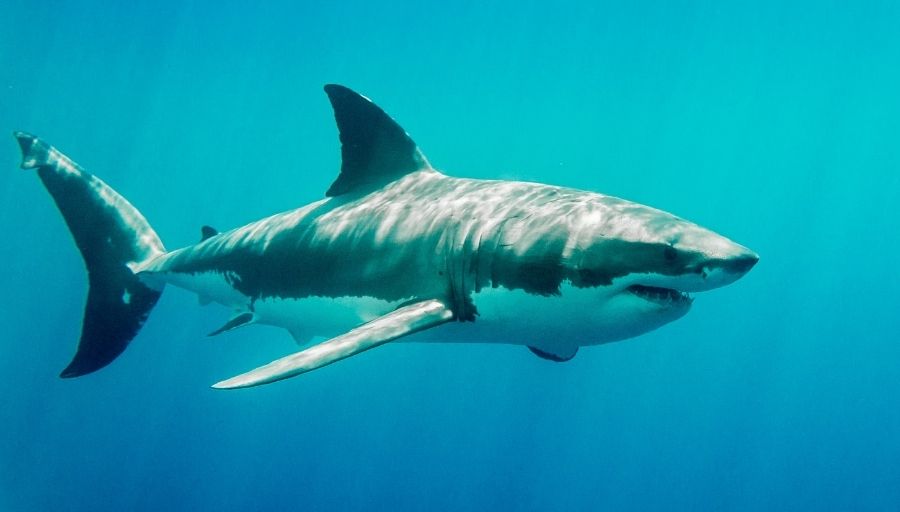 Sharks are one of the most terrifying creatures on planet Earth but at the same time, they are one of the most fascinating creatures that never cease to enthrall our imagination – the unique, powerful, and scary creatures have evolved for millions of years to better adapt the changing environment and to rule the world of ocean. Are you ready to learn some of the interesting and fun facts about the majestic beast of ocean water? You will be stunned to know how special sharks are.

Drool into the article and enjoy it. Scroll down.

For your interest and knowledge, we are sharing a bumper stack of 24 interesting and fun facts about the formidable creature of the extended oceans – the sharks!

Fact # 1:  According to fossil records, sharks have been living on the planet earth for more than 450 million years and are older than dinosaurs and even trees.

Fact # 2:  The remarkable creatures have survived the five mass extinctions and are still living healthy in the open waters. Interestingly, it is depicted that sharks rule 70 % of the world.

Fact # 3:  Sharks are known to be the apex predator of the ecosystem and play a key role in maintaining a healthy ecosystem by keeping the population of fishes and other animals in equilibrium.

Fact # 4:  Sharks prefer to live near the floor of the ocean where food is available abundantly. However, they also visit the shoreline to hunt their prey.

Fact # 5:  Sharks do not have bones instead they have skeletons made up of cartilage which provides them flexibility, allows them to make quick turns, and helps them to swim at a high speed.

Fact # 6:  Sharks have well-developed sensory organs which help them to hunt prey and to sense danger. However, they are also blessed with remarkable electroreceptors which detect the electric and magnetic fields in the water current, and Lateral lines which help them to detect pressure changes.

Fact # 7:  Sharks need oxygen to breathe which is why they are always in motion to direct the flow of water over the gills which observe oxygen and provide it to sharks for respiration.

Fact # 8:  Some sharks such as Hammerhead sharks can see the world at 360 degrees – thanks to their odd-looking hammer-like head which provide them with remarkable binocular vision.

Fact # 9:  Some species of sharks are bio luminous which means they can glow in dark. Species of sharks such as Swell sharks and Cat sharks produce light to communicate or to attract the mate for mating. Moreover, the fluorescence ability of sharks helps them to camouflage with their environment to protect them from other predatory animals.

Fact # 10:  Sharks produces 35,000 to 50,000 teeth throughout their life. They can shed the old teeth and replace them with new ones. Interestingly, only 300 teeth on average are functional at one time.

Fact # 11:  Sharks have a very well-developed sense of hearing but like mammals, sharks do not have an external ear instead they possess an internal ear that is located inside their head.

Fact # 12:  Though sharks avoid cold habitats and prefer warm water, the Greenland sharks are the only species that can tolerate the cold temperature of the Arctic region. Unbelievable!

Fact # 13:  The embryo of sharks can sense the danger when they are inside the leathery pouches. When they sense the movement of a predator, they stop breathing and freeze to gain shelter and distract the predator. However, they sometimes break the shell and come out with survival strategies.

Fact # 14:  It is interesting to know that the embryo of some sharks such as Tiger sharks is known to attack other embryos or eat them for survival, following nature’s rule – survival of the fittest.

Fact # 15:  The Whale sharks are known as the largest sharks that can reach up to 32 feet in length and weigh nearly 9 tonnes whereas Dwarf lantern sharks are the smallest known shark that can grow to a length of 8 inches and weigh 9 kg only.

Fact # 16:  Although sharks are the top predators of the food web they do not attack humans because sharks fear humans the most.

Fact # 17:  According to an estimate, about 100 million sharks have been slaughtered every year for fins, oil, and meat. Think who is crueler – sharks or you?

Fact # 18:  One can determine the age of sharks by counting the number of rings present on the vertebrae of sharks – just like the annual growth ring of trees.

Fact # 19:  Like other fishes, sharks lack a swim bladder. The large liver containing oil provides them with a buoyant force that prevents the sharks from sinking to the bottom of the ocean.

Fact # 20:  Depending upon the type of sharks, they reproduce by a different mode of reproduction. Some sharks are oviparous (lay eggs), viviparous (give birth to young pups), or ovoviviparous (internal development of eggs and giving birth to young ones).

Fact # 21:  Some species of sharks such as The Great White shark can jump out of the water either to grab the prey or just for fun – known as breaching.

Fact # 22:  Sharks are more likely to get attracted to bright colors like orange, white, silver, or yellow whereas dull and muddy colors like brown and blue are less appealing to them.

Fact # 23:  Sharks have eyelids but are unable to blink. a nictitating membrane protect their eyes from injuries.

Fact # 24:  Shark eyes turn white when they fight with predatory animals. To protect the eyes from injuries, they turn the eyes towards the back of their head.

Sharks have been living in the ocean for millions of years, they have undergone a variety of adaptions to survive in the changing environmental condition. These adaptions allow sharks to maintain their top position in the oceanic world. If you are a shark lover then this article will be your first preference to learn some interesting and fun facts about the most incredible creature of the seas and oceans.