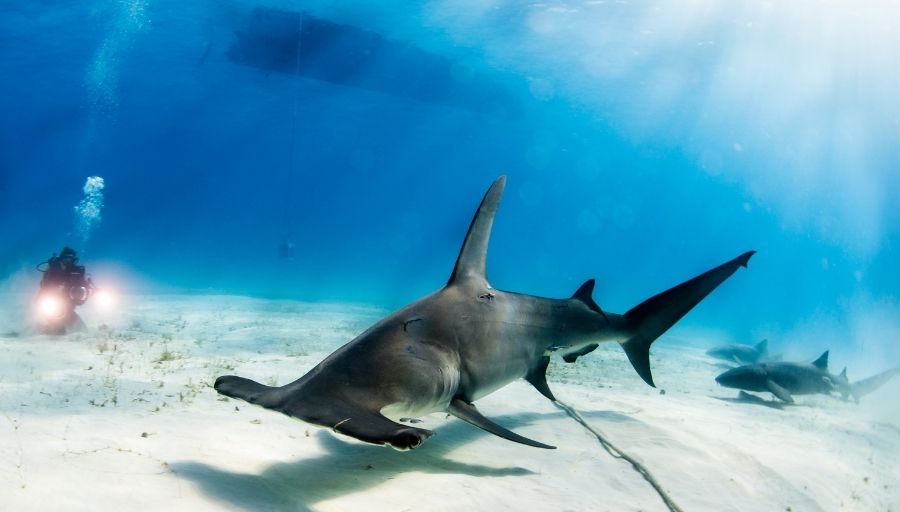 You will easily recognize this unique species of shark by just taking a look at its odd hammer-shaped head. Scientifically the hammer-like head is called Cephalofil.

The Hammerhead sharks belong to a family Sphyrnidae – the family comprises 9 species of Hammerhead sharks. The largest member of this family is the Great Hammerhead shark which is extremely threatening to humans.  The sharks are grey to greenish colored and whitish underneath. They have a small mouth as compared to the head with small serrated teeth, and bulgy eyes which provide them a vision of 360 degrees. The smallest species of the shark family is about 0.9 meters and the large one is about 6.1 meters in length.

This was just a brief introduction to Hammerhead sharks, there is still much more which needs to be explored. Read the article to know important information related to their living habitat

What Habitat Do Hammerhead Sharks Prefer?

The species of Hammerhead sharks are found living in the warm waters of tropical zone all over the world. They are mostly spotted near the coastline or continental shelves but some species prefer to live near the floor of the ocean. Geographically, they are distributed in Malpelo Island, Galápagos Islands, Cocos Island, Hawaii, Indonesia, Costa Rica, and Southern Africa.

Hammerhead sharks are omnivorous species and feed on a large variety of food items such as:

What Is The Life Span Of Hammerhead Sharks?

Are Hammerhead Sharks Dangerous For Humans?

The Hammerhead sharks belong to a family of Sphyrnidae comprises of only 9 species. Although the head looks weird it gives sharks a 360-degree vision which helps them to locate their prey easily. Hammerhead sharks are omnivore species that include diversified foodstuff in their diet. However, sharks being ferocious and giant creatures do attack humans but not occasionally, only a few cases of their attack have been recorded to date.