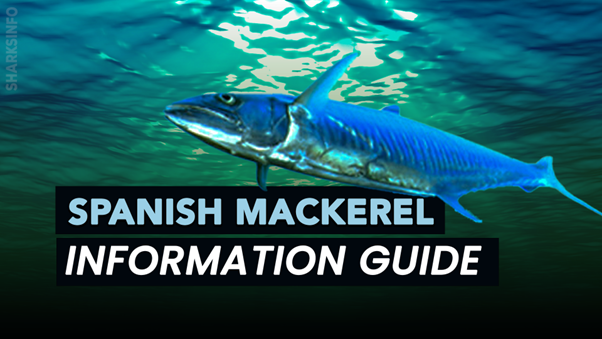 The Spanish Mackerels belong to the group of ray-finned bony fishes which prefers saline water habitat. They are commonly called by another name such as Seer fish. These species gain human attraction as they show a close resemblance with the King Mackerels.  However, they also exhibit an evolutionary relationship with other fishes such as Bonitos, Tuna, and Butterfly kingfish. Let’s study this fascinating species in detail.

What Habitat Do Spanish Mackerels Exhibit?

Spanish Mackerels are pelagic species that prefer to live deep in the ocean water at the depth of 10 to 40 feet or may be up to 80 feet along the reef habitat. They are usually found living along the coastal regions of the Islands, wrecks, headlands, mainland, and Bays. However, these species have very narrow geographical ranges, they are native to the Gulf of Maine, the coast of Florida, the Yucatan Peninsula, the Gulf of Mexico, and Indo-Pacific waters.

What Is The Physical Appearance Of Spanish Mackerels?

The Spanish Mackerels have long streamlined bodies with dark green and slivery from the upper side, and have yellow-colored oval-shaped small spots on the side of the body. The dorsal fins have blue-blackish blotch on them and have 17 to 19 spines which provide defense from predatory animals. They can reach a maximum length of 1.5 inches and weigh around 11 pounds but the largest specimen ever recorded can measure a length of 2.4 meters and weigh approximately 40 kg.

What Do Spanish Mackerels Eat?

Spanish Mackerels are carnivorous species which means that they include meaty foodstuff in their diet such as:

What Behavior Do Spanish Mackerels Exhibit?

Interestingly, the Spanish Mackerels are active swimmers and highly migratory species which are capable of traveling a long distance of 20 miles in a day with a burst of 5.5 meters per second. These species can usually travel in a large school. They have an average life span of 22 years but some species may live even for 25 years as well.

What Is The Reproductive Mode Of Spanish Mackerels?

The spawning season of Spanish Mackerels is at its peak in the month of May to September. During the breeding season, the female mackerels release around 1.5 million eggs in saline waters which contain oil drops, providing buoyancy, and allowing the eggs to float on the surface of the water. The Spanish Mackerels reach the maturity stage at the age of 1 to 2 years.

What Is The Conservational Status Of Spanish Mackerels?

Spanish Mackerels are a very popular species among the fisheries as they are commercially sold in the market as a source of food. They have been caught through the nets and gillnets easily because of their small size. However, in the Red list of IUCN, Spanish Mackerels have been listed as the Least Concern species.

Spanish Mackerels belong to a group of ray-finned bony fishes which show a close resemblance to King Mackerels. These species are not widely distributed over the globe and they prefer to live in the depth of the ocean. Their long streamlined bodies with dark green and slivery from the upper side with yellow spots on the sides make them look a bit different. Being carnivorous species, they feed on small-sized prey. However, these species are commercially very popular and have been considered as Least Concern by IUCN.