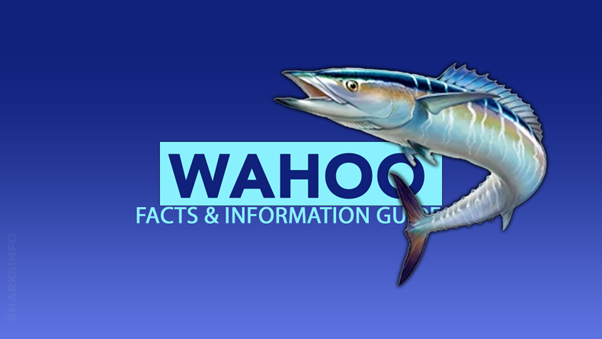 Wahoo – the largest member of the family Scombridae. Scientifically, they are named Acanthocybium solandri and the common name of the species depends upon the locality as they are called “Ono’ in Hawaii whereas they are named “hoo” in the United States. We, in this article, are going to share information related to the survival habitat of the Wahoo fish as well as some of the known facts that you might not know, let’s take a deep dive with us to take a deep analysis of Wahoo.

What Is The Geological Distribution Of Wahoo?

The wahoos are a common species of fish that are in almost all the oceans of the world. They usually prefer the water of the tropical and subtropical regions. Along the coastal areas of the Indian Ocean, Pacific Ocean, and Atlantic Ocean, the species are commonly sighted. Moreover, they are not deep-sea swimmers and prefer to live in the middle zone of the ocean.

Wahoo has slender torpedo bodies with unique coloration – they are silvery white from the ventral side and are bluish colored from the dorsal side with strips on the flanks. They are active hunters, having big mouths which help them in grasping their prey. They have 2 dorsal fins that are large enough to cover half of the length of their body. The first dorsal fin bears 24 spines whereas the 2nd bears 1 to 9 spines. The caudal fins are located between the two dorsal fins. They are known to have a length of approximately 8 feet and are about 180 pound heavy.

What Do Wahoo Fish Include In Their Diet?

The Wahoo are not very picky towards their diet, they feed on almost everything they find in their way, like:

How Wahoo Do Reproduces?

There is not much known about the reproductive behavior of Wahoo fish but researchers believe that they have long breeding seasons. After fertilization, the female Wahoo release more than 1 million eggs in a single spawning season. The Wahoo reaches the adult stage at the age of 1 year. Though, they are known to have a life span of only 6 years.

What Is The Conservational Status Of Wahoo?

Due to their large population and short life period, the Wahoos are highly vulnerable and common species among the fisheries. During their spawning season, the fisherman becomes active and catches the fish by using the fishing net and selling them in the markets for commercial purposes. However, due to the high reproductive rate, the population of Wahoo is not greatly affected by fishing practices. But they have ranked under the category of a “Least Concern” species in the Red list of IUCN.

Interesting Facts About The Wahoo

Some of the interesting facts that are not commonly known to people are compiled here:

1:  In Hawaii Island, the Wahoo is the most common seafood because of its divine taste and meat.

2:  They are pelagic fishes which means they only visit the shoreline when they have to feed otherwise they live mostly under the water.

3:  Like other members of the family. The Wahoo are not warm-blooded species, they do not regulate their body temperature.

4: The member of the Scombridae family lives in schools but Wahoo is the only member that lives in solitary.

5:  The unique bluish coloration of the Wahoo makes it look different from the other species.

6:  If they die, then the color of the fish starts fading.

7:  They are closely related to the Spanish mackerels, making it difficult for the fisheries to distinguish between the two.

8:  Both jaws of the Wahoo fish are movable which allows them to grasp the prey easily.

9:  After catching the prey, the Wahoo closes its mouth, and the folds of skin cover the mandibles.

10:  Under the water, Wahoos have been largely threatened by sharks.

Wahoos are the largest and most prominent of the family Scombridae but they have many features which make them look different from the other members, such as the unique bluish coloration, movable jaws, and solitary behavior. As they have a high reproductive rate, the population of Wahoo is not affected by the fishing practice or other predatory animals of the water. Unfortunately, they can live only for 6 years or even less than that.