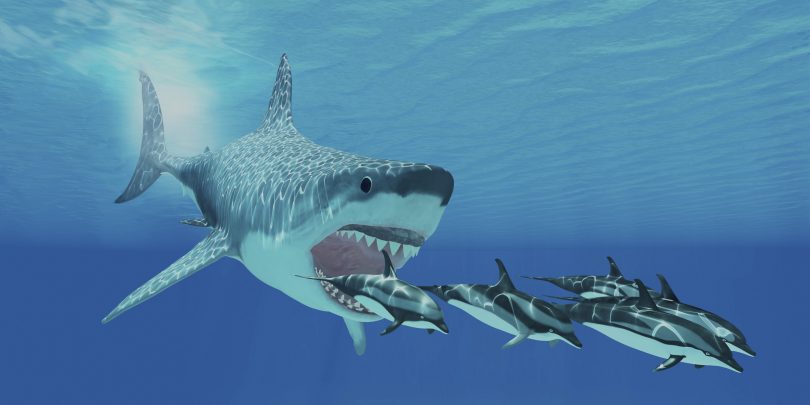 Sharks, in general, are an incredible species, and when it comes to great whites, they are remarkably amazing. In light of the size, power, and speed of white pointers, it’s easy to understand why the species is considered the apex predator in the animal kingdom. Pertaining to this, it often intrigues our mind what animal would take on the great whites. If you were wondering the same, let’s get to know the answer now.

This species of shark, also known as the white pointer, is notable for its large size and for its hunting capabilities which give it an advantage over other animals in the ocean. Growing to a length of around 20 feet, there are hardly any other species reaching this size.

Found in all major oceans of the world, the giant beast is intelligent, has impressive eyesight, and a sense of smell which often helps them locate and target their prey like no other. Besides, they can also sense electrical fields in the water, all thanks to their 6th sense.

Among more than 500 species of sharks inhabiting the ocean world, great white sharks stand out due to their aggression. The scary beast holds the record for the largest predatory shark as well as has powerful jaws with super strong bite force.

Their superseding features among all other sharks make them look like an untouchable species. That’s when the curious mind questions if there is any animal out there in the ocean that loves to prey on great white sharks.

As top predators, great whites eat many species of marine creatures, including large mammals, but it is believed that none can consume white pointers. However, it’s not true. The most dangerous species of shark are also preyed on and eaten by the animal called the killer whales or also famously known as the Orcas.

There has been an observation of killer whales surrounding a great white from the side to flip it upside down when they come across it in a group. As a result of being flipped over, sharks are rendered immobile and are incapable of moving or defending themselves. That’s how killer whales are able to put down the apex predators to death.

Are There Any Other Animals Aside From Orcas Able To Prey On The Great Whites?

Yes, the other great white shark. A great white shark can be spotted in the wild with marks of bites from other sharks. Due to the variations in sizes and strength of sharks, larger and more powerful species prey on weaker and smaller sharks.

Other than that, there are no marine creatures known to take down the white pointers. It will either be the killer whales or the other great white shark attempting to eat the great whites.