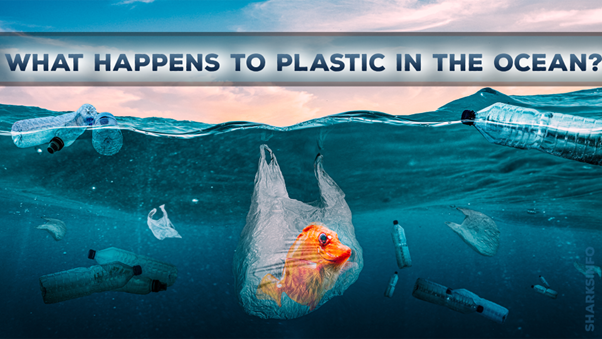 All over the globe, hundreds of millions of plastic waste have been generated every year, which not only affects life on land but is also harmful to the creatures living under the water. Some portion of the plastic may be recycled into useful products but a significant portion of it requires hundreds of years to decompose. In this article, we are going to expose some of the common damages caused by the accumulation of plastic in ocean waters. Scroll down!

What Happens To Plastic In The Ocean?

Plastic as we have seen and studied is the major form of litter found in the oceans nowadays. The main source of plastic that enters the ocean water is coming from the land. The accumulation is affecting aquatic and marine life to a great extent. It affects the health of the ocean, as well as the health of the species.

From Where Does Plastic Wastes Enters The Oceans?

Of course from land.

According to an estimate, every year 300 million tonnes of plastic is produced, out of which only 9 % has been recycled and the rest of the amount ends up in the oceans affecting the life there. Most of the plastic waste comes from industrial activities, illegal dumping, stormwater runoff, inadequate waste disposal and management, nautical activities, the fishing industry, and aquaculture.

How Does Plastic Affect The Ocean Life?

Most of the species such as seabirds, fishes, turtles, and whales mistakenly engulf plastic mistaking it as a food source, which results in the suffocation, indigestion, and entanglement of many species of ocean. Sometimes, it may lead to the death of important animals due to starvation as their stomach is filled with plastic. Thus, plastic not only disturbs the habitat but also affects the biodiversity of ocean life.

Other than that, they may suffer from the:

Why Do Aquatic Animals Engulf Plastic?

Well, fishes or other aquatic animals do not engulf plastic intentionally in fact they mistakenly eat it up. This happens because, the effect of wind, ultraviolet radiations, and other natural factors breaks the large pieces of plastic into small fragments called microplastics or nanoplastics, the size of pieces ranges from 5 mm to 100 mm. These particles are easy for animals to take up unintentionally under the murky waters.

What Kind Of Plastics Accumulates In The Oceans Water?

A large number of plastics accumulate in the ocean water which affects aquatic and marine life, such as

How Badly Do Oceans Affect By The Plastics?

Plastic waste affects aquatic life and indirectly affects the beauty of the oceans. It damages the aesthetic value of tourism, imposing a negative impact on the tourist. It also affects the economy of the management, necessary for the cleanliness and maintenance of the ocean’s scenery.  Moreover, the destruction of natural habitats and change in climate due to excessive emission of carbon dioxide results in the migration of species to other localities, reducing productivity.

What Precautionary Measures Should Be Taken?

To keep not only the land environment but also the oceanic world free from plastic following precautionary measures should be taken:

Life under the water is very important for keeping aquatic and marine ecosystems healthy. But there are many environmental factors that affect them to a great extent, among all, the accumulation of plastic waste greatly affects oceanic animals. This may cause ingestion, suffocation, and sometimes the death of the species due to mistakenly engulfing the plastic components. This affects the productivity of the ocean, thus disturbing the overall framework of the oceans.