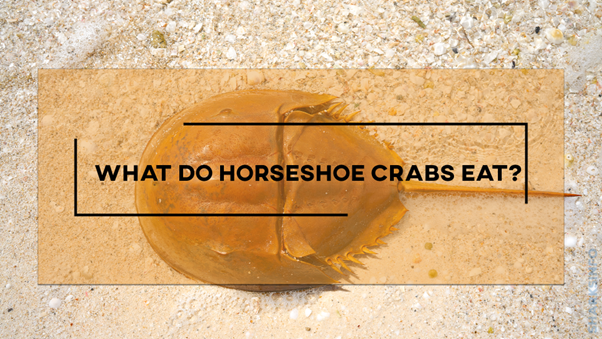 Horseshoe crabs have been living in the open waters for more than 300 million years and it is reported that they have been older than even dinosaurs. The prehistoric crabs look more or less like spiders or scorpions. They are decapods allowing them to walk on the floor or the sandy areas. Moreover, they have a hard exoskeleton which provides them protection from predatory animals or environmental damage. More importantly, less is known about the feeding habitat of the horseshoe crabs. Scroll down to reveal more about what they eat.

What Do Horseshoe Crabs Eat?

Horseshoe crabs are bottom dwellers who feed on the prey buried in the mud or sand at the bottom of the ocean’s water. They are omnivorous species that feed on diversified diet items. Here are mentioned some of the dietary items on which Horseshoe crabs feed:

They are soft-bodied invertebrates that have a shell made up of calcium carbonate and a soft mantle that covers the body. They are mostly found living in the muddy and rocky substrates where their predator’s Horseshoe crabs easily locate them.

Aquatic worms are benthic dwellers that are found living in the organic matter present on the surface of the seas and oceans. Some of them also live along the sediments where they become easy prey for Horseshoe crabs as they provide them with a high level of nutrition.

Algae are photosynthetic organism that plays a significant role in maintaining the ecosystem as they are at the bottom of the food chain. Moreover, almost all aquatic animal feeds on the algae such as Horseshoe crabs, and provide oxygen to other marine animals.

As the Horseshoe crabs are about 18 to 19 inches in size, so they also feed on small fish. The fishes provide them with a large amount of meat, rich in nutrition such as fats and proteins, and minerals that are necessary to maintain the level of their body’s energy.

What Do Horseshoe Crabs eat In Captivity?

As they live happily in the artificial environment but require certain food items such as:

Horseshoe crabs are the diversified members of the crustaceans that are bottom dwellers which feed on the prey that are buried in the sand or mud. Moreover, they include shelled animals such as mollusks are also a part of their diet. In the captive environment, they feed on dehydrated algae, shrimps, fish pallets, and frozen pieces of meat.