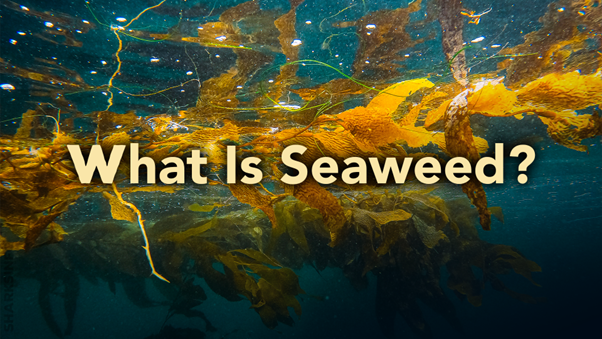 Seaweeds – sounds like the weeds growing in open water offering no benefits at all. Right?

Seaweed is a term used to describe a different variety of plants and algal species that grow in water bodies such as oceans, rivers, streams, or lakes. There are more than 10,000 types of seaweeds that exist in the world, out of which only 300 to 400 varieties are used as a source of food as well as for commercial purposes. Scroll down to learn everything about seaweeds.

Seaweed is a general name given to the different species of plants and algae growing in water bodies. Seaweeds are also named sea vegetables and are a source of food for marine species. Seaweeds mostly grow near the seashores and vary in colors such as green, brown, red, and sometimes black as well.

Where Do Seaweeds Grow?

Seaweeds are mostly found in those areas where enough light is available for their growth. They can grow near the shoreline as well as at the depth of 200 meters or more. Many seaweeds like kelps are found growing near the floor of the ocean, anchoring to the rocks or other substrates.

Yes! Seaweed is edible all over the world but is a staple food in many Asian countries, especially in Korea, Japan, and China. China is considered the largest producer of edible seaweed, Canada, Ireland, South America, and the United States have also been listed among the top countries for the consumption of seaweed.

What Are The Most Common Edible Seaweeds?

Though various types of seaweeds are edible across the world the most favored seaweeds are:

1:  Nori:  It is a red type of seaweed that is dried and cut into small sheets and is used to wrap sushi.

2:  Wakame: It is a green-colored seaweed, that has a sweet flavor and is added to salad or soups to enhance the taste.

3:  Kombu:  It is a brown weed that is popularly used in Japanese dishes to enhance flavor.

4:  Hijiki:  It is a black seaweed that is mostly used as an appetizer and is a main component of salad, broth, or vegetarian dishes in Asian countries.

5:  Dulse: It is a purple-colored seaweed that is used as a topping over popcorn, salad, or potatoes.

Which Nutrients Are Found Abundantly In The Seaweeds?

Many essential nutrients are found in seaweeds such as:

What Are The Health Benefits Of Eating Seaweed?

Seaweeds contain many essential minerals that provide health benefits such as:

Does Seaweed Pose Any Harmful Impact On Humans?

Although seaweed is considered one of the healthy foods but overconsumption may also affect the health of humans as well. As seaweed contain a large amount of iodine, the high intake of it may interfere with the functioning of thyroid glands and may cause goiters. Seaweeds are also rich in toxic metals such as lead, mercury, or cadmium, which may accumulate in the body with time and affect the health of a person badly.  It also contains a high amount of potassium, which may affect the functioning of the kidney.

Seaweed is a term that is given to the variety of species of plants and algae growing in the water bodies like oceans, rivers, and lakes. They are found growing in areas where enough light is available for them. Seaweed is a staple food in many Asian countries because they are a rich source of minerals and nutrients. However excessive consumption of seaweeds may interfere with the health of human beings.