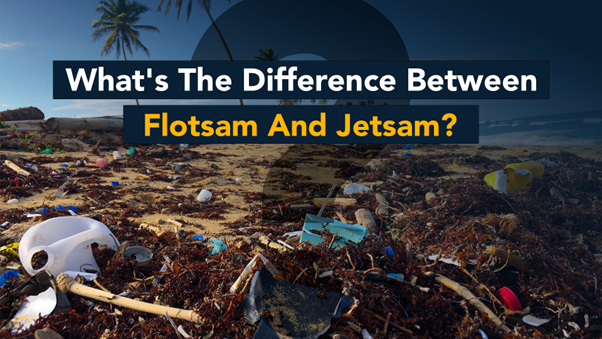 Flotsam and jetsam sound like a name of two twin brothers. Right? But in actuality,  in oceanic language, flotsam is a cargo or wreck which remains afloat after the ship sinks whereas jetsam is equipment that is thrown from the ship in distress that sinks and remains underwater. Scroll down to reveal more differences between the two.

What’s The Difference Between Flotsam And Jetsam?

Well in simple words, flotsam and jetsam are described as debris that are either discarded or useless objects. Here is the list of factors that will help you to distinguish between the two:

Flotsam and jetsam are a type of marine debris which are found either floating on the surface of the ocean or may sink towards the floor of the oceans or seas. Flotsam is the result of shipwrecking probably by accidents whereas jetsam is the discarded objects, thrown in the water to lighten up the ship. However, this debris affects aquatic life as well as wildlife greatly.