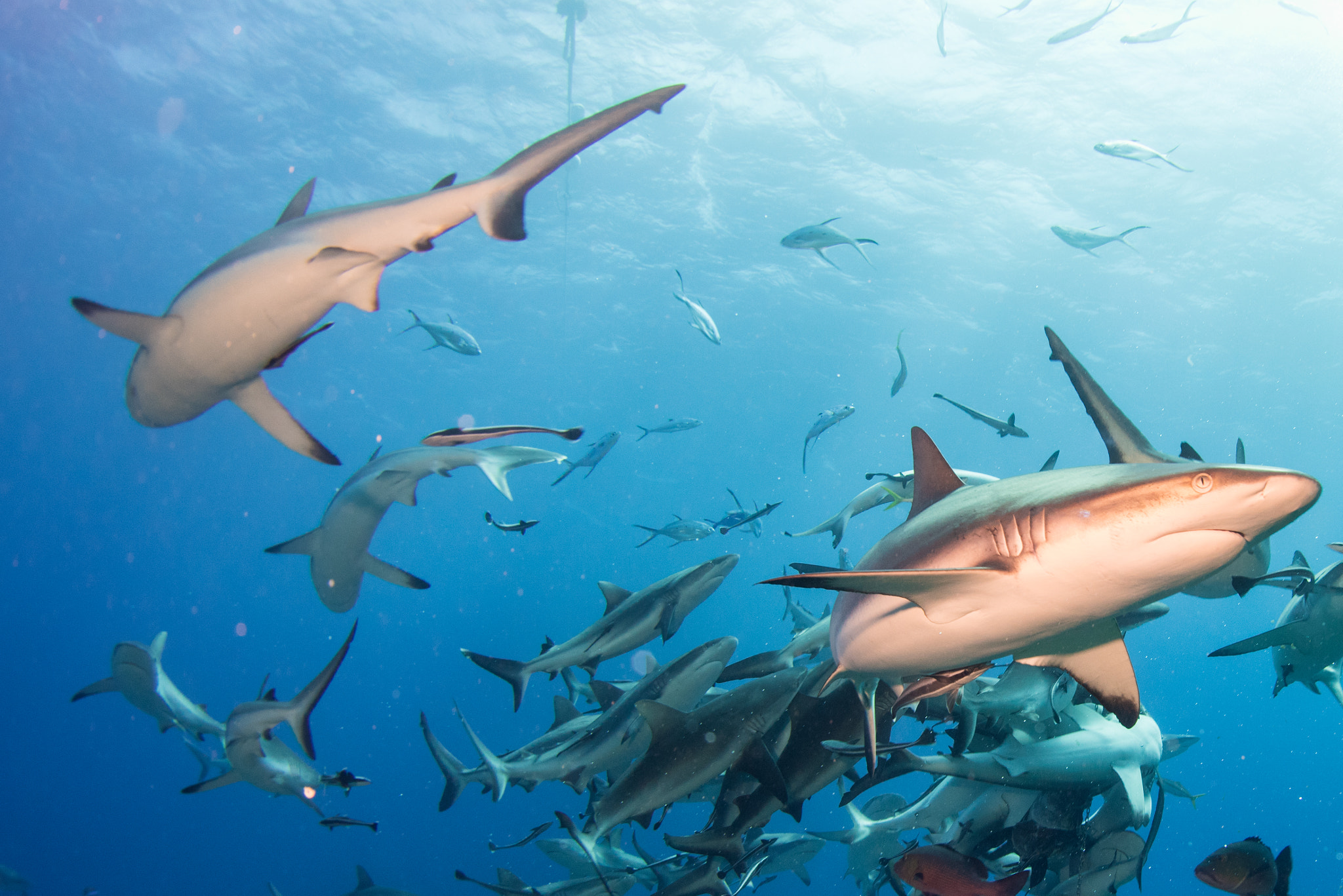 Sharks have been around for more than 400 million years, and there are over 500 species that have been discovered to date, with more expected in the future. With that said, why are they not seen as commonly as other marine animals? Sharks are said to be inhabiting all the world’s oceans, but we need to see what oceans have the most sharks. Then we might have a chance to experience sharks ourselves in large numbers.

Sharks are amazing marine creatures that come in all different sizes, shapes, and variety. Top predators in the ocean, sharks are responsible for keeping a balance in the food chain.

Do you know that sharks are even older than the trees and dinosaurs? From the very first day, they are playing an integral role in maintaining the healthy blue oceans and providing us all the opportunity to explore the marine world. Not to mention, the boost in ecotourism is a result of the induction of shark recreational activities. All in all, sharks are important to us for a variety of reasons. If sharks go extinct, the world will experience total chaos.

From their shape, color, size, and all other aspects, sharks are fascinating creatures, and the desire to see a shark is what makes people travel around the world for clear waters, but not all of us are fortunate enough to see one.

But, if you find out which ocean has more sharks, you might be able to capture one. Are there more sharks in the Pacific, Atlantic, Indian Ocean, or the Arctic Ocean? Let’s take a look at it below.

Most humans are naturally frightened of sharks, who wouldn’t be given their size, strength, and sharp teeth. But, not all sharks are believed to be aggressive towards humans. Though there are some dangerous sharks, most of them are not, and they will only get violent in self-defense.

Never mind, you should know when sharks attack so that you can escape before you are hit by one.

Which ocean has the most sharks?

Globally, sharks live in a variety of habitats, from tropical coral reefs to deep ocean currents.  A shark can be found anywhere along the coastline, as well as in the deepest, darkest, and coldest parts of the open ocean. But which ocean has the most sharks?

Out of all, the Atlantic Ocean is said to be home to most shark species. However, due to the high number of shark attacks, the Pacific and the Indian Oceans are also considered to have sharks in large numbers.

As the coasts of South Africa run both into Atlantic and Pacific waters, it has been regarded as the most prolific shark habitat. Eastern Cape, South Africa, for example, is known for shark-infested waters.

Do check out if Hawaii has shark-infested waters or not?

So, want to know the kind of species you can see in the Atlantic Ocean? Get to know about the names below.

What shark species are there in the Atlantic Ocean?

For some shark species, the Atlantic is a permanent home, and for others, the region serves as a migratory path. In short, you will see a diverse collection of shark species in the Atlantic Ocean. Some of the well-known species include the following:

The oceans are home to a tremendous amount of diversity, from tiny fish to massive whales. Sharks are one of the most iconic animals in the ocean, and being the top predators, they are crucial for maintaining the balance and keeping the oceans healthy. There are over 400 species of sharks on earth; a large number of them live in the Atlantic Ocean or use it as a migration route.

Do you know that there are shark species that you can own? Find out what sharks are there in the Georgia aquarium.