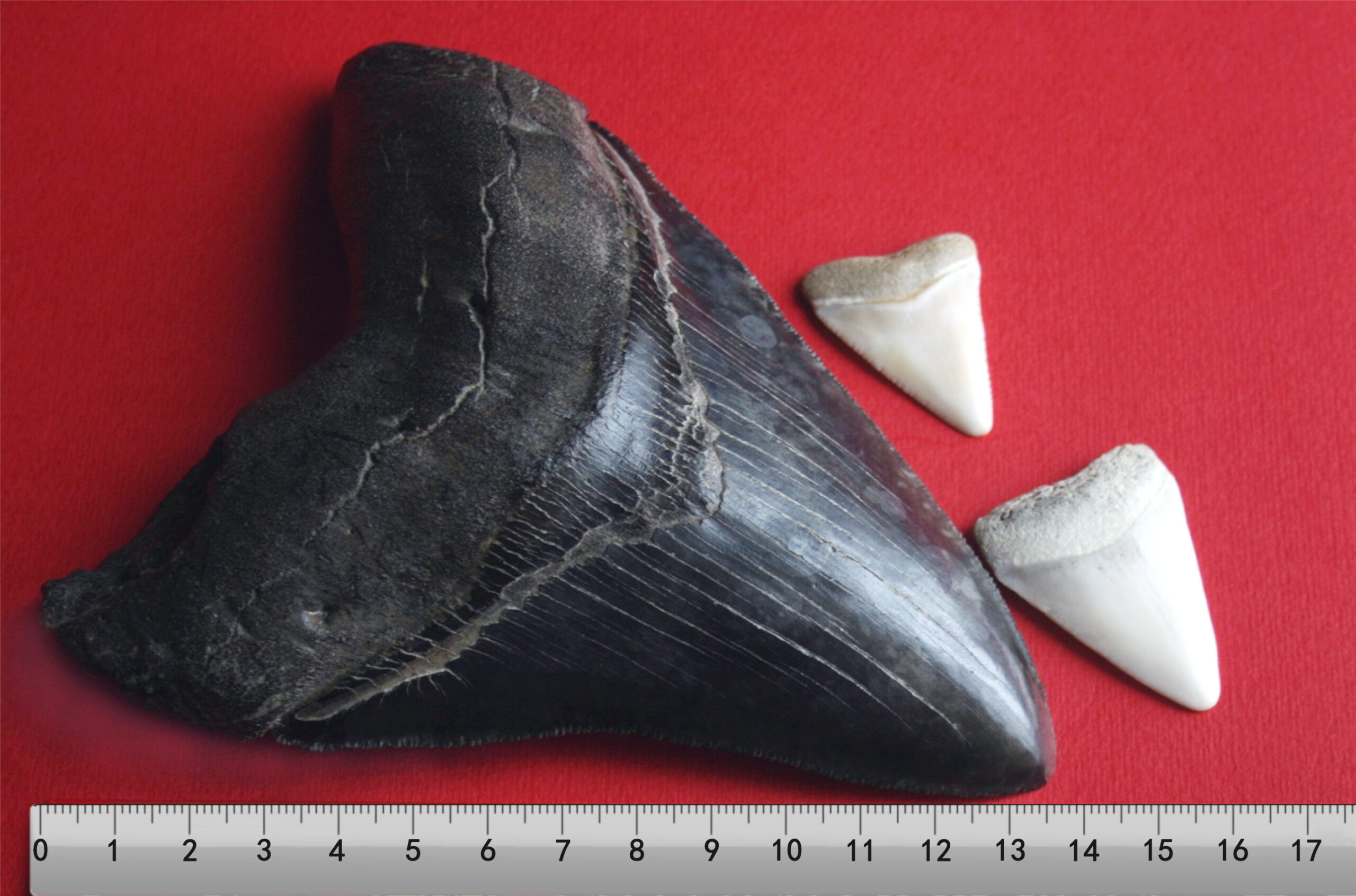 Hunting shark teeth on the beach is a desired activity for kids and adults alike. In addition to a number of other fossils and rocks, shark teeth are another one of the things to be fascinated by at the beach.

However, as your kids and you may have noticed, shark teeth do not look like you would expect them to. When you see pictures of the shark with its mouth open, you see pointy white teeth. But when you collect them from the shores, they’re black. Just like you, we’re also excited to know why this happens.

Colored teeth are not strangers to the animal kingdom. As a result of the iron present in the enamel of beavers, they have orange teeth.

Moreover, Anglerfish have transparent teeth. However, all live sharks have teeth the color of humans’ teeth. So, why do you find black shark teeth at the beach often? In this article, we’ll be seeing why one of the hidden treasures of beaches; the sharks’ teeth are black.

What type of shark has black teeth?

Sharks are known for their mighty shark teeth, cream or white in color. But why do we see so many black shark teeth when we go treasure hunting on the beach? It actually happens because of fossilization. Shark teeth are often misunderstood, and it is believed that they turn black over time because of being used. However, that is not the case. Shark teeth turn black only when they are detached from the shark and get buried in the ground.

No kind of shark has black teeth when they are attached to their jaw. As mentioned before, the color of their teeth is naturally white or creamy. So, the black shark teeth that you find on the beach have become some because of fossilization. They are pretty valuable monetarily as well and are equally fascinating.

How do shark teeth become black?

How shark teeth become black in color is an interesting process. When a shark tooth is detached from the jaw or when a shark dies, it ultimately sinks to the bottom of the water body. At the bottom of the ocean, the tooth is surrounded by and buried in sediment. If it ceases to be buried in the sediment, it eventually disintegrates. But when it does, the lack of oxygen in the sediment preserves the specimen.

Over time, more and more sediment builds up on the tooth. With the increase in the volume of the sediment, the pressure also increases. This increased pressure then causes mineral-bearing water to be forced into the tooth. Some compounds present in the shark tooth may slowly dissolve, depending upon the pH of the water. The pores that are present in the tooth accumulate the minerals, which ultimately crystallize in the same space. In this way, a fossil is formed.

The most common minerals that form fossils are silica and calcite, but there are a number of other minerals as well. When you see a black shark tooth on the shores of the ocean, you are looking at a specimen that is at least 10,000 years old.

This is because it takes almost 10,000 years for a shark tooth to be fossilized and become black in color. It can range from 10,000 years to even millions of years old. Most of the shark teeth you find on the beach are either from the Late Cretaceous period or the Tertiary periods. (100.5 to 66 million years ago and 66 to 2.6 million years ago, respectively.)

How to identify a shark tooth fossil?

Now you may be thinking it is rare to find a shark tooth on the beach from millions of years ago. However, the case is completely opposite. They are commonly found near places like sand pits, beaches, and river beds. You can even find fossilized shark teeth on land; the trick is to look at places where there is sedimentary rock present and where shark teeth have been found before.

To identify shark teeth from other fossils and shells, you can do a few tests. Shark teeth have broad, triangular shapes and are usually small in size with serrated edges, dark color, and a glossy appearance.

While it is the most common case with fossilized shark teeth, they are not always black. The color can depend on a number of elements. Shark teeth can be beige, gray, brown, and yellow. Processes after fossilization, such as leaching and bleaching, can also affect the color of the shark tooth. The chemicals present in the sediment that formed the fossil can also be a determining factor in what color the shark tooth will be.

When the sediment is rich in iron, it can produce reddish fossils and even other warmer colors. When it has gray clay and limestone, the shark tooth gets a cooler color. On the other hand, when there is an abundance of phosphate in the sediment, jet black shark teeth fossils are produced.

Sharks are creatures that have been around for more than 450 million years on this Earth, and they’re still here. That accounts for the fact that many sharks die and form tooth fossils as a result. That is the reason there is an abundance of shark teeth in the ocean to be found by us. It is a fascinating concept and helps us grasp the idea even better that sharks have been around on Earth for so much longer than dinosaurs and even trees.