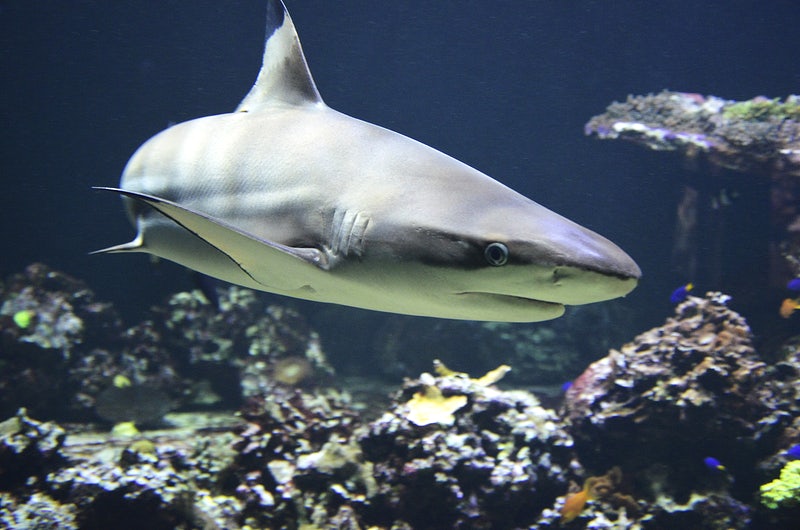 Have you also heard that sharks must always need to keep on moving in order to breathe? Well, when you look at the sharks in their natural habitat, it seems to be true but is it the true justification, or is it just a myth? We are going to look into this and will find out why do sharks have to keep moving.

There is a whole world to explore under the water, and there are numerous marine creatures you will find with amazing qualities and characteristics; for example, look at the sharks. Generally, sharks are believed to be giant-sized fish-type marine animals, but when you deep dive into it, you will see sharks of all varying sizes, shapes, qualities, colors, and behavior. From their swimming speed, leaping, or breathing, all have their own set of qualities and attributes.

However, they do also share similar traits, such as all need water to breathe as sharks don’t have lungs but gills, same as the fish.

Other than that, if you have ever been to shark-infested waters, you might have noticed that sharks, most of the time, are always on the move. Don’t they reside in one place, or is it something else for which they need to be constantly moving? It needs to be figured out, right?

Some people say that sharks need to be constantly moving in order to breathe, and some say that they will drown if they stop. It’s time for the truth to be revealed.

Why do sharks need to keep swimming?

Before we look into why, you need to understand that not all sharks have to keep moving all the time, but it’s true for only a few species. Keep in mind that, in the world ocean, there are over 500 species of sharks, and yet there are so many to be discovered. As said earlier, all are different when it comes to qualities and behaviors. We are going to see in the later section what allows the shark to stop motion or what makes them continue swimming.

Moving forward, for the shark species that need to keep on moving at all times, there are simply two reasons. Let’s get into the details of it.

Shark species have different breathing mechanisms. However, it all begins and ends with their gills. Know that sharks don’t breathe air, but it gets oxygen from water spilling over their gills. These sharks are known to breathe through a procedure called obligate ram ventilation. It is necessary for this process that forces water to the gills.

When sharks swim non-stop, how do they sleep, find out here!

Will sharks die if they stop moving?

Well, it again depends on the species to species. For example, the nurse shark and the tiger shark don’t need to be on the move at all times; they can stop whenever they want and continue to breathe normally. This is due to the fact that they breathe through a process called buccal pumping. Even partially burying themselves in the sand is not a problem for them since water is pumped through their gills when their mouths are covered, using respiratory openings called spiracles.

On the other hand, the shark species that do not have spiracles or do not have the ability to breathe through the process of buccal pumping, they will die if they stop moving.

These sharks breathe through the practice called ram ventilation. In this technique, sharks swim with their mouths wide open, pushing more water over their gills the faster they swim. If they stop, water won’t pass through their gills, which means that they will not receive oxygen, and this will result in ultimate death.

The species of this type include the most famous, the great white shark, the mako shark, as well as the whale shark.

Then there are shark species that have the ability to breathe through both ways, I.e., buccal pumping as well as through ram ventilation. Swimming slowly allows them to supplement their oxygen intake from ventilation with buccal pumping. There is no danger to their lives if they stop moving for a few moments.

The species of this type include reef sharks. Many other species of sharks hold the same combination and thus won’t affect them much if they stop moving for the time being.

Thus, it all comes down to how do sharks breathe, which will certify if they need to be constantly moving or not.

Sharks are the ever-fascinating creatures you will find dwelling all over the world’s oceans. Not to mention, they are an integral part of the ecosystem and not only important to us but also for the healthy blue seas. Despite that, most shark species are declared threatened, and humans are equally responsible for that, given the number of sharks killed each year. For that reason, we need to understand sharks’ habitats and let them live in peace in their environment.