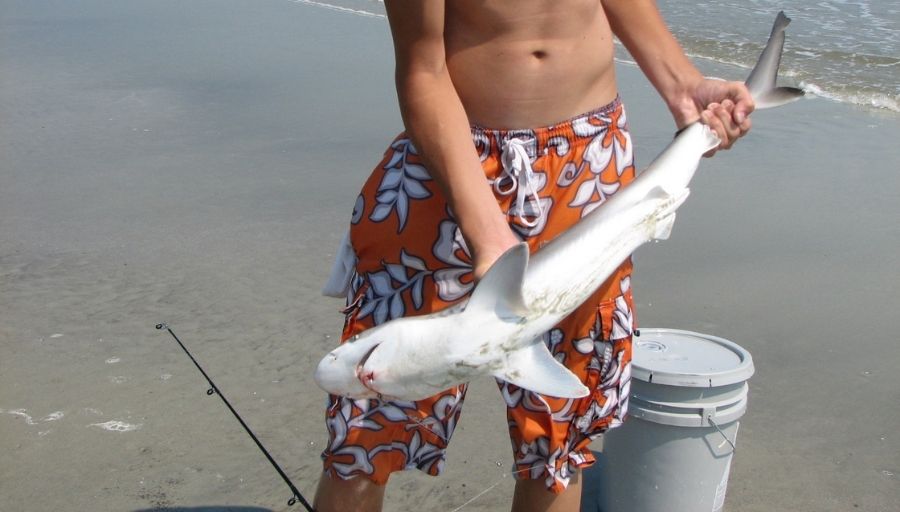 Shark angling (another word for shark fishing) has seen an increase in popularity over recent years. In most places, shark meat is not particularly sought after by people and neither are shark-derived products. Therefore, shark-angling has evolved into more for sport than for necessity, and the practice revolves around the abilities of the angler and the size of the catch. Moreover, as this practice has evolved more into sport, it is strongly encouraged that all sharks are released once caught. If possible, anglers are requested to tag their catch before releasing it.

How Does Shark Angling Work?

There are different approaches to shark angling. Some fishermen use a gaff, a rod with a hook on the end, when catching these outsize animals. Unfortunately these hooks can do major harm to the shark and as such should not be used. Nearly all of a shark’s body parts are vulnerable if punctured. Using a gaff on the shark’s belly can potentially inflict severe damage to its liver and to its stomach. A shark’s tail is rife with various major arteries, so puncturing it there can potentially lead to the shark dying from exsanguination (blood loss).  And using a gaff on the shark’s head can cause brain damage. In the rare case where use of a gaff is absolutely necessary, it would be best to gaff the shark through the base of its dorsal fin or in the surrounding flesh, as the shark’s fin is not as vulnerable as its other parts.

Use of a gaff is a rare case, however, and should be avoided at all cost. Most anglers are advised to use a single, middle steel hook and to flatten the barb. This can be done fairly easily by using a pair of pliers. As soon as the shark bites, the angler should strike. Do not allow the shark to swallow the bait. In addition, do not struggle for a long period of time, as sharks exhaust easily. Fighting against your efforts increases the amount of lactic acid and carbon dioxide in the blood and muscles of the animal. Such exhaustion weakens the animal and compromises its survival chances significantly.

How To Deal With A Shark

After the shark has been caught, do not hold it by its tail or drag it over the ocean floor. To carry a shark, one person will need to hold it on each side, just at the base of the pectoral fin, with their other hand holding the tail level. (Side note: Hammerheads should never be picked up or carried by their heads as this can cause severe damage to the eyes).

Once the shark is properly secured out of the water, whether that be on the boat or somewhere on shore, it is imperative that tagging be done quickly and efficiently. Remove the hook immediately. If the shark has already swallowed it, cut the trace and do not tag this animal. Try to avoid weighing the animal altogether as this is very stressful. If necessary, however, weigh it in a supported hammock made from netting that does not cut into its flesh or damage its eyes.

Only measure and tag an animal that appears strong and healthy, not one that is bleeding excessively or appears to be weak.

Once the shark has been caught and tagged, get it back into the water as quickly and cleanly as possible. Carry it into the deepest water that you can find it. Hold it there for a moment and allow the water to run over its gills. This will give it time to recover while being supported. Once the shark appears responsive and healthy, you can then release it into the ocean. Only release an animal that appears to be strong and robust. Otherwise, the numbers reported back to researchers regarding living shark species in certain areas are unlikely to be very accurate.