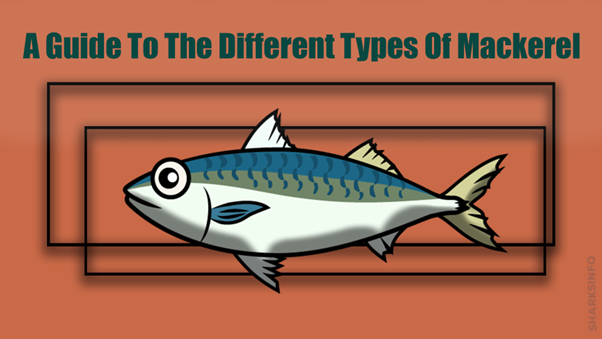 Mackerel is a common name given to based on pelagic fish that are common to tropical and temperate waters. There are more than 30 species of mackerel that distinguish from each other based on their habitat, size, shape, and other unique features. Moreover, the species across the world are used as seafood because of their flavor, sustainability, accessibility, and low cost.  Let’s study them one by one.

A Guide To The Different Types Of Mackerel

Though, the species have somewhat common names which differ from each other having distinguishing features. Some of the species are listed here:

These species of Mackerel are commonly sighted in Mexican waters and along the Coastal regions of the West Atlantic Ocean. They are the most aggressive, tough, and huge species which is a key factor in giving them a crown.  These species are 5 feet in length and weigh about 30 pounds.

These species are common along the warm waters of the Gulf of Mexico and can grow to a maximum length of 144 to 18 inches and are just 2 to 3 pounds heavy. The unique olive-to-golden coloration is a key factor to distinguish them from the other species of mackerel.

Cero Mackerel are called by other names such as kingfish, painted mackerel, and pintado. They have longitudinal stripes and patterns which run down the center. They are commonly sighted in the Caribbean Sea and the Gulf of Mexico. They are about 12 to 15 inches long and are 5 to 10 pounds weigh.

The Atlantic Mackerel is a common species of the North Atlantic waters. They are on average 1 foot long and are 1 to 3 pounds in weight. The streamlined body, tapering head, and bifurcated tail allow them to travel a long distance of 20 miles or even more.

The species are spotted in the open waters of the Mexican Sierra or along the Pacific Ocean. Southern California, and South America. They have unique patterns of 3 to 4 rows of orange and brown color that run down along the body. They can reach up to 8 inches and weigh 1 to 5 pounds.

Wahoo mackerel is a widespread species of tropical and subtropical waters of Central America and the Caribbean Sea. The cylindrical body with vertical stripes gives them a unique appearance. The maximum length of these species is approximately 5 to 6 feet. The sharp and serrated teeth allow the fish to grab and tear the prey into small pieces.

The next member of the family is the Atlantic horse mackerel that are sighted in the cold waters of the Northern Atlantic Ocean. These species can have a maximum length of 2 feet and weigh only 3 pounds. The long and tapering body make them one of the top migratory species of fish.

The common name of the Chub mackerel is Japanese mackerel, blue mackerel, Pacific mackerel, spotted chub mackerel, or slimy mackerel that are common to the Pacific Ocean, Australia, Japan, and New Zealand. These species are about 12 to 25 inches in length and are about 1 kg in weight. The silvery greenish coloration along with the black zigzag pattern on the body of the fish is a key feature to distinguish them from the other mackerel.

The Pacific Jack Mackerel is abundantly found on the western coast of North America, Alaska, and the Gulf of California. They are quite larger species that have a maximum length of 81 cm however some species have also been recorded to have a length of 55 cm.

These species have been sighted in the West Pacific and Indian Ocean, where they are commonly used as seafood. They have longitudinal stripes on the upper side which may be golden-colored. The unique feature is that they have yellow-colored dorsal fins having black tips. The maximum size is 25 to 35 cm in length.

There are more than 30 species of mackerel that have a worldwide distribution. These species are common seafood. These species differ from each other based on their habitat, shape, and size. Moreover, they are an important part of the food chain which keeps the population of small and weak species in balance.