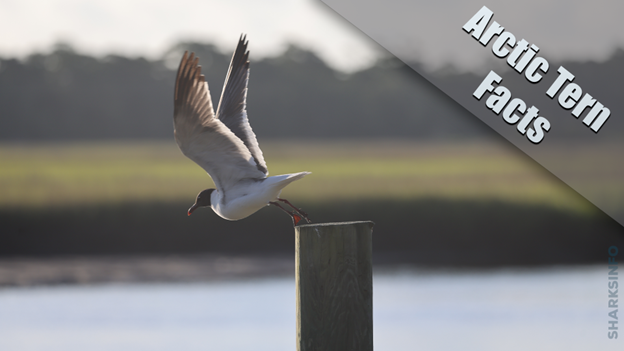 Among the most widely dispersed animal species on earth, the Arctic tern is a migratory eagle that has a wide geographic range spread around continents. It is common for these birds to make their homes in both the Arctic and Antarctic poles, where they are abundant. Although seeing a variety of birds flying around is delightful, Arctic terns stand out in their own right.

While you may have heard a lot about this amazing bird species, this article will get you through the Arctic tern facts, habitat, diet, conservation, and more. So, read with us as we discover the life of these migratory birds.

Everything you need to know about Arctic Tern

S. paradisaea is what you call the species in scientific terms. As a migratory species, it witnesses two summers per year, which are by far the longest migrations of any animal. Amazing it is, right? Let’s get to know a bit more about this fascinating bird, starting with scientific specs.

Due to its widespread distribution and high migration rates, the Arctic Tern makes several visits to most continents as well as many smaller ones throughout its lifetime. Small islands, treeless forests, and open boreal forests are ideal breeding grounds. From seashores to lakes and swamps, Arctic terns can be encountered anywhere within their habitat.

An arctic tern is known for its large narrow wings and long tail, which make it easy to identify. The color of terns can vary according to their age. However, they tend to be brown and gray at a young age, while gray and white when adults. As adults, their tails have elaborate streamer feathers, and their legs and beaks are red.

A typical Arctic Tern’s body length is between 33-36 cm, and they weigh just three to five ounces as adults. Their wingspan, however, is typically between 75 and 85 cm longer than their body length.

Most Arctic terns live to be fifteen to thirty years old, but there are a few that live longer than that. For a migratory bird, it’s a long time to live for sure.

It is common for them to migrate every year, camping in the same spot each year. Mate for life, the mating rituals of these birds are quite alluring. During the courtship process, the female chases the male to a high altitude, where they slowly descend. In this aerial display, the male offers fish to the female, which is referred to as “fish flights.”

A nest site is chosen by both sexes, and both defend it. Males continue to feed females during this time, and mating occurs shortly thereafter. The female and male arctic terns begin breeding at three to four years of age.

Arctic terns have a varied diet depending on location and time of year, but they are generally carnivorous. Their main course of diet includes small species of fish and crustaceans.

S. paradisaea faces multiple threats from all different sources. As far as humans are concerned, exploitation includes hunting and trade, although the effect of these activities is relatively low. Currently, the most noteworthy threat to Arctic Terns is climate change and global warming.

Besides, arctic terns face a continuous threat from predators that include rats, snakes, hedgehogs, foxes, and cats.

Despite the threats, Arctic terns are not vulnerable. It is currently classified as a “least concern” bird, but conservation efforts are still needed to make sure the species remain in the future.

The Arctic Tern is an amazing bird that has some very unique adaptations. Its long, slender body and long wingspan help it to be an excellent flyer, and its white plumage helps it to blend in with its surroundings. Known to be a migratory bird that can cover great distances, Arctic tern facts alone are enough to create a curiosity to discover more about them.