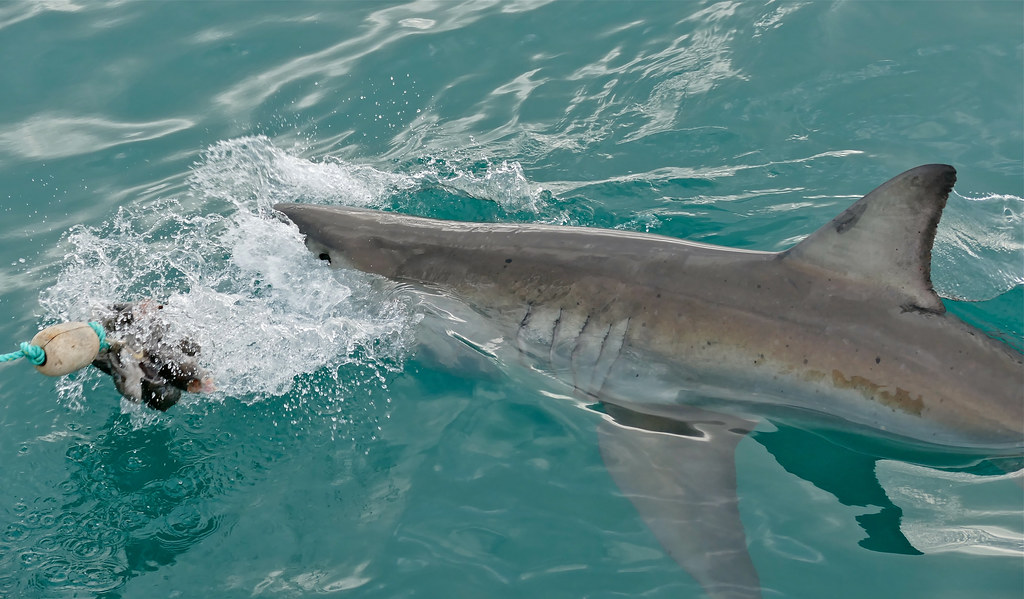 Sharks have various sizes and shapes, some are with narrow and pointed nose and fins that help them in driving to a high speed while others have flattened nose structure that surveys the surface of ocean. There are more than 350 species of sharks that have been reported till date, out of which nearly 25 species are found living in the Gulf of Mexico.

Modification and  Adaptations of sharks in the Gulf of Mexico

It’s not that easy for the sharks to thrive in the Gulf, they need to undergo certain modifications and various environmental adaptations like well-developed sensory organs to detect their prey and enemies. But as the time passes, the population of sharks has been decreasing day by day, so to protect them from extinction, an endangered or nearly endangered species of sharks must be conserved by adopting management strategies.

10 Sharks spotted in the Gulf of Mexico

While talking about the giant types of sharks that are living in the Gulf of Mexico, there are some species of sharks enlisted in the article. So let’s drive into the details of it:

The white shark is an offshore giant shark of the Gulf of Mexico and has been rarely seen in the inshore waves, so it’s also been infrequent to the visitors as well. They possessed bullet shaped bodies with cone shaped snouts, had a large black spot at the bottom of their pectoral fins, these features made white sharks to be in the spotlight even in the offshores waves. They had a maximum size of 24 feet in length and are mostly seen floating in the ocean in the month of winter.

Basking sharks is considered as the second largest shark documented yet, the maximum length of these species is up to 33 feet. There are also no attack cases of these sharks that have been reported and are harmless and calm species. Moreover, their physical appearance includes long snouts and gill slits; they are mostly filter feeders and are bluish grey to brown blackish in colour.

Here comes another giant shark found swimming in the Gulf of Mexico is the silky sharks with a maximum size of 115 feet in length. However, sometimes they are not easily recognized because they lack distinguishable features. But some of their recognizable features include slender body, round dorsal fins, and trailing long tip of the other dorsal fin.

Another large shark that is found in the offshores is the dusky sharks; they are named so because of the dusky pigment in the tips of their pectoral, dorsal and caudal fins. It is a kind of ridgeback shark having small but rounded snout, slender body and is not commonly found in the Northern Gulf of Mexico.

Sandbar is a sturdy and strong shark with broad, tall but triangular shaped fins, they vary in colour from grey to brown with a maximum length of 10 feet were found swimming and floating along the shores of Mexican Gulf.

Big nose shark has a maximum size of 9 feet and is a grey or bronze colour shark but sometimes it has been confused with the sandbar shark because of their more or less similar sizes but the specific feature which distinguishes them from each other is the rounded snout and large dorsal fin.

Oceanic white tip sharks are rarely found in the inshore oceans but are commonly found in the offshore waters. These sharks have a maximum size of 13 feet in length  and possess large, rounded pectoral fins that are white at the tips, this characteristic which brings them into limelight among other sharks in the Gulf of Mexico.

These species are nearly or about to be endangered but are commonly seen in the Gulf of Mexico. The maximum size of these sharks grows up to 12 feet. As by the name, these species have been confused with the great hammerhead shark, but the distinguishing feature is the presence of “swept – like” hammer which fall across the edge of their mouth and join the centre of their eyes.

These shark species also bear hammer-like appendages which fall forward to the edge of their mouth joining the centre of their eyes. These species grow to the length of 20 feet, and the colour varies from light grey to greyish brown.

Although bull sharks are not very common but have been rarely seen swimming in the Mexican Gulf. The body is slender and strong as compared to other marine animals, with short and rounded snout and the maximum length of bull shark is 11 feet.

Threats to sharks in the Gulf

Wherever there is a large population of sharks that thrives, there is a high threat of overfishing and danger from enemies which may lead to the injury or death of the sharks. About 36 percent of sharks in the world were dead because of habitat loss and overfishing. Sharks play a key role in maintaining a marine ecosystem, if these problems were left unchecked, this would destroy the reliability of the Gulf ecosystems.

In the Gulf of Mexico, many shark species and other marine creatures have been residing. Although sharks need to adopt various environmental conditions to live in the Gulf, they also have to face different environmental threats as well, which results in declining the population of sharks. The data in this article may help you to gain enough knowledge about different sharks living in the Gulf of Mexico so that you might be able to distinguish between them if you get a chance to meet them!