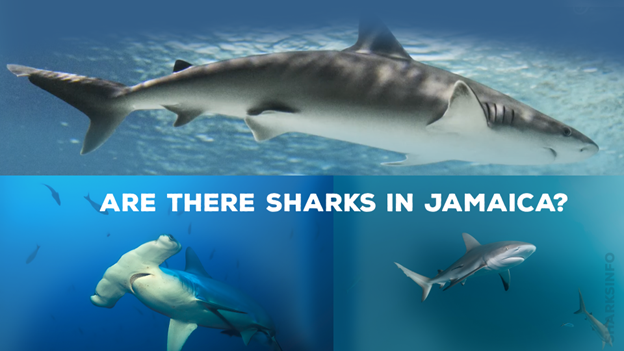 A lush island with reef-lined beaches that makes it one of the most prevalent scuba dive and snorkeling destinations in the Caribbean Sea. In Jamaican waters, marine life is a sight to behold; however, there have been some concerns over the sighting of dangerous shark species. While dolphins are a common sight in Jamaica, sighting a shark is rare, and it makes people ponder; whether there are sharks in Jamaica in the first place or not.

It is common to find sharks throughout all major oceans around the world, and many species migrate from one sea to another. So, there is a possibility of spotting a migrating shark in Jamaican waters. Anyways, we will go into depth and will see if there are actually sharks in Jamaica or not.

Does Jamaica have sharks?

In Jamaican waters, sharks are present. Nevertheless, they are not commonly found in the waters nearby the island. Occasionally, sharks have been spotted near the shore, but they are usually small, harmless ones. As a matter of fact, there are many different species of fish that call the island home; there are no sharks that are native to the waters around Jamaica.

What are the shark species found in Jamaica?

If you swim near beaches and coral reefs in Jamaica, you might see sharks swimming around. Thus, you must know the common species and should watch out for them if they are present.

In the Caribbean Sea, this shark is often encountered on coral reefs, as its name suggests. An apex predator of the reef ecosystem measuring up to 9.8 feet long, the Caribbean reef shark consumes a wide range of fish species and cephalopods. When threatened, it may change directions and dip its pectoral fins frequently. While not too dangerous, staying near large schools of reef sharks isn’t a good idea.

A Caribbean nurse shark can also be found in the waters of Jamaica. An opportunistic predator, nurse sharks feeds mainly on small fish and invertebrates. Due to their hunting habits during the night, they rarely move during the day unless disturbed. They devote most of their time relaxing alone on the seafloor. While diving with nurse sharks is pretty normal, they can be dangerous if triggered.

Sharpnoses are found in coastal waters as deep as 1,640 feet below the surface. Typically, sharks are seen in bays in Jamaica where small fish or shrimp are available for feeding. Caribbean sharpnose sharks have been measured as large as 43 inches (average adult size is 31 to 35 inches). The species does not usually pose any threat to humans.

A scalloped hammerhead shark is the most commonly seen hammerhead shark in Jamaica, and it is the third largest in the family of Sphyrnidae. When males reach sexual maturity, they measure about 4.9 to 5.9 feet and weigh about 64 pounds, whereas females grow bigger.

It is common to see these sharks living in large groups during the night and day. It is not considered dangerous to be around them, and they are normally not aggressive toward people.

A great hammerhead shark can reach a maximum length of 20 feet, making it the largest shark in this family. In shallow water, sharks often feed on the sandy bottom if they can find a sting ray they enjoy eating; otherwise, they stay most of the time in deeper waters. Although its size makes it an imposing creature, the great hammerhead does not tend to be aggressive toward humans.

As they swim over sand-covered seafloor, lemon sharks use their somewhat yellow coloration as camouflage. This shark is capable of growing up to 11 feet in length. It feeds during the night using electroreceptors to locate its prey. The creatures can be seen while swimming in Jamaican waters, but they are not dangerous. The lemon shark population has been heavily reduced due to commercial and recreational fishing, which has targeted them heavily.

Blacknose sharks typically reach lengths of 4.3 feet and have a streamlined shape with rounded snouts and small first dorsal fins. A blacknose shark rarely appears in shallow water, but you may get lucky and spot a young feeding among the seagrass. Until now, there have been no incidents involving blacknose sharks attacking humans. Unfortunately, deep-sea fishing is leading to fewer sightings of this species as the population is declining rapidly.

Is it safe to swim in Jamaican waters?

There have been a few reports of shark attacks in Jamaica recently, but overall the island is still considered safe for swimming.

It appears that most of these incidents have taken place in open ocean spearfishing activities, due to which sharks were provoked.

There are a few things you can do to reduce your risk of being attacked, such as avoiding areas where there are known to be large numbers of sharks or swimming with a group of people.

In Jamaica, you might not see sharks often, but they exist, and the most common species are Caribbean reef sharks, sharpnose sharks, and lemon sharks, which are not really aggressive. However, in deeper waters, you may come across dangerous species as well. Keep safety precautions in mind, and you will not have to fear about accidents.

1: What are your chances of being attacked by a shark in Jamaica?

There have been no recorded shark attacks in Jamaican waters in the recent past, so there is little chance of being attacked by one.

2: Where are the sharks in Jamaica?

In Jamaica, sharks swim in reefs and shallow waters adjacent to the beaches, so swimming or diving may give you a chance to see them.

3: Are there great white sharks in Jamaica?

It is unlikely that you would find Great White sharks in Jamaica due to their preference for colder waters.

4: When was the last shark attack in Jamaica?

The last shark attack in Jamaica was in February 2016. A 54-year-old man was killed while swimming off the coast of Rose Hall.