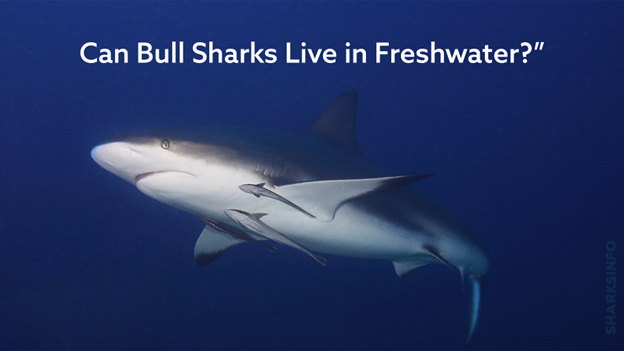 Many people believe sharks can only be found in ocean water because it’s the most common location where they can be spotted. Little do they know that there are several species inhabiting the rivers, or in particular, we can say the freshwater. A popular shark species that remain in trend is the bull shark, but many people are confused as to whether or not bull sharks can live in freshwater.

It should be noted that bull sharks rank among the top 3 sharks responsible for most human attacks. You should be aware of any freshwater creatures. There is a high possibility for interaction between bull sharks and humans since bull sharks live in shallow waters.

Can bull sharks survive in freshwater?

It is essential for sharks to retain salt inside their bodies, if they lose it, their cells will split, causing them to bloat and die. Fresh water is not an acceptable habitat for most sharks due to this.

However, bull sharks are among the few species which can adapt to the freshwater environment. The bull shark is capable of living in both saltwater and freshwater. The animals have been observed swimming up streams into freshwater lakes and ponds in the wild. They have even been found in the Amazon River. A freshwater lake in Central America, Lake Nicaragua, has even been found to host the species.

A bull shark’s adaptation to living in freshwater is due to its special physiological characteristics. In addition to recycling salt within their bodies, the kidneys of sharks also contain glands that aid in salt retention at their tails. Bull sharks have evolved to the point where they can stay in freshwater for an extended period of time.

While most sharks cannot tolerate freshwater for long, bull sharks are able to adapt and thrive in these conditions. Humans are therefore at risk from these sharks. Take a moment to study more about this captivating species.

The bull shark is a large shark that can grow to be up to 11.5 feet long. It has a solid body and a broad, flat snout. The eyes are small and set far back on the head. The pectoral fins are small and pointed. It has a large and triangular first dorsal fin, while a small and circular second fin.

Worldwide, bull sharks inhabit warm, shallow waters. It is common in coastal areas, such as estuaries, bays, and lagoons. It can be found far inland and often enters rivers. It is found in the waters of the United States, Australia, South Africa, and Brazil.

In viviparous species, including the bull shark, the young are born alive. Females give birth to 2-10 young at a time. There is about a year-long gestation period. The young are about 2 feet long at birth.

The bull shark is considered vulnerable to extinction. It is often caught by fishermen and is sometimes killed by humans.

There is no doubt that bull sharks can live in freshwater for a prolonged time. Having a unique ability to regulate their own fluids enables them to do so. This means that they can uphold a persistent internal environment, even when the surrounding water changes.