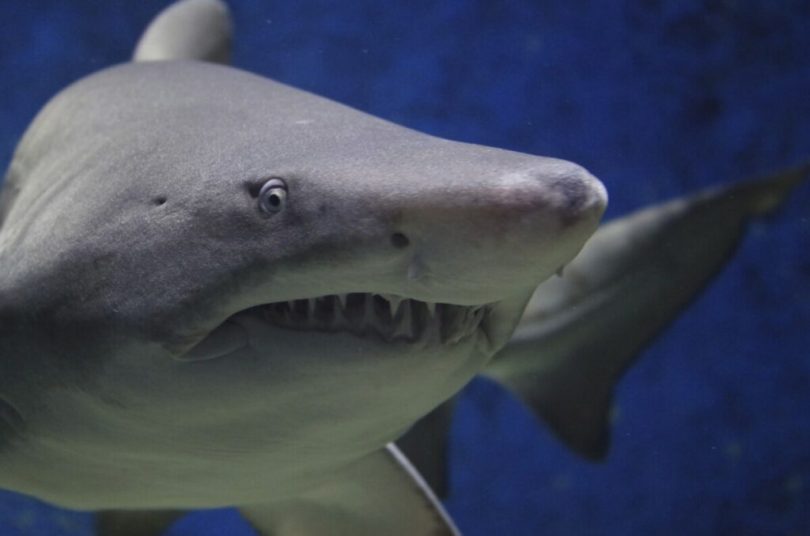 Even though the Megalodon shark no longer exists in our world today, the fact that it was the largest shark ever caught has brought it to the forefront. You may be surprised to learn that it was the teeth of this species that led scientists to discover its existence and when it went extinct.

Megalodon fossil teeth are the most abundant fossils, and the unique shape and location of these teeth help scientists recreate the extinct shark’s size and habitat. As a result, the discovery of the biggest Megalodon tooth ever excites us all. But how big was it? Let’s get to know.

What is the biggest Megalodon tooth ever to be found?

Often found on beaches and other similar areas, shark teeth were instrumental in discovering where the Megalodon lived. Megalodon teeth disappeared from the fossil record about 2.6 million years ago. Sharks shed teeth throughout their lives, so not finding teeth anywhere indicates that the sharks no longer exist.

The megalodon’s mouth and teeth were impressive to observe; the teeth averaged 7.1 inches (18 cm) in length. With this, the species of shark is not only the largest of all shark species worldwide but also has the largest teeth.

7.1 inches in length was the average size of Megalodon teeth, while the largest was about 7.48 inches or 18.9 cm long. That’s pretty impressive, and it’s easy to imagine how Megalodon would be able to target prey based on that. The teeth had a triangular shape, so they were measured at slant heights, starting at the tip of the tooth and proceeding diagonally to the root’s base. An ancient tooth was found broken in the desert of Ocucaje, Peru, and glued back together for the examination.

It should be noted that many of the largest Megalodon teeth are in private collections and have not been extensively inspected or assessed. However, 7.48 inches have been verified and declared the biggest Megalodon tooth ever found.

How many teeth does Megalodon have?

With this impressive size of a tooth, the second question that immediately grabs our attention is obviously the numbers. How many teeth do giant species have? Remember, Megalodon was an ambush predator, and they mainly fed themselves on large mammals.

With powerful wide open jaws, the species had 276 teeth, and you may also know that they continue to shed and replace all their lives. It’s no mistake to say that the Megalodon had the strongest bite force when you consider its size and number of teeth.

It is worth noting, however, that no Megalodon jaw has ever been found because it was rather made of cartilage than bone, like the rest of its skeleton.

The most significant shark tooth fossils of the size of 19 cm were left as an astonishing record of their existence when the monstrous sharks became extinct more than 3.6 million years ago. Globally, fossilized Megalodon teeth have been found that demonstrate how giant and impressive the largest shark species was.