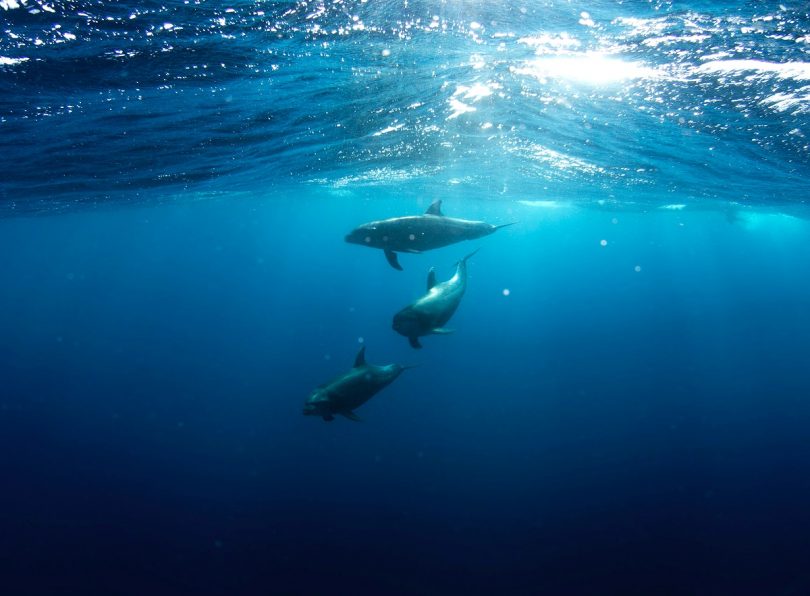 As a resource for feeding growing populations, the Mediterranean Sea has historically been the focal point of western civilization for years. In spite of this, traders and businesses have remained concerned about the presence of marine life in the area, especially sharks. Aside from that, fishermen also seem to be worried as they are affected due to the declining shark population.

While we are all in doubt, we need to see if there are sharks in the Mediterranean Sea or if all vanished. Before you get yourself in more confusion, let’s find out if you can spot sharks in the region.

Does the Mediterranean Sea have sharks?

Sharks, in general, are found in all major oceans of the world. Almost 450 million years have passed since the first one was discovered in the world’s oceans. The Mediterranean Sea is no exception, and you will surely see a variety of shark species living in there.

Throughout this article, we’ll explore some of the fascinating sharks that reside in the Mediterranean, as well as evaluate how common they are and whether or not they pose any threat to humans.

What sharks are there in the Mediterranean Sea?

Over 500 species of shark currently exist, with varying sizes and shapes, and each has different habitat requirements. Therefore, different species of sharks are found in different regions. The Mediterranean Sea abodes sharks, which can adapt to its water temperature and quality. In the following sections, we discourse on a few of the common species you will find in this region.

Not to scare you away, as it is the most dangerous species of all, but for your information, great white sharks are found in the Mediterranean region. Probably the good thing is that they are very few, and it’s highly unlikely you will ever see them in this part of the sea. It’s not where the great whites are common.

The sand tiger shark looks rather dangerous, but they are actually quite calm. They live in many corners of the planet and are even found in the Mediterranean Sea, but they are rarely seen. Their preferred habitat is sandy coastal areas where they hunt bony fish, crustaceans, squids, and smaller sharks. Overall, the species face an extinction threat and has been enumerated as a critically endangered species by the IUCN.

Hammerhead sharks are easily identifiable. With a head that resembles a hammer, these monsters can be as big as six meters. As an apex predator, the great hammerhead hunts a wide range of prey, including lobsters, bony fish, and smaller sharks. Sadly, commercial fishing has actively targeted the great hammerhead shark as its large fins are particularly popular for shark fin soup.

Due to their preference for shallower waters, the Mediterranean is considered to be the perfect habitat for the elegant blacktip. Sharks, such as blacktips, are fast and energetic, known for making spinning leaps out of the water while attacking small fish. Unfortunately, the blacktip shark is currently on the vulnerable species list due to overfishing and the high demand for its meat and liver oil. There have been reports of encounters with blacktip sharks, which showed curiosity towards divers, but usually remained at a safe distance, causing no harm.

The second largest and yet the friendliest shark species, the basking sharks, are also seen in the Mediterranean regions. The basking shark feeds on plankton from the ocean surface as it swims slowly along the coastal line. Basking sharks have long been valuable commercial fish for food, shark fins, and shark liver oil, but as their populations decline, the species has been declared endangered.

Other shark species living in the Mediterranean Sea

The Mediterranean is a large body of water and home to hundreds of marine creatures, including sharks. While some of the species are discussed above, there are many more and below are the names of a few.

How safe is the Mediterranean Sea for swimming?

The Mediterranean Sea has a low number of shark species that are dangerous to humans, making shark attacks quite rare. Though great whites and tiger sharks are spotted, there is not much chance of seeing them in the Mediterranean Sea since these species prefer open ocean waters.

So, as far as shark attacks are concerned, you are good to go in the Mediterranean. Other than that, the pitfalls of going into open water are there in a place that you can minimize to a great level.

The most important thing when swimming in any body of water, not just the Mediterranean, is to stay vigilant, stay informed about the weather, and you will be all good.

As many as 47 of the total species are believed to live in the Mediterranean Sea, a hotbed for sharks. However, many of them aren’t dangerous to humans, so you will have a good time going there and exploring the deep waters of the Mediterranean.