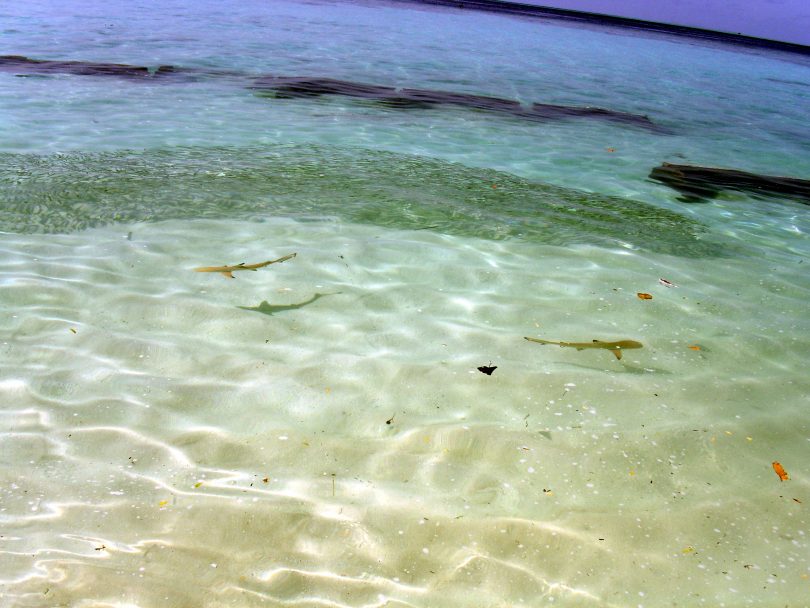 The edge of America is where you can have the best surfing exposure ever. East coast of South Carolina, Folly beach is truly an enchanting place for visitors. However, there are many who are concerned about the presence of sharks there, and at the same time, there are many who want to experience sharks at the beach. Whether sharks live there or not; that’s all it comes down to. And if Folly beach sharks are for real, what are the species you can expect to see there? Let’s explore it all together.

Are there sharks on Folly beach?

Sharks are common and are found in all major world oceans. They prefer to inhabit the warm waters, and when you look at the Folly island’s water temperature, it suits the sharks. Moreover, the plenty of food and tidal creeks makes it a habitable place for sharks. So, it should clear your doubts about the occurrence of sharks at the beach.

Folly beach is home to a great deal of marine life, including fish, birds, and dolphins. Sharks are there, and in fact, you may spot over 40 different species of sharks at the Folly.

There will be sharks of all kinds, the dangerous beasts, the giant ones, and the friendly creatures as well. Sharks are a species of animal that comes in all varying sizes with dissimilar behavior and habitat. So you never know what comes next when you are under the water. However, it’s a good idea to get to know the species of sharks that are highly likely to be there.

Knowing about the species will give you an idea of what you can expect going to the beach.

What kind of sharks are at Folly Beach?

Although you will probably be familiar with some species at the beach, there will be others that are new to you. The most prevalent species you can spot are discussed below.

Bull sharks are no less than the great whites, which are declared dangerous species with the most attacks on humans. Bull sharks can survive in both fresh and saltwater, and the brackish water at the Folly beach makes a lovely habitat for them.

The good thing is that many of Folly’s bull sharks reside in its creeks and rivers rather than near the shore where people swim. So, you may hardly see them, but if you do, it’s advised to get out of the water without causing any kind of disruption.

It is also worth remembering that great white sharks have occasionally been spotted off Folly Beach, but only during the winter.

Have you ever heard of sharks flying in the air and rolling like an airplane? If you haven’t, you need to see the spinner shark, well-known for aerobatic leaping behavior. Seeing them capturing prey while in the air is a mesmerizing experience one can ever see.

Sandbar sharks do not tend to attack humans because they avoid beaches and the surface; however, they can be dangerous due to their size. This shark mostly inhabits the Atlantic Ocean; however, you may see them in abundance at Folly beach. They will leave to new regions if the temperature upsurges to a certain level.

A lemon shark has yellow-brown skin and is non-aggressive, not likely to bite unless provoked. A social aquatic animal, they live in groups and feed mostly at night, thus rarely coming in contact with humans.

Other shark species at Folly beach

As said earlier, Folly beach is abode to numerous species of sharks. Not to be feared, but they further enhance the excitement and escapade of being on the beach. Aside from the sharks discussed above, you can expect to see:

Is Folly Beach safe to swim in?

With the presence of bull sharks and knowing that the great whites are also spotted at times, it raises a concern about safety for all. Folly beach is the place where hundreds of people come every other day for the nightlife and to throw parties. Thus, shark attacks are a matter of grave concern.

With that said, swimming in the ocean at Folly Beach will not likely result in you seeing a shark, much less being attacked by one. Shark attacks are rare at Folly Beach because most sharks there are small and non-threatening. As well, the majority of the reported shark attacks at Folly Beach were non-fatal and relatively minor. Overall, it is safe to swim, and you, without an uncertainty, will have a wonderful time. Make sure that you dive into the waters during the day, as it is safer. Not to mention, if you have wounds of any kind, do not go in the water. At midday, when the water is clear, you won’t have much to be anxious about.

Folly Beach is a place where you can get lost in fun and have an incredible time. The presence of sharks at Folly Beach is not a reason to avoid swimming there entirely. The chances of shark attacks are rare, and if you are following the safety precautions, there is nothing to be worried about. In case you love to see the incredible species of sharks, Folly beach is a place to go for you too. Do not forget to go through the beach rules before you go.