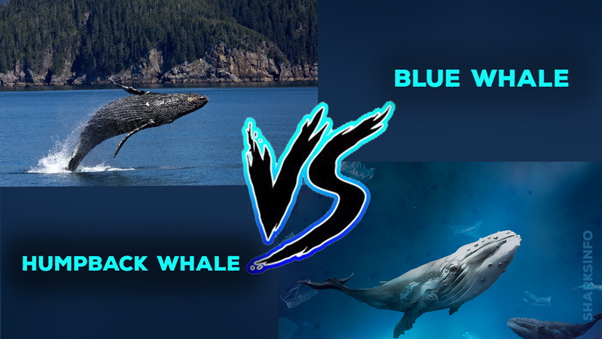 The two most incredible species of Whales to ever exist on Earth – the Blue Whale and the Humpback whale. Both species are Baleen whales which means they do not have teeth. In this article, we are going to compare the two species of whales to let you know what distinct features they have which will help you to distinguish between the two.

The two giant species differs from each other in many factors, some of which are listed below:

Although the two well-known species of whales, the Blue Whale and the Humpback whale belong to the Baleen group which do not have teeth instead they have baleen plates to chew the prey. They have many similarities but there are factors such as color, length, weight, and habitat which distinguish the two from each other. We hope that by reading the article you will spot the two in one sight that either it is a Blue Whale or a Humpback Whale.