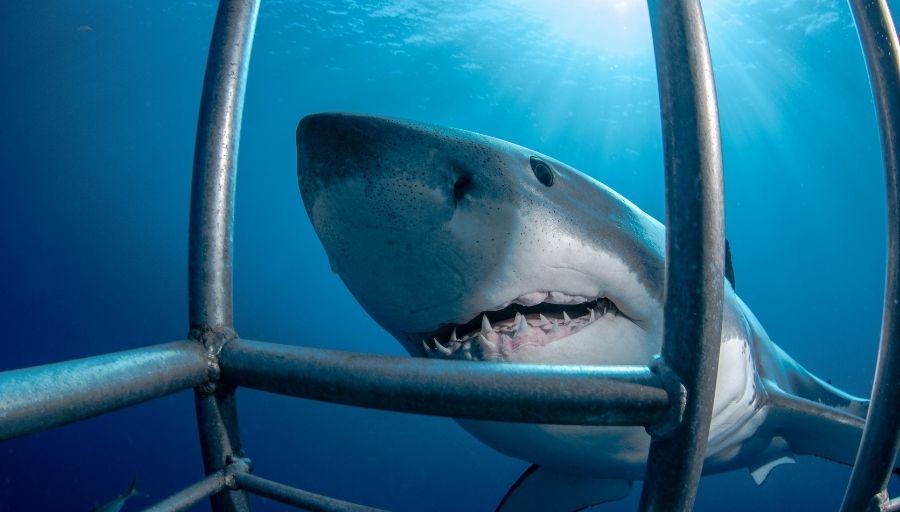 Nothing can ever match the thrill and adventure you experience swimming or walking with sharks, and that too in their natural habitat. Sharks, after all, are the fascinating creatures of the ocean and have been living there for millions of years. It is their long existence history alone that makes people curious about the species in order to experience them up close and personal, let alone the fact that sharks have diversified into over 500 species, and they all come in varying sizes, shapes, and colors.

There is no surprise when we find out that sharks are the key component that is driving the ecotourism industry up and running these days. Besides water sports, activities involving sharks are increasingly becoming popular. While you may get close up to the variety of shark species, great white sharks are the ones you can’t get near. Why? The great white shark is the largest predatory shark and is known to be the most dangerous to humans after they have been listed at the top on the list of shark species responsible for most attacks on humans.

Even public aquariums don’t house great white sharks, mainly because these species die after a few days in captivity.

As a result of all of these facts about great white sharks, people are more curious about them and are more motivated to get close to them, regardless of how to do it. Moreover, to learn about a particular shark’s behavior and habitat, it is vital that you get close to them.

Be it for educational purposes or an adventurous trip, through cage diving; you can get close to any species of sharks in their natural habitat without being threatened.

You might be familiar with underwater scuba diving, but now let’s get you to know about shark diving.

What is shark cage diving?

A dive with the ocean’s most successful predators can be thrilling yet terrifying for many, and even seasoned divers can feel vulnerable when sharing a dive with one. Talking about the great white shark, one should stay away, considering the aggressive behavior, power, and strength of the species. However, with cage diving, you can sense the fear and excitement to be swimming next to the ocean’s top predators.

The art of shark cage diving entails diving below the surface inside a metal cage which provides a safe environment for divers or tourists to observe, study, and photograph sharks without putting them at risk.

Isn’t it an amazing opportunity to get to know about the most misunderstood creature of the ocean and also experience what it’s like to be with sharks?

With that said, you cannot expect great white shark diving to be available at all spots or facilities. It is mainly because great whites are not found in every ocean but at some particular points.

Though great whites are top predators, only a few are left in the world. Due to a large number of killings, the IUCN has affirmed the species’ vulnerability.

This article, however, brings you a list of epic places where you can go and get the experience.

What are the best places for cage diving with great white sharks?

Cage diving is indeed a marvelous opportunity that allows you to get close to the giant beasts of the ocean with no fear. Although you won’t find this practice everywhere, below are some of the best places where you can have the most memorable experiences of your life.

There are many places in the United States where you can go for great white shark cage diving. These include Farallon Islands, Cape Cod, and O’ahu Island in Hawaii.

During the fall months, Southeast Farallon Island is inhabited by some of the largest great whites in the world. In other words, if you’re fortunate, you might have the chance to see the magnificent beasts of the ocean.

There are several cage diving operators on O’ahu, and in addition to great white sharks, you can see many other shark species on cage diving trips on the island’s North Shore.

South Africa is home to hundreds of shark creatures, and you are highly likely to see great whites as well. For great white shark cage diving, you can explore Gansbaai, Western Cape, Mossel Bay, and False Bay.

Located near Cape Town, Gansbaai holds out shark diving in the middle of the Indian and Atlantic Oceans. In this way, you may see a variety of other species and aquatic creatures inhabiting these regions.

The high water temperature at Mossel Bay makes it the most renowned location on the South African coast for its great white shark population.

Because False Bay is a resting place for seals, great white sharks are especially attracted to this area as well.

3: In other parts of the world

Don’t worry if you are not from the United States or South Africa; there are many other places around the world rated as the best for great white shark diving.

You can head down to the following spots for the finest experience.

Great white sharks truly personify the danger we have in our minds of the underwater world. However, swimming or diving along with them, can be full of adventure. An experience like seeing a shark breach will remain with you for a lifetime.

The threat from great white sharks are real, and they are known to be the most aggressive toward humans. Merely a bump of great white can cause severe injury and can prove to be fatal. The best approach to diving with great white sharks is cage diving, which is incredibly safe. Without a cage or other safety measures, do not go near them, or you may not see the sunrise the next day.