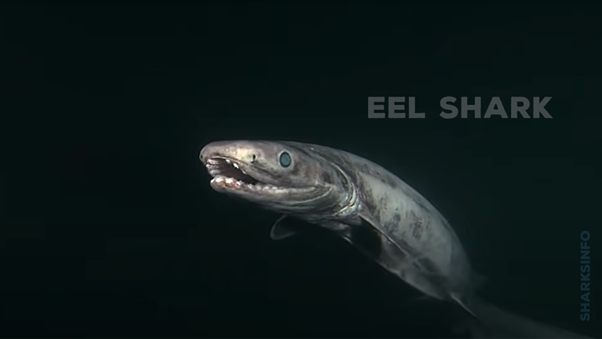 Eel sharks or commonly known as Frilled sharks are sometimes called “Living Fossils” because they have never changed for a long period of 80 million years. The sharks are believed to be extinct long ago but a living species of this incredible species have been seen near the coastal regions of Portugal. The Frilled sharks look like an Eel at first look but some researchers also believe that they have a snake-like heads with long and narrow bodies. Until now, it’s unclear what these eel sharks exactly look like. Why don’t you join us to find the answer you are looking for? Let’s go!

What Is The Global Distribution Of Eel Sharks?

The exact location of the Eel sharks is still unclear but the species have been spotted in various locations such as in the open waters of South East Japan, Eastern Australia, New Zealand, Norway, Eastern Atlantic, Northern Scotland, western Ireland, Northern Namibia, South Africa, Northern Chile, Southern California and possibly the Eastern Cape of Good Hope.

What Habitat Does Eel Sharks Prefer?

The Eel sharks live in tropical, subtropical, temperate, or marine waters at extreme depths. Like other sharks, the Eel shark prefers deep-sea habitats to live. They are spotted along the off-shores continental shelves at a depth of 1640 to 3280 feet or even deeper at 4,900 feet.

Eel sharks belong to the family Chlamydoselachidae – a primitive group of sharks that look like a shark. They have long slender bodies of chocolaty brown color with flat heads and short snouts. The eyes are large but are not protected by a protective membrane. They have two openings near the eyes which function as nostrils. Six gills sites are located near the throat which helps them breathe. They have multiple rows of teeth – 19 to 28 teeth are positioned in the upper jaws and 21 to 29 are embedded in the lower jaws. The dorsal fins are small, long caudal fins and paddle-like small pectoral fins help them to swim with agility throughout the extended oceans.

What Is The Size Of Eel Sharks?

According to the data collected from the fossils study of Eel sharks, these species can be 1.3 feet or 39 cm when they are born and reaches a maximum length of 196 cm or 6.4 feet. The female sharks are larger than males – the male sharks mature at the length of 5.6 feet or 1.7 meters whereas females mature at 6.6 feet or 2.0 meters.

What Are The Behavioral Adaptions Of The Eel Sharks?

Eel sharks are the slowest species that live deep in the ocean waters. These species are believed to roam solitary in the extended ocean waters and interact only with their mate during the breeding season. Sometimes these sharks exhibit incredible swimming patterns which look exactly like an eel. As they are bottom dwellers, so they rarely interact with humans and thus pose no harm to them.

As bottom feeders, the Eel sharks adapt different hunting strategies to hunt their prey. When they are in hunting mode, the Eel sharks curl themselves and move with momentum toward the prey to attack and suck the prey. They may manipulate the fish by using their bright teeth and attracting them. Primarily, the sharks feed on cephalopods, small sharks, mollusks, sea slugs, or bony fishes

How Do Eel Sharks Reproduce?

Eel sharks are ovoviviparous species that after internal fertilization and development give birth to young pups. The gestation period of Eel sharks lasts for 1 to 2 years. After the incubation time, 2 to 15 pups are born that have an average life span of 25 years.

What Is The Conservational Status Of Eel Sharks?

According to the Red list of IUCN, Eel sharks are considered Near Threatened. Although, they are not the targeted species of the fisherman but got accidentally trapped in a net and are kept in aquaria which may result in the extinction of such species because they are deep oceanic species that are not able to live in the artificial environment.

Eel sharks are commonly known as Frilled sharks that have an Eel-like appearance. They are named so because they do not undergo evolutionary changes for millions of years which is why they have gone extinct. Recently, a specimen of Eel sharks has been spotted near the coastal waters of Portugal. As they are bottom dwellers, the exact number of these species is still unclear.