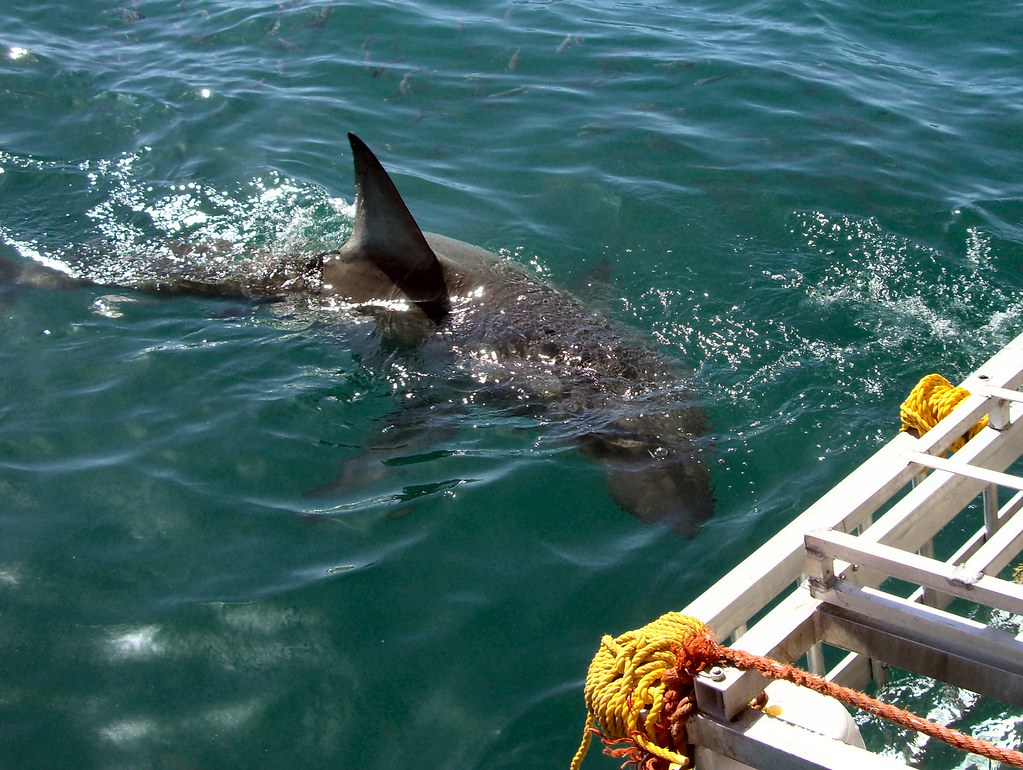 The underwater world is full of mysteries, thrill, and adventure, and the more you explore, the more it fascinates. As one of the hundreds of marine life species, sharks stand out due to their large size but, at the same time, are considered the most dangerous. There are over 500 different shark species, some of which are as large as a school bus, not to mention their power, strength, and capability. With boats being widely used in the oceans for various purposes, many people wonder if a shark has ever attacked one.

Nowadays, boats are used for a variety of purposes, including travel, recreation, living, business, sport, fishing, water skiing, and a variety of military purposes.

On top of that, big boats are being utilized for the purpose of freight transport. The water transportation method offers many different advantages, such as a high degree of safety, an efficient and inexpensive means of transportation, the ability to store large amounts of cargo, as well as easy access to ports.

With all that comes the marine species and, in particular, the sharks, occupying the world’s oceans for thousands of years. In fact, sharks have been around since before dinosaurs, so imagine how it will feel to allow someone into your habitat.

Ever since their existence, sharks have been dominating the waters, and it is believed they will continue to do so for years to come. A species of sharks such as the great whites are apex predators of the ocean, and they hardly face competition from none other than the killer whales. Other than that, nothing can withstand the sharks. Having powerful jaws and hundreds of razor-sharp serrated teeth with a strong bite force, the sharks have the ability to tear apart anything and everything into pieces.

However, keep in mind that not all sharks share the same characteristics. All species possess different attributes, behavior, and capabilities. But you never know which species of shark you may come across while you are in the oceans.

Sharks’ attacks are something we all are frightened of because the attack can prove to be fatal and can take your life. When you look at the statistics of which shark is responsible for most attacks on humans, you see that the great whites, tiger, and the bull shark take the top positions. The ultimate giant beasts, these sharks are known to be highly aggressive, feed on large mammals, and also attack inanimate objects. Get to know where great white sharks are found and where the bull sharks live.

With the presence of hundreds of sharks in the ocean, it turns out to be a major concern if sharks will attack a boat or not. So, let’s begin with this and find out what the chances are of a shark attacking a boat.

Sharks are populous marine creatures, and some of them keep moving at all times. They will surely be disturbed if anything comes in their way, especially the ships. So, is there a chance a shark will attack a boat? Yes, there is.

As said earlier, sharks are reported to attack inanimate objects, and boats are one of them. However, most of the time, they do not attack but only bump into it to check if it’s an edible thing. The unintentional collision may also occur in open waters.

Apparently, it’s clear now that sharks have not only attacked the boats but even other physical objects. Furthermore, you can read out the story published by Newsweek reporting about the great white and bull shark attacks on boats. Another story shared by National Geographic stated the incident where the great white shark leaped out of the water and landed on a ship.

Want to read more? Check out the story shared by the Men’s Journal of Great white sharks attacking a fishing boat during a harrowing encounter off Los Angeles County.

All these reports make it crystal clear that you may encounter a shark in the ocean even if you are in a boat. So, just be careful about it.

What type of shark are most likely to attack a boat?

As stated earlier, sharks come in all varying sizes, shapes, and colors, and also, they have distinctive behavior and habitat. When it comes to attacking a boat, despite not being the only species to be involved, white sharks are the most common perpetrators of these attacks. In terms of size, great whites are the largest predatory shark, so you can imagine their strength and power.

This species is also responsible for most attacks on humans, followed by the tiger shark and the bull shark. The same goes for the number of attacks on a boat.

Why do shark attack boats?

When you look at the shark’s diet, we see that most of them eat on other marine creatures, or some of them rely on plankton. It is a common perception that sharks eat humans, but it is not true as well. So, why do sharks attack boats? Well, there can be multiple reasons for this; after all, you are roaming into their home.

In some cases, it can be the result of mistaken identity since the outline of a swimmer or surfer often looks almost exactly like that of a seal or any other animal from below the surface of the water.

Other than that, the poor visibility, shark infestation, human activities, and habitat also influence why a shark would attack a boat.

The shark is one of the most powerful oceanic creatures that has been around for millions of years, and as a large top predator, it plays an integral role in maintaining a healthy marine ecosystem. However, human activities in the water, and in particular the boating system, are affected by the fact that sharks have the ability to attack a boat, and they have done so quite a few times.

With this, it should be noted that it might not be an organized attack but merely a collision. Nevertheless, considering the strength and power of sharks, you should be careful about it, as even a shark bump can result in huge loss.